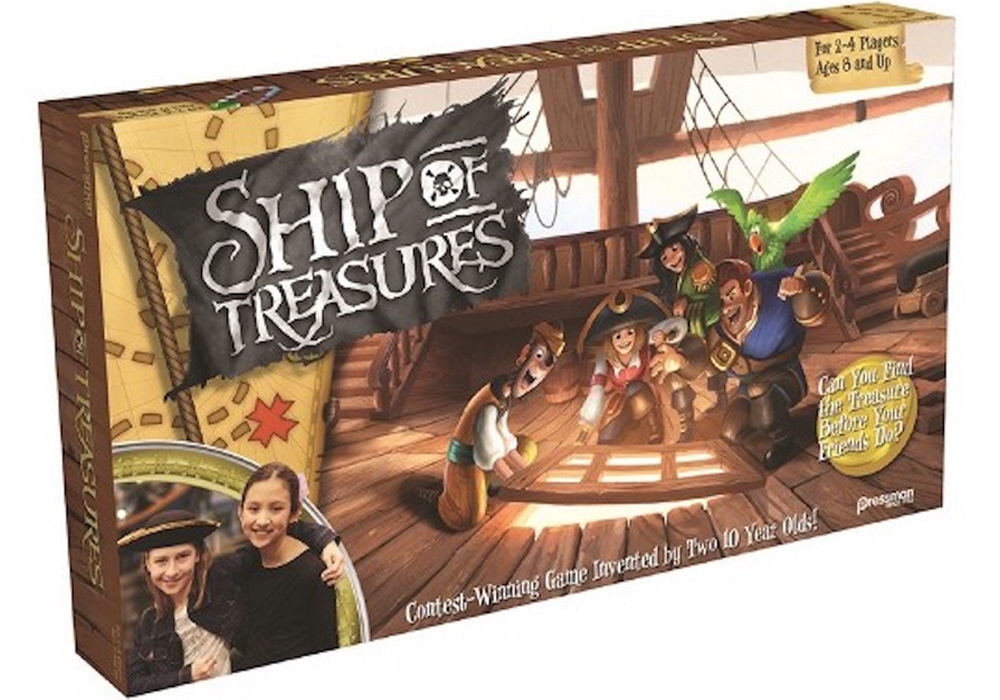 When fourth-graders, Olivia Wasilewski and Brynna Siewers, created a board game, Ship of Treasures, for a school project, little did they know they were only just beginning to set sail on their own thrilling adventure.

The girls entered their 3-D game in Chicago Toy & Game Fair’s annual Young Inventor Challenge in 2016. “When we got there, we saw games that looked better than ours and we didn’t think that we would win because we had an ugly cardboard box,” says Olivia.

Despite their doubts, they took home the grand prize.

Last fall, they took home the Toy & Game Innovation Award (TAGIE) for Young Inventors of the Year. Now, their game, for kids 8 and older, is flying off Target’s shelves.

“When I first saw it on the shelves, I was overjoyed. It was really fun to see after all the hard work,” Brynna says.

Their success doesn’t surprise those who know toys and games.

“When designing their game, they thought about what they like to do when playing games, such as collecting items, creating treasure maps and using a 3-D board,” says Beth Engelman, spokesperson for the Chicago Toy and Game Fair and the Young Inventors Challenge. “It’s a brilliant idea so I’m not surprised their game is a smash hit!”

The girls attribute part of the game’s broad appeal to the pirate theme. The objective is to find hidden treasure while avoiding cannon balls from other pirates.

“We didn’t want anything that involved stereotypes, we just wanted to make a game for everyone. Pirates are fun,” explains Olivia.

The girls are donating a portion of their profits to Ann & Robert H. Lurie Children’s Hospital in honor of Sofie Shields, a classmate who died from cancer.

The girls say they learned a lot about teamwork, both with each other and with corporations like Pressman and Target. “The experience has definitely made us better friends,” Olivia says.

They encourage other kids to create their own games. Find information about this year’s Young Inventor Challenge here.