You can’t change your kids personalities 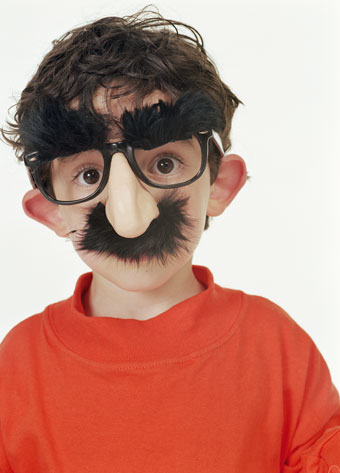 Your child may be growing faster than you can keep track of, but his personality? That’s pretty much set.

A new study published in the journal Social Psychological and Personality Science has found that we tend to remain recognizably the same person from childhood to adulthood. “Our personality does seem to stay with us,” says lead author Christopher Nave, a doctoral candidate at the University of California Riverside.

Nave and his colleagues used data collected on schoolchildren in the 1960s, where teachers had provided feedback about the personalities of their students. More than 40 years later, the researchers tracked down a large number of the original participants to bring them in for a personality interview. “We saw that the way teachers perceived their students predicted how they were behaving decades later,” Nave says.

And these findings may mean you can get a sneak peak into your child’s future. Children who were rated “verbally fluent,” defined as unrestrained talkativeness, grew up to be dominant and socially adept by the time they were middle-aged. “Adaptable” students tended to become cheerful and curious, while “impulsive” kids were later talkative and loud. And humble kids-those whom teachers said had a tendency to “self-minimize”-were linked with feelings of insecurity and humility as adults.

The findings, Nave says, mean that while people’s personalities can change over time, it may take more work than previously thought. He suggests promoting a blend of different behaviors in your children, as well as asking teachers for feedback. While parents tend to promote being humble, for instance, you may want to step in if the teacher says it’s happening to an extreme degree. On the other hand, talkative children-even to the point of almost disturbing the class-tended to find appropriate outlets and succeed in the long run.

One local mom shares how she helped get her confident, brave girl back.
Read more
At Home