Build to your heart’s content at Brick by Brick 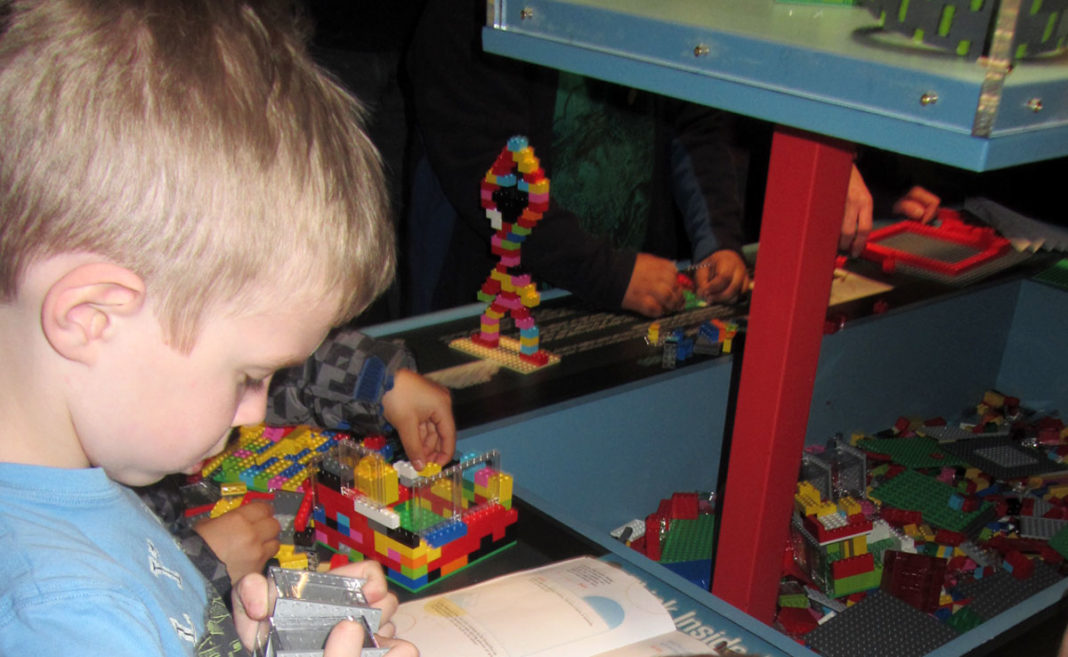 Have you ever noticed that your kids are way more likely to play with the Legos at someone else’s house than at their own? It seems there’s just something about the popular toy that holds an allure – especially if they belong to a friend.

Museum of Science and Industry

So imagine their buddy’s Lego collection was multiplied by a couple of thousand, and you’ll have a small idea of why families are so into the Museum of Science& Industry’s new Brick by Brick exhibit. These Legos, whether built into replicas of some of the world’s most iconic structures or waiting for little hands to make something of them, are pretty hard to resist.

The set piece of Brick by Brick is the remarkable 60-foot Golden Gate Bridge, made entirely of Lego products. In our family, the adults were most awestruck by all the incredible structures, from the ultra-modern Burj Khalifa to the ancient Roman Colliseum (and an impressive Cinderella’s Castle), while the boys (ages 3 and 6) were more taken with all the hands-on options.

Kids will love building structures and testing them against earthquake and wind forces, seeing how real I-beams hold up under their weight and testing their own strength with pulleys. Tweens can try out the complimentary scavenger hunt and learn some scientific principles along the way, plus test their architectural know-how in Brick City (we spied at least one high schooler having a blast).

My six-year-old nephew loved the Innovation Studio, where two visitors had three-and-a-half minutes to build Legos to fit a given challenge. It was pretty impressive to see the kids use their imaginations and obvious Lego-building skills to create structures that were then given the Innovation, Aesthetics or Function award (don’t worry, everyone’s a winner).

As for the three-year-old, he would have been content to build all day at the Lego stations, whether constructing buildings, creating and racing vehicles, or dabbling with Duplos. In fact, the pull of these “foreign” Legos was so strong, you never would have known that he has his own collection at home! Looking around the large exhibit, I was fairly certain he wasn’t the only one who’d fallen in love with all the possibility Legos represent.

And the bonus, for parents at least? Since these Legos aren’t in your living room, all the cleanup is on the museum.