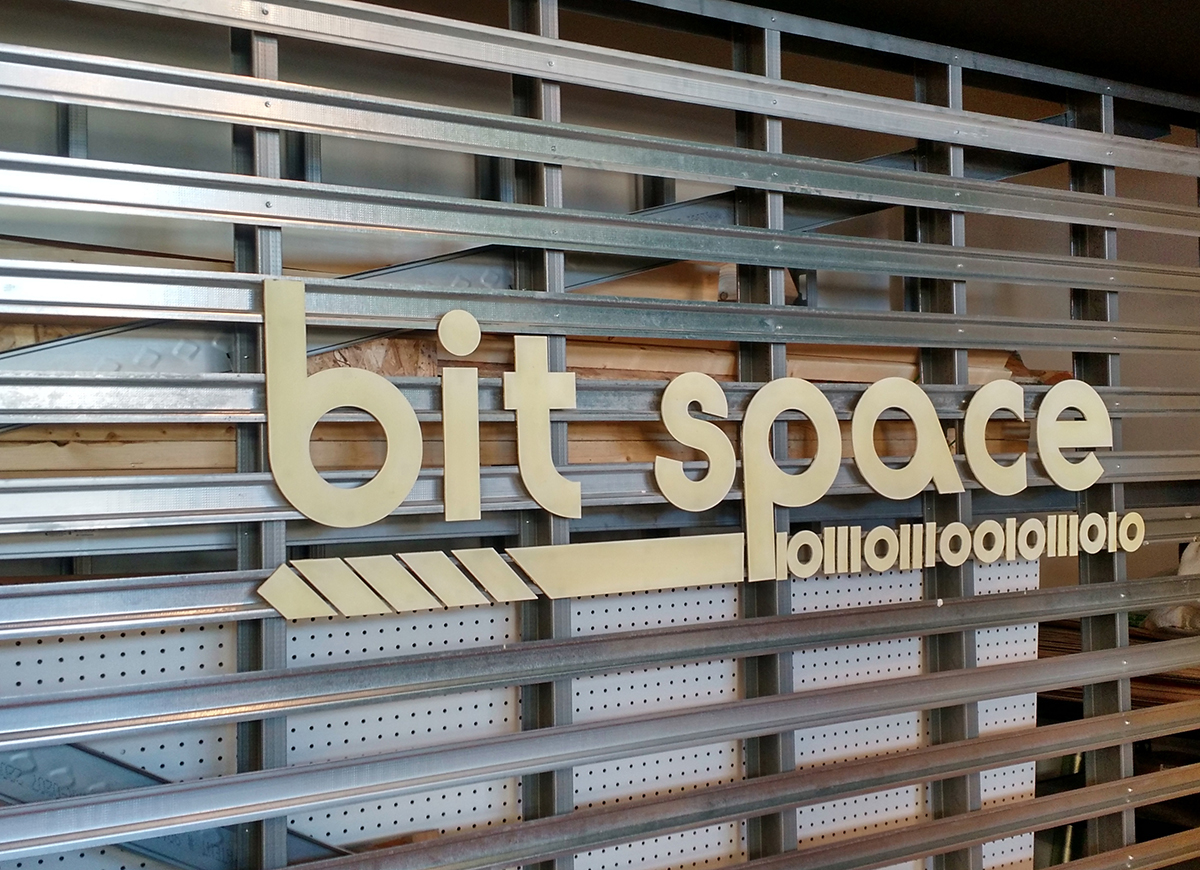 When I was in junior high, we had a class whose name eludes me but involved all kinds of “shop-type” projects. We learned to draw plans and build with plastics, wood, etc. It alternated semesters with Home Economics where we learned to cook and sew. My children will not get those type of experiences until at least high school, if even then.

My oldest son, who is 10 years old, and I got to experience Bit Space first-hand this weekend and it was hard to get him to leave. The well-lit and perfectly organized shop had everything a young maker could want. My son was in awe of all the tools and gadgets and lamented that we needed a bigger, and more organized, garage.

Bit Space offers workshops, after school programs and camps all set to a curriculum that allows children to learn and progress through certifications and achievements. Kids have plenty of freedom in the space which serves a greater purpose of teaching them how to take an idea from conception to production.

Bits: All purpose general construction theme. Bits sessions will use both computer tools and hand tools to make physical things with real materials.

Prints: Prints presents techniques for digital model building, design problem solving and the use of these cool new machines.

While we were there we got to dabble in each section. My son printed a chess piece with the 3D printer. He used a laser cutter to place holes in a MDF board that he later screwed into the frame of a structure, which he had previously helped measure and cut wood beams for. He then did some soldering to make buttons, which would be placed into a hole he previously cut in MDF and coded to become part of a virtual reality game. We ran out of time to do the actual coding, but he did get to wear Oculus Rift (a virtual reality head-mounted display) and try his hand at a virtual reality game.

As I dragged him from the building he begged to come back for a workshop or summer camp. It was fun to not only see this awesome space but to see how a bunch of 10- to 13-year-olds who had not meet before worked together for a larger goal. I hope to see more of these types of centers opening in even more locations!

If you’re in the suburbs like me and can’t make a regular trip into the city for a class check out some of these upcoming maker events and maker spaces in Lake County:

Highland Park Public Library has a 3D printer and holds monthly maker events for adults and teens. They also have some upcoming events for kids on Dec. 8, Dec. 21 and Dec. 30.

The Ela Area Library in Lake Zurich has a new maker space called Forge. This space is set up to encourage tinkering and creation.

The Barrington Area Library has a maker lab that is available for cardholders. It includes a 3D printer, laser cutter, vinyl cutter and maker kits.

Since the pandemic, even more children are struggling with reading. What to look out for and how to help, with advice from Redwood Literacy.
Read more
Guides