What the baby brought one Chicago family 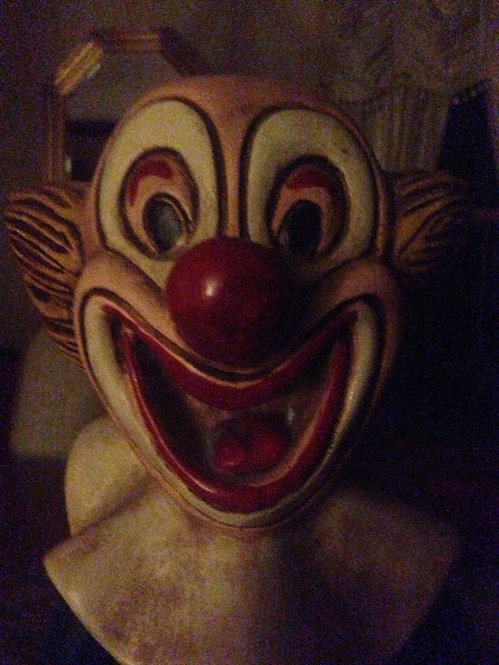 This week’s blog post is by WDP co-host Matt Rocco, who lives in the Edgewater Glen neighborhood of Chicago with Professor Foster (his non-white, non-dad wife), their daughter Viva, and so. much. stuff.

The die was cast before he had scooped all of the pink wrapping paper from the baby shower off the floor. It had already begun – the infiltration. Sure, the baby was coming, but that was an invited presence, one that had been developing for months. This was something more sinister, something that had decided to accompany the baby, an insidious force that had clawed its way into this world through the rift torn open by the baby’s conception.

It crept on pink plastic feet. It slithered on velvety blankets. It rolled on wobbly wheels and played a merry tune. It smelled like lilacs, and baby power, and chemical approximations of berries, and though it whistled and sang and reached out for hugs, it began to replace all he had been and all he had known.

First it stood next to what had come before, then pushed its competition out – his memories, his relics, his identity, to the basement, the garage, to charities. It staked its claim and made manifest its destiny. His world was being reshaped, repainted, reupholstered in purple and rose and sage and white, in butterflies and bees and flowers and ponies, in duckies and puppies and kitties and lambs. Unrelenting preciousness. Unyielding adorableness.

After the first birthday and the first Christmas, the balance of power had finally shifted. The war had been fought and won by the spreading plastic menace. It now had only to declare the terms of its victory.

And in the night it booped and it beeped and it quacked and it giggled. It rattled and counted and rained and cricketed. Though he tried to sleep when the baby slept, there was that inescapable sensation of butterfly wings near his cheek. There were telltale mechanical heartbeats and the errant skittering of rubbery candy-scented hooves. Were bean-filled paws padding across the hardwood? Were Velcro arms cuddling the sides of the mattress? And from the shadows between projected constellations were button-nosed faces coming closer to his? Battery-powered voices whispering his name? Had they come for the very spot where he lay?

Where would they put him?

What space was left?

Something plush covered his mouth…

Flee from the Grand March

If you enjoyed this piece, subscribe to the WDP podcast for free on iTunes!

You can also listen atwhitedadproblems.com. (Do note that the show has a potty mouth and is definitely for Over 17 Only.) Follow the Dads on Facebook and on Twitter: @whitedadprobs.