Best places to see baby animals in Chicago in 2013 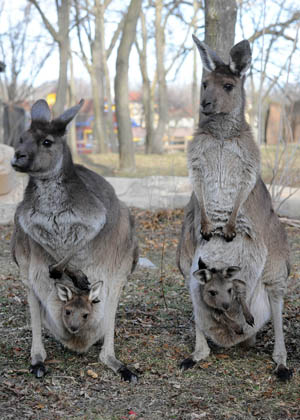 Chicago zoos are busting with babies, so we decided it was time to share a few of the most adorable with our readers. Check out our slideshow of everything from kangaroo babies that have just left mommy’s pouch to sweet, long-necked giraffes snuggling with parents.

Chicago zoo’s are busting with babies! Take a look at a few of our favorites.

Two kangaroo joeys born at BrookfieldZoo are now exploring their outdoor habitat at the Australia
House exhibit. The joeys, born on Feb. 20 and March 13 of last year
to moms Daisy, 7½, and Sheila, 11, have been spending more time out
of their mothers’ pouches.

The 10- and 11-month-old joeys began hopping around andexploring their new surroundings this past November and just thismonth, respectively. As they grow, they obviously will be too bigto fit in the pouches but will still stick their heads in to nurseuntil about 18 months of age.

Arnieta, a 5-year-old reticulated giraffe at BrookfieldZoo, gave birth to a male calf in the early afternoon on Nov.
12. They’ve been off exhibit until this month, when mom and calf
can finally be seen indoors in the zoo’s Habitat Africa! The
Savannah exhibit.

The birth took place in an off-exhibit area. Soon afterwards,the 150-pound, 6-foot-2-inch-tall calf stood and began nursing.Following a 14½-month gestation period, mother giraffes give birthwhile standing, thus resulting in an approximately five-foot dropdelivery for the calf. Within an hour after birth, the calf born atBrookfield Zoo was standing. When fully grown, he could potentiallyreach 18 feet tall. 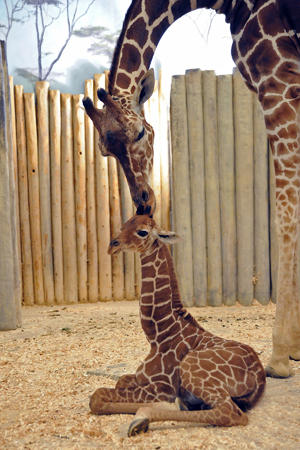 BrookfieldZoo is also the home of two litters of dwarf mongoose pups. The
litters, born on Sept. 12 and Nov. 24, include three males and four
unsexed puppies respectively. Guests visiting the zoo can see the
family in the Habitat Africa! The Savannah exhibit.

Mongoose pups are born with their eyes closed; they open whenthey are about 13 days old. Mongooses are very gregarious and havea highly cooperative society with well-developed social roles.There is one dominant female and male in a group as well assubordinate males and older offspring. The subordinate males andolder offspring usually help care for the younger pups in thegroup. Puppies begin to play fight after their eyes open. This ispractice for when they are older and need to defend their ownterritories. 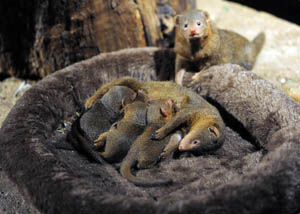 Lincoln Park Zoo has had a gorilla baby boom, with two western
lowland gorillas born last fall. Both baby girls can be seen at the
Zoo’s Regenstein Center for African Apes from 10 a.m.-4:30 daily,
along with the rest of their gorilla families. Each day at 1:30,
the adult gorillas participate in training of computer cognition
sessions that visitors can watch. 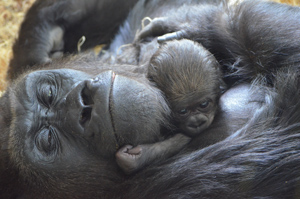 This fall, Lincoln Park Zoo also welcomed a new zebra baby. The adorable
baby boy, named Kito, can be seen at the zoo’s Antelope & Zebra
area. Kito was born on Aug. 23 and has an older brother named Enzi
who was born in in 2010. 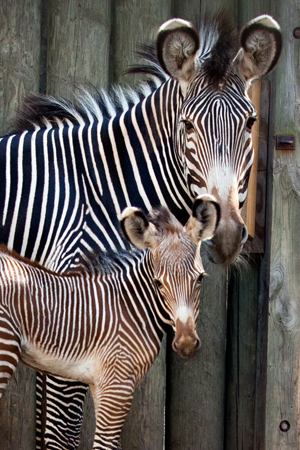 Eighteen tiny ornate box turtles also joined Lincoln Park Zoo this fall, but the new arrivals are destined
to leave the zoo when they’re a little older. These quarter-sized
turtles are part of a conservation effort that aims to restore the
dwindling population of the threatened ornate box turtle across the
state.

The babies live in groups of six surrounded by comfy moss thatthey can use for nesting, and the climate is kept warm and balmy -just the way turtles like it. Animal care staff feed themspecially-formulated, high nutrient turtle chow. When the turtlesare mature enough to be released, they will settle into their newhome at Lost Mound Sand Prairie, a Unit of Upper Mississippi RiverNational Wildlife and Fish Refuge in Savanna, Ill. 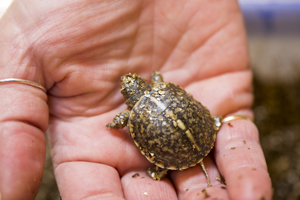 One of the smallest of the new babies is the diminutive Boliviangray titi monkey born Aug. 18 weighing only a few ounces. Itsmother is the oldest of her species to give birth in a NorthAmerican zoo. The baby and its parents can be seen at Lincoln Park Zoo‘s Helen C. Brach Primate House. Titi families
are known for being tight knit, and fathers and siblings pitch in
with childcare duties. The titi monkeys at Lincoln Park Zoo can
often be seen sitting close together on the same branch and
intertwining their tails as a bonding behavior. 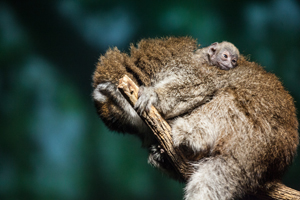 After watching the new Disney Pixar movie, try out these activities with your child.
Read more
Travel

From Kings Island to Medusa's Slidewheel and more, here a few last-minute excursions to enjoy with the kids before the new school year.
Read more
You

How a mom of two tuned into her needs and is now laughing throughout Chicagoland with Bad Momz of Comedy.
Read more