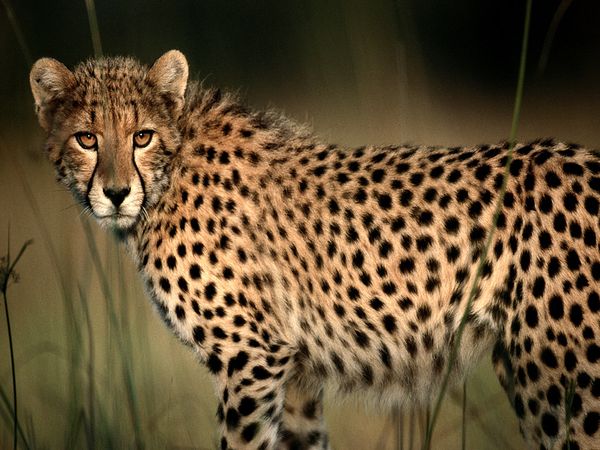 The Olympics give us a chance to marvel at the super-humans among us, and while human Olympians have amazing physical abilities, for wild animals strength, speed, agility and endurance mean more than just medals: they are a matter of survival. Check out some fun facts from the National Wildlife Federationabout animal Olympians with gold medal-worthy abilities.

High-Jump Hotshots – The champion of the animal world may be the spittle bug. Don’t be fooled by its size: while it’s only as long as a pencil eraser, it can jump a whopping 115 times higher than its body length. That would be equivalent to a person leaping over a 70-story skyscraper!

Going the Distance – The Chinook salmon takes the cake for endurance. They travel more than 2,000 miles as they swim inland from the sea and head up the rivers and streams where they hatched. That’s about the distance between Detroit, Michigan and Los Angeles, California. Then there is the Arctic tern, a bird with the longest migration, literally migrating from one end of the planet to the other. Traveling from the Arctic all the way to the Antarctic, and back again, each year means they cover about 50,000 miles in total!The sooty shearwater comes in at a close second with a migrating journey beginning in New Zealand and ending in the North Pacific, 40,000 miles annually. The Pacific gray whale can scrapes by with the bronze medal. It’s the longest migrating mammal, traveling a round-trip journey of 12,000 miles.

Taking the Plunge – The beaked whale can dive deeper in the ocean than any other animal, heading down to depths of 6,230 feet – that’s over a mile deep! And if that wasn’t impressive enough, it can then hold its breath for 85 minutes before resurfacing for air.

Jungle Gymnasts – The African Bush Baby is a tiny primate that lives in the treetops and has some incredible leaping abilities. As it prowls the tropical forests at night looking for fruits and insects to devour, bush babies can make leaps of 20 feet or more, which is many times their own body length. They are great jumpers and acrobats too, as they move in complete silence and have no trouble seeing in almost absolute darkness with the help of their huge eyes.

Run, Run, Fast as You Can – We all know the fastest animal on the planet is the cheetah, which can run at speeds over 60 miles per hour. But even that doesn’t always ensure this big cat gets a meal. The cheetah preys mainly on gazelles and other small antelope, and while they’re not as fast as the cat, they have greater endurance and agility in a high-speed chase and as a result often escape the spotted speedster. The silver medal would go to the pronghorn, the planet’s second-fastest animal with a top speed that almost matches the cheetah’s.

Speedy Swimmers – The killer whale or orca usually cruises at speeds between 2 to 6 miles an hour, but it can swim up to 30 or 40 miles an hour! The gentoo penguin can’t fly in the air like other birds, but it sure can fly through the water. With a perfect shape for swimming and wings that work like paddles, it can reach a speed of 15 miles an hour, three times faster than humans.

Learn more about other amazing animals at nwf.org

What’s the secret to igniting a love of learning in your child? An appropriate early learning environment offers many advantages of preschool, says an expert from Smart Love Preschool.
Read more
Outdoors