An age-by-age guide to enjoying the Super Bowl 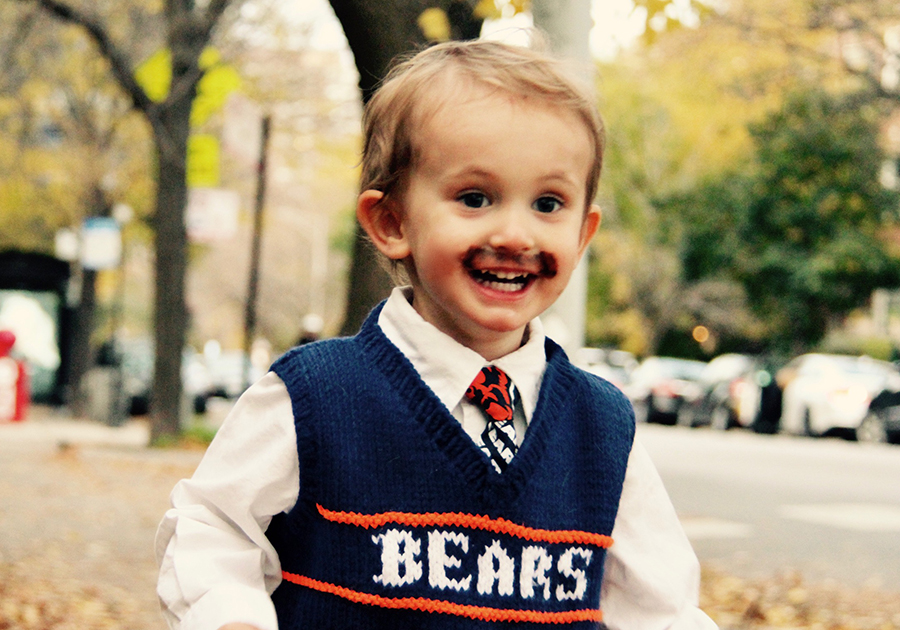 Each year the Super Bowl marks a couple of important cultural markers in America.

First, it is the final hoorah of Eating Season. Eating Season is what I like to call the 3-month extravaganza that begins at Halloween when Americans consume even more of their most delicious and comforting candies, bulldozes through Thanksgiving, when we eat all our feelings about being with family (or our country having elected a nationalist orangutan to the White House around this time last year), continues through the December holidays, and ends with the Super Bowl when we can no longer actually chew and consume all our favorite foods in mushy, dip form.

Second, we lean into our baser selves and obsessions with televisions, whether it’s for the mindless sportsball itself, the best 30-second mindless entertainment our finest ad agencies have thrown at us, the mindless halftime shows or the mindless munching with people we typically actually care to be around. It’s not about the game, usually, since 90 percent of Americans are left without a team playing. It’s about admitting to ourselves we really, really, really like our televisions, and want to make a day of it. And, that’s okay.

I, for one, love the Super Bowl. I do. I love it. I love the food, the commercials, the camaraderie, the reckless abandon with which we simultaneously give up our resolutions, all of it.

Except, I don’t love the teams.

At least not this year.

This is not because the Bears aren’t in it. I’ve given up that pipe dream long, long ago. And saying this is potentially bearing the risk of getting fired from Chicago Parent as one of our editors is originally from Maine (New England) and another is from Philadelphia. No, I find myself in a peculiar position this year of just wanting both teams to lose. Luckily for me, though, it turns out that most of America feels the same way about the two teams facing off this year.

The Patriots are so smug about their recent successes they are smug about their smugness. The Eagles are famous mostly because of how terrible their fans are for doing things like throwing batteries at Santa Claus, and this was not lost on the police this year when they literally had to grease the light polls to try and stave off people climbing them after the NFC Championship, regardless of outcome of the game. Spoiler: it wasn’t even successful.

This is why I would like to suggest an age-by-age guide to enjoying yourself at the Super Bowl. Please feel free to add in more suggestions as you come up with them.

Sleep. Eat mushy food. Poop. Repeat. This is not much different than your normal day-to-day activities, nor different than your parents’ this Sunday, but if you can try to time the third step every time you hear the words “Tom Brady” and “GOAT,” it will really get you into the spirit of the night.

Honestly, toddlers, this is your year for Super Bowl glory. Anything you say or do will be cuter than Eagles or Pats players scoring, even if it’s screaming at the top of your lungs in a blind rage because the seam of your sock is suddenly on the wrong side of your toe. Keep on keeping on, toddlers. You do you this year.

Concoct and prepare the grossest, most insane dip food you can imagine and see how many people notice. You can also make a game of making a loud bleating noise every time someone mentions Tom Brady’s name and waxes poetic about his “grandeur.” Not only will Tom Brady fans be sufficiently brought down a peg, but we would all appreciate the sound we hear in our heads when Pats fans speak being brought to true fruition.

Have your parents grease some poles to see if you can climb them. This will not only give you something to do, but will also provide some much needed breaks from your parents groaning about “yet another Patriots Super Bowl Ring.” You’ll be sure to ace the gym class President’s Challenge on Monday!

ACT/SAT Prep. Start coming up with your own analogies so you feel better prepared to try and figure them out on the tests. Here’s one to get you started: Philadelphia sports fans : Other sports fans :: Donald Trump : Pretty much everyone else on earth.

Need to practice the math portions? Why not become the evening’s bookies and practice your odds-making and cut-taking skills. Educational and profitable!

20- and 30-somethings without children

I have a hard time believing an unburdened 20- and 30-somethings are reading an article on ChicagoParent.com about how to enjoy themselves on Super Bowl Sunday, but in case you are, I suggest loading up on every single food that will no longer be acceptable to little tongues if and when you choose to have children at your Super Bowl gatherings. Spicy salsas, jalapeño poppers, expensive craft beers and the sweet, sweet knowledge you will sleep the sleep only known to those without miniature humans in the house. Eat them all up, my friends.

Parents of all ages

Eat mushy foods with the reckless abandon of someone who won’t need half a bottle of Tums before bed. Drink beers like your childless friends. Give tips on battery-throwing to the younger crowd whenever one of the teams score. Try to convince your children they’ll like the commercials aimed at individuals with actual spending power in the economy. Decide if the game is worth pausing as you endeavor to put all children to bed in the middle of the game. (Psst, It probably isn’t.)

Go to bed as soon as the game is over and pray for a good night’s sleep, despite not having had one in eight years or so.