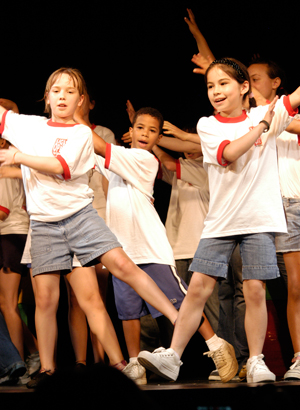 This year, why not take a week or two this summer to nurture your child’s budding talents? Here are five specialty camps in Chicago we wish had been around when we were kids.

All the world’s a stage, and theater camps can help your child access his or her inner actor. Light Opera Works in Evanston offers five one-week for pre-teens and tweens (ages 8-15). On this summer’s playbill: Annie, Disney’s High School Musical, H.M.S. Pinafore, Fidder on the Roof, and Willy Wonka. See the website for dates, letters from parents and registration information.

Raising kids can sometimes feel like a three-ring circus, so why not just give in already? CircEsteem, Chicago’s own youth circus, offers 5-day camps at its Edgewater campus for kids aged 7-17. Kids can learn to juggle, tumble, walk on stilts, and can try their hand at the flying trapeze. Is your child a natural class clown? Maybe he’ll take to the clown classes. 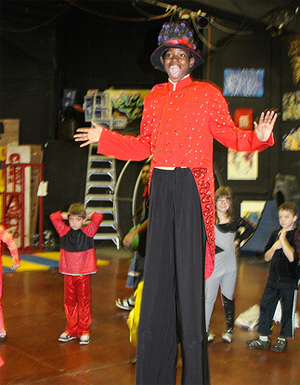 Under the Big Top

With the legend of Harry Cary looming large, Chicago loves its broadcasters. Think your little Cubs/Sox/Bulls/Blackhawks/Bears fan has what it takes? Consider honing their skills at Play by Play‘s 2011 summer camp in Skokie, Aug. 8 – 12. They’ll get inspiration from reporters Comcast SportsNet, get a behind-the-scenes tour of one of Chicago’s stadiums, and hone their reporting, editing and announcing skills at Northwestern University’s professional-quality studios. 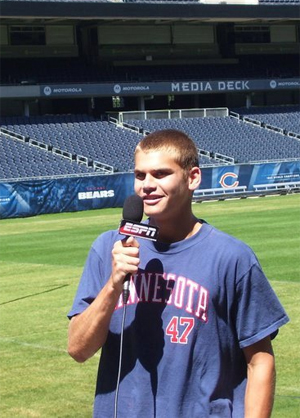 In his 1909 Plan for Chicago, Daniel Burnham said “Make no small plans.” Your little tinkerer will be dreaming big at a LEGO or robotics-themed camp. Green Apple Campus’ Robotics camps, which run half days Monday-Friday all summer locations in Lincoln Park and Naperville, use LEGOs and KNEX to teach kids the basics of engineering and send them off in pursuit of the next big idea. Plus, if they’re going to be tinkering around anyway, best to put some distance between their curiosity and your fuse box, right? 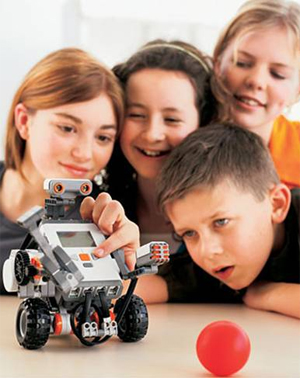 Give your little rocker a two-step in the right direction this summer. At School of Rock‘s 1- and 2-week week summer rock music camps for musicians ages 9-18. While they’re gone, you’ll have some time to look into a solid pair of noise-canceling headphones because once they come home, they’re never going to want to put down the drum sticks/bass/microphone.
Locations in Chicago, Evanston, Naperville, Highwood and Mokena.
Dates: 2-week sessions (July 11-22, July 25-Aug. 5) and 1-week sessions (June 27-July 1, Aug. 8-12)
Cost: 0 (1-week), 00 (2-week)
Website: schoolofrock.com
Also consider: Camp Jam at Lake Forest Academy