Exploring Winston-Salem: Plan a charming family trip to the South 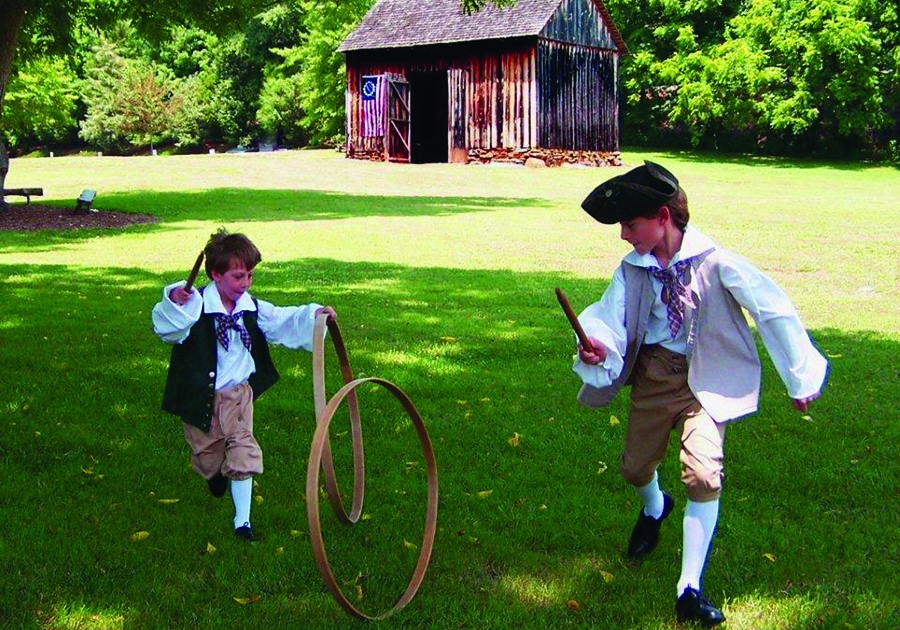 North Carolina is one of those amazing states that has mountains and beaches. Winston-Salem, located near the middle of the state, isn’t far from either, but this city, known as the City of Arts and Innovation, a fun place to visit in its own right.

With a rec room in the basement featuring a slide, bowling alley, half-court basketball court, ping pong table and foosball tables, and a giant Scrabble board, kids may never want to leave the Kimpton Cardinal. There isn’t a pool, but you don’t miss it with all the fun to be had. Kids also get a coloring book when they check in that includes pictures of the building.

Located in the old R.J. Reynolds building in downtown Winston-Salem, the hotel’s architecture is amazing and the building served as inspiration for the Empire State Building in New York City.

North Carolina history is evident throughout, from light fixtures in the shape of Moravian stars, a nod to the city’s founders who hailed from Germany, to artwork inspired by Reynolds and Hanes, two large corporations that call the city home.

Southern Living magazine also just included the Kimpton Cardinal on its list of best hotels in the South.

The Arts District is both a visual feast and a good place for an actual feast. For breakfast, head to Mary’s Gourmet Diner, which is a Winston-Salem institution. Featuring eggs from a nearby farm, the food is fresh and full of southern flavor. Check out the French toast and eggs benedict specials. And who doesn’t love a kid’s menu that includes a sausage biscuit?

Pizza is a failsafe dinner option when traveling with kids so check out Mission Pizza Napoletana. The menu also features pasta, salads and vegetable, as well as local craft beers and small producer Italian wines.

Speaking of local craft beers, check out Foothills Brewing that has more than a dozen beers — many seasonal — on tap. In addition to area favorites like fried pickle chips, pulled pork chimichangas, and shrimp and grits cakes, there’s also a Little Hops kid’s menu.

One thing we loved about the town was that several of the attractions, like the Old Salem Museums & Gardens, made it possible to learn about history and enjoy nature at the same time.

Winston and Salem were originally two separate towns and you can visit the restored historic town of Old Salem and see what life was like there by watching people reenact the work of craftsmen, including potters, shoemakers and tailors. Kids can join hands-on activities and create Moravian crafts. (For slightly older kids, it would be fun to visit Naper Settlement here in Chicagoland before or after you go and then compare and contrast what life was like in the two locations and times.)

Historic Bethabara Park is located in a 183-acre wildlife preserve that several species of animals and 126 species of birds call home. There are miles of trails as well as the archaeological site, and visitors can meet costumed interpreters and watch an informative video about Bethabara, the first Moravian settlement established in 1753.

Find a planetarium, science demos and tons of fun at Kaleidium North. The interactive space for kids is the result of a recent merger of a science museum and children’s museum. There’s an exhibit that helps guests understand the state better called ‘NC: Mountains to the Sea.’ Kaleidium North also features interactive outdoor exhibits, animal habitats and a hummingbird garden.

With the focus on the arts, there are lots of great performances in the city and at Wake Forest University, and you can get a great art souvenir in a way that’s uniquely Winston-Salem. Remember old cigarette machines that used to be in restaurants and have long disappeared? They’re still around Winston-Salem but are now Art-O-Matics, used to dispense charming little works of art.