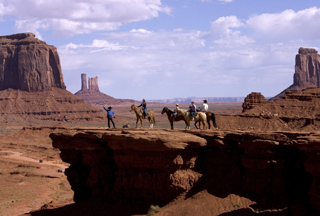 Remember those carefree travel days before you had kids? The days when all you needed was a backpack and a passport and you were ready for another adventure to another exotic corner of the world?

Travel might not be so carefree these days, but it still can be exotic. These three destinations will give your kids a flavor of the world outside the confines of LEGOLAND, Disney and other standard family fare.

This is the island for nature lovers. Whether you’re into building sand castles on the expansive beaches, hiking through the tropical countryside or whale watching in the waters off the coast, Kauai has what you need.

Known as the Garden Island, this lush spot is mostly rural and laid back. Great portions of the island are inaccessible except by helicopter, (you’ll recognize the view from the Jurassic Park movies), although the 3,000-foot cliffs of the Napali Coast are breathtakingly beautiful when seen from the water aboard Captain Andy’s Sailing Adventures. This trip is not for weak stomachs, though. On our visit in early summer, the surging waves decked more than half the passengers. The rest of us munched on our lunch and marveled at the whales that swam alongside the boat and the tiny spinner dolphins that regularly jumped out of the water to show off their pirouettes.

Don’t miss the drive to the top of Waimea Canyon, the Grand Canyon of the Pacific. Assign the kids the job of “waterfall spotter” and “rainbow spotter.” It shouldn’t take them long to find one or both.

A cruise is the easy way to introduce kids to Europe. My daughter and I discovered the joys of the Adriatic Sea on board a Royal Caribbean ship that left from Venice and stopped in Bari and Ravenna, Italy; Koper, Slovenia, and Dubrovnik and Cavtat, Croatia.

We got a taste of three historic European countries without ever having to unpack and repack, we returned to the ship each night to eat food familiar to even the pickiest of American eaters and had all the amenities of a world-class cruise ship to entertain us during a long day at sea.

While the Costa Concordia accident earlier this year gave some cruise novices pause, cruises are a great way to travel. And, as cruise lines have expanded their markets beyond the traditional senior citizen clientele, the offerings for kids of all ages is remarkable. On Royal Caribbean, there’s the Royal Babies program developed with Fisher Price for tots 6 to 36 months, a kids’ club play space that rivals the Chicago Children’s Museum and entertainment created in partnership with Dreamworks.

This uniquely American spot in the southwestern United States is the home of the iconic vistas of Monument Valley Navajo Tribal Park. The red rock buttes have served as the backdrop for John Wayne westerns and many a family photo. The key is to get everyone up in the pre-dawn hours so they don’t miss the majestic sunrise, best seen from a room with a view or, more specifically, from The View, the only hotel inside Monument Valley.

There’s a three-mile trail you can hike without a Navajo guide, but the best way to see Monument Valley is with a kid-friendly Navajo guide who can take you into the parts of the park that are off-limits without a guide. Our guide shared the Native American legends attached to every rock formation, explained the Navajo religion in terms kids could understand and imparted a bit of Native American culture to middle class city kids who might otherwise have pitied the family who lives in the run-down trailer.

Our tour stopped in the valley, where we were treated to a Native American dance performance and got a chance to learn a few dance moves and test our own native rhythm on the drums. It wasn’t a very successful lesson, unless you measure success by the giggles we elicited from the audience.

On your way out of Monument Valley, stop at the Burger King in Kayenta, Ariz. You can grab a burger if you like, but the stop is really a way to learn one last bit of Navajo history. The walls of this fast food franchise are covered with a display honoring the Navajo code talkers of World War II. These Native Americans used their native language to create a code the Nazis couldn’t break because the language didn’t have a written alphabet.