Can’t get to Europe this summer? The next best thing is traveling to one or more of these charming towns that feel like Europe but you don’t even have to pack your passport. Many attractions are open seasonally, making summer the perfect time to go.

Never mind if you can’t make it to the Netherlands. If you couldn’t tell from the name of the town, the omnipresent tulips and wooden shoes make it clear that the influence of Dutch immigrants in the mid-1800s is still prominent today. The five-story DeZwaan windmill is the only authentic Dutch windmill in the United States. In addition to trekking to the top of it, the beautiful 36 acres of Windmill Island Garden includes a children’s garden, playground, Dutch carousel and gift shops. Nelis’ Dutch Village offers families a peek into what life was like in the Netherlands in the 1800s. Little ones can slide down the giant wooden shoe, feed farm animals and ride the “draaimolen” and “zweefmolen” as well as hear music from the Amsterdam street organ.

“America’s Little Switzerland,” New Glarus, is full of charming chalet-style architecture that will have you looking for the Alps. (The rolling hills of southern Wisconsin are actually somewhat similar to the farmland found near Glarus, Switzerland, where the first settlers originated.) The town hosts several summer festivals, including Polka Fest and Heidi Folk Fest, which celebrates the beloved title character of Johanna Spyri’s classic play; Swiss Volksfest, which commemorate Swiss Independence Day; and Wilhelm Tell Festival. It is also home to the Swiss Center of North America and the Swiss Historical Village.

If you have Frozen fans, they’ll love a visit to the “troll capital of the world.” Mount Horeb, just west of Madison, celebrates its Norwegian heritage by lining Main Street with life-size carvings of the mythological mischief makers. Trolls are said to live in mounds; Cave of the Mounds is four miles away. Visitors strolling “the trollway” can grab a sweet treat at Sjolinds Chocolate Factory and pick up Scandinavian imports at shops in town.

The closest you can come to Copenhagen without crossing the Atlantic may be the Danish Villages in western Iowa. “For me, it was a great experience because I’m Danish,” says Henriette Pentz, Naperville mom of two. “It gives you a feel for who the Danes are and why they settled there. Landscape wise, it’s similar to Denmark.” See a windmill originally built in Denmark in 1848 and reassembled in Elk Horn in 1976 and learn what life was like for Vikings in Scandinavia around 900 A.D. at the VikingHjem. Don’t miss the Little Mermaid statue that is a replica of the one in Copenhagen.

If you have any Danish ancestry, trace your roots at the Museum of Danish America’s Family History and Genealogy Center. Danish food is plentiful and Rugbrød (rye bread) and frikadeller (Danish meatballs) are popular with kids. If you want to experience a blending of cultures, you can get a pizza topped with frikadeller. 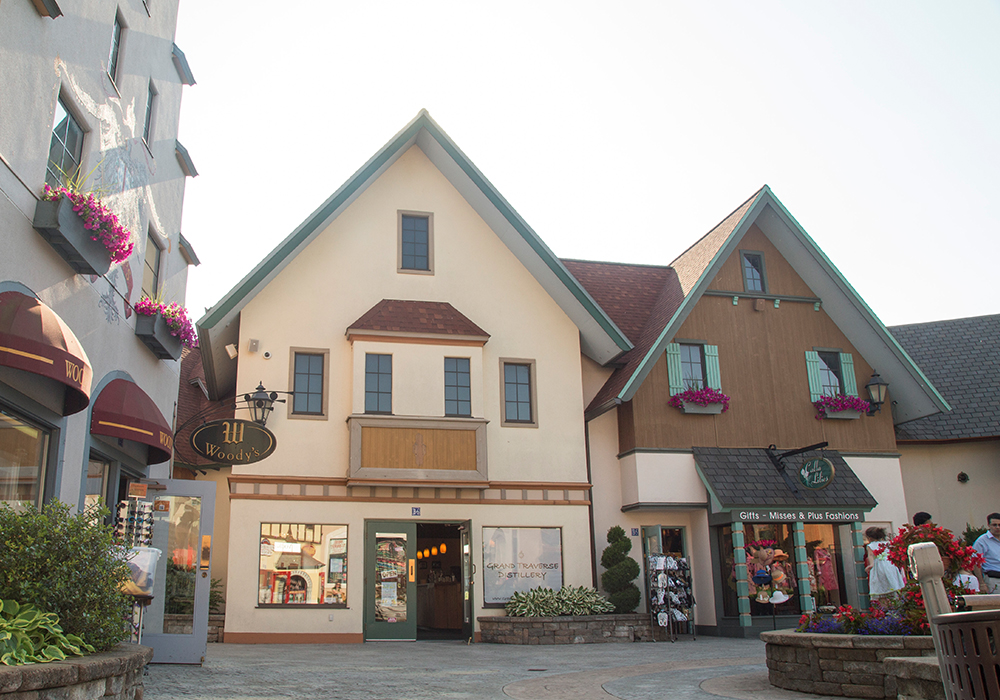 “Little Bavaria” is a lot easier to get to than heading over to southern Germany. Both the Bavarian Inn and Zehnder’s are restaurants known for amazing fried chicken; it’s so popular that they serve 700 tons of it each year. Also, the restaurants are all-you-can-eat so perfect for growing teens and tweens who seem to never get full.

Bronner’s Christmas Wonderland is home to all things holiday, all year round. It will have you humming carols and buying ornaments even if it is 90 degrees outside. For adults, a beer can be a great way to cool off and the Frankenmuth Brewery proudly carries on the German beer tradition as America’s oldest microbrewery. They have hand-rolled Bavarian pretzels as well as root bier and a kids’ menu. Bavarian Festival is a great time during the summer, but if you can’t make it, don’t worry, you’ll feel like you’re in Germany whenever you can visit.

This story originally published on June 7, 2018. It has been updated with the most recent information.