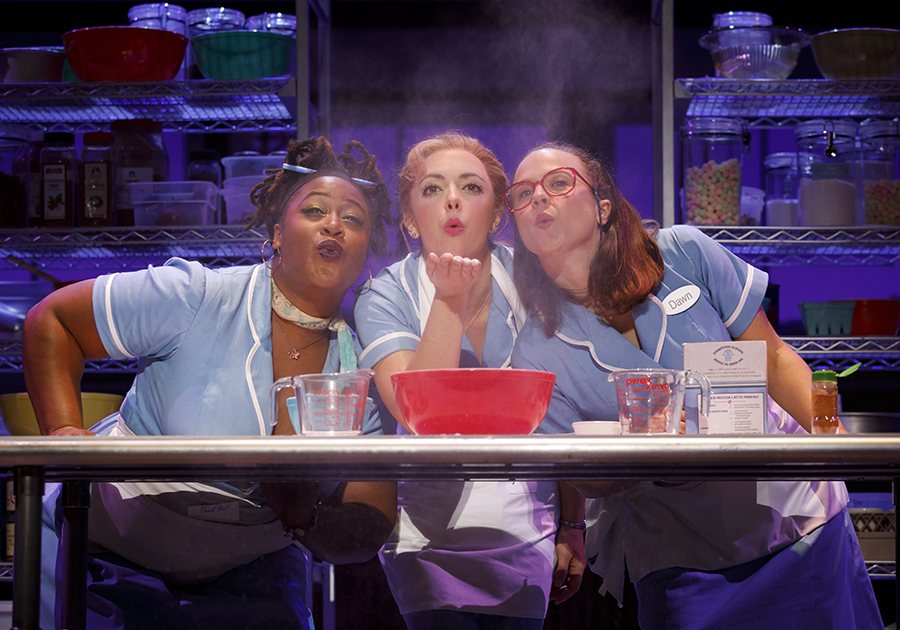 As soon as the temps start rising in Chicago, it’s all we can do to keep from singing in the streets—or dancing in the aisles. If the upcoming lineup of musical theater greatness has anything to say about it, this is definitely the summer to do it.

Inspired by true events, ‘Memphis’ tells the tale of a white radio DJ, a black club singer and the kind of dreams that 1950s Tennessee doesn’t know how to handle. Porchlight brings its signature musical prowess to the historic Ruth Page Center for the Arts and, with book and lyrics by Joe DiPietro (‘Nice Work If You Can Get It’, ‘All Shook Up’, ‘I Love You, You’re Perfect, Now Change’) and music and lyrics by David Bryan (of the band Bon Jovi), a rollicking time is guaranteed. (Would you expect anything less from the birthplace of rock n’ roll?)

The Ruth Page Center for the Arts

If we’re handing out awards for the most timely staging of 2018, Rodgers & Hammerstein’s ‘South Pacific’ is an extremely strong contender. Darkness and prejudice live quite well amidst beauty and love in this Pulitzer Prize- and Tony Award-winning musical. Under the direction of Victor Malana Maog, this production explores race, patriotism and the suggestion that maybe those concepts weren’t limited to the era of World War II.

This is definitely not the puppet show for your youngest family members. (Maybe you’re thinking of that other street?) Following the path of a recent college grad as he wonders just what to do with his English degree in the real world, ’Avenue Q’ is every bit as emotionally packed and fun as you’d want a soft n’ fluffy cast to be—but with just enough wit and fun to make you glad you’re solid with your ABCs and 123s.

Based on Adrienne Shelly’s hit film and brought to life by an all-female creative team, ‘Waitress’ centers around Jenna, a waitress, pie maker and wife in a loveless marriage who dreams of more. Her story—and journey—are sweet as pie, and original music and lyrics from six-time Grammy nominee Sara Bareilles might just even have you coming back for seconds.

If you like your Pulitzer Prize-winning stories to have Tony Award-winning restagings, then ‘The Color Purple’ and its heroine’s tale of hope and love against the odds is a solid choice. New York Magazine called it “one of the greatest revivals ever” and, with a heart-soaring blend of jazz, gospel and the blues, we’re fairly certain you’ll be singing a similar tune as well.

Calendar alert! Keep the popular Summer Concert penciled in your calendar to see what’s on next season’s horizon. Eileen LaCario, vice president of Broadway in Chicago, calls it “the highlight of the summer for Broadway fans—it’s like ‘Broadwaypalooza.’” Previews from wildly anticipated shows will be performed, so come early to stake your lawn claim amongst equally fervent fans. (‘Dear Evan Hansen,’ anyone?)

“Walk a mile in her shoes” takes on a whole new meaning when a struggling male actor steps into some high heels—and into the role of a lifetime. Tony Award-nominee Santino Fontana (‘Crazy Ex-Girlfriend, the voice of Hans in ‘Frozen’) brings the leading lady to life in a world premiere that redefines girl power.