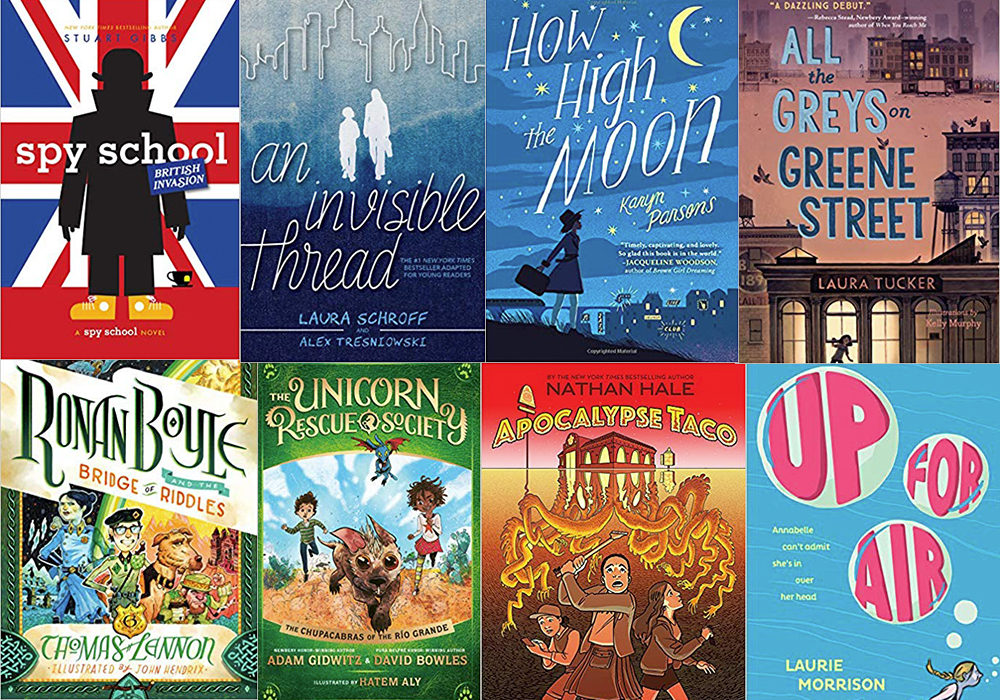 Late elementary and into middle school readers can sometimes be tough to find the perfect book for. Some are reading well beyond their grade level, but need something to match where they’ll understand, while still others are ingrained in series books just waiting for the next to come out. With that in mind, here are a few that are fun and well within the level of kids in the “tween” grades.

The memoir about an executive who bought lunch for a homeless boy became a New York Times bestseller in 2011. Adapted for readers ages 8 and older, the story is remains inspiring, as the lives of both the 11-year-old and executive are changed forever. Young readers will enjoy the narrative and the message of hope.

All the Greys on Greene Street, by Laura Tucker

A debut novel from Tucker, the tall will keep kids spellbound as they delve into life in New York in the early 1980s. It’s a May of mystery for Olympia, whose father is missing, her mother isn’t leaving the bed and she has to solve the puzzle of why sooner rather than later.

Ben Ripley and his Spy School friends have been trying to take down the leaders of SPYDER for several books in the entertaining series, and now they’re all headed to the UK. Avoiding double-agents, working with MI6 and jet-setting to France are all on the agenda.

Up for Air, by Laurie Morrison

Coming-of-age novel sees Annabelle, a 13-year-old swimming phenom, asked to join the high school swim team over the summer. The move puts Annabelle’s relationships with her friends and teammates on a course with disaster and chances to learn life lessons at every turn.

How High the Moon, by Karyn Parsons

Told in first-person from several points of view, the debut novel of the actress best known for her work on “Fresh Prince of Belle Air,” is a fresh telling of life in the Jim Crow South. Interlaced with the true story of George Stinney is a coming-of-age tale of Ella and her family relationships.

The Unicorn Rescue Society: The Chupacabras of the Rio Grande, by Adam Gidwitz & David Bowles

A fun addition to “The Unicorn Rescue Society” books, a chapter series for younger readers in the tween group. This tale takes the society into South Texas, where they team up with young locals to keep the region’s chupacabras safe.

Ronan Boyle and the Bridge of Riddles, by Thomas Lennon

Actor and Oak Park native Thomas Lennon brings the funny in the tale of a young recruit to a secret Irish police force that investigates the misdeeds of mystical creatures. Hefty at 286 pages, the quick read is all the fun tweens expect out of summer.

The aliens and monsters pop off the page in this graphic novel about the tale of a trio whose fast food run takes a turn for the surprising. This book is great for kids who think of summer reading as a chore.

When your child loses their first tooth, here's how to make the experience a special memory for them.
Read more
Guides