Street smarts: Talking to your kids about hustlers and con artists 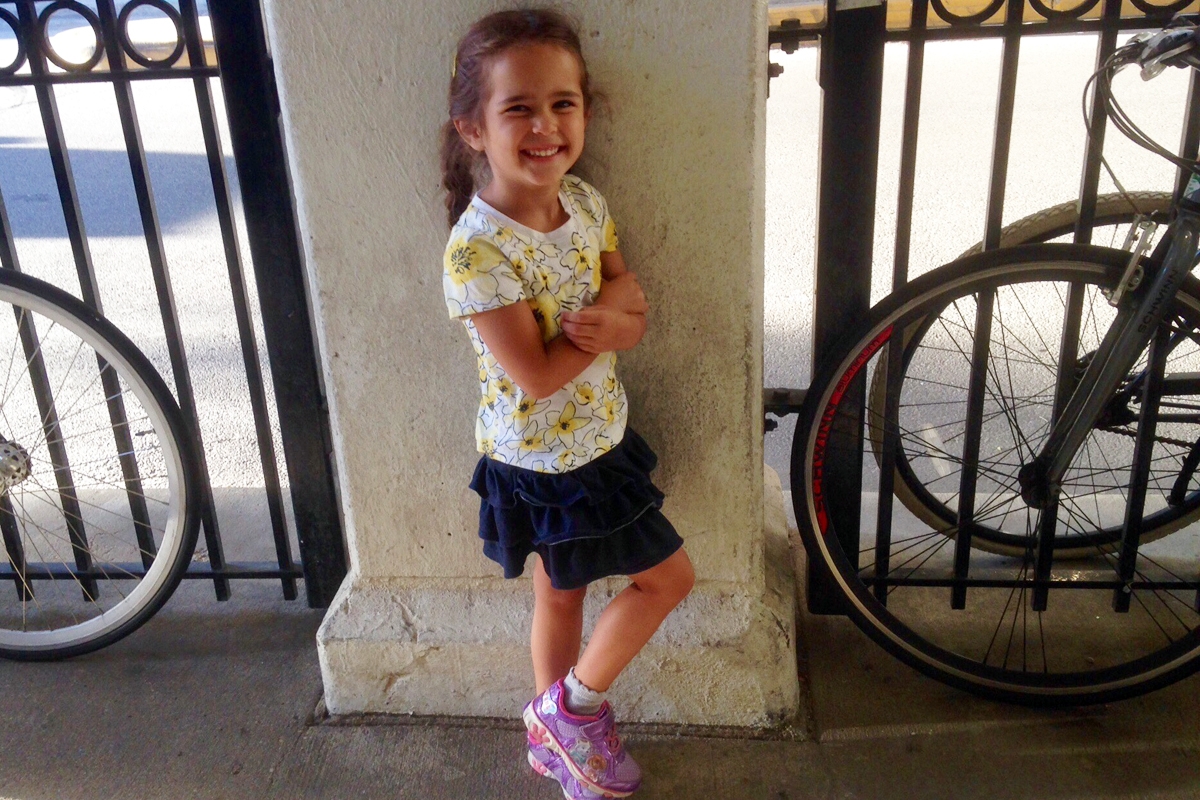 This week’s blog post is by The Paternity Test co-host Matt Boresi, who lives in the Edgewater Glen neighborhood of Chicago with his wife (“Professor Foster”) and their 4-year-old daughter Viva, who isn’t buying what you’re selling.

The worst part about preparing your kid for the “real world” is that it feels like you’re breaking their heart incrementally. Each day you reveal a new dark truth about our society, introduce a little more fear, a little more distrust, a little more cynicism, until one day your kid becomes the grouchy, hopeless xenophobe you are. But does it have to be that way?

Yesterday I was walking with my daughter to the El train when I saw a neighborhood hustler I’d run off our street before. His scam is this: He approaches his mark with an empty asthma inhaler, a cell phone and a big crucifix around his neck. He tells you he needs money for his daughter’s medicine. That he’s an honest, praying man (hence the cross), and that if you don’t believe him, call his wife on the phone he’s holding. This flim-flammer had a big juicy sucker in his clutches already–a local dad on a bike with his 9-year-old kid, and the dad already had his wallet and a fist full of money out to give to the hustler.

Probably foolishly, I started to shout to the naive dad, “Don’t give this guy money! He’s been running this game for years on this street!  I’m calling the cops right now!” The hustler protested. I pretended to call 911, he pretended to call his “wife.” The dad on the bike rode off, the hustler ran down an alley and Viva and I quick stepped it to the train.

“Daddy, why were you shouting at that man?” Viva asked me.

“That man was trying to rob that other man of his money.” I replied, too hastily.

Viva’s eyes widened, “We have ROBBERS on our street?!”  Oops.

“A hustler is someone who tries to trick people out of their money.”

“That’s not very nice of them, Daddy.”

We made it to the Red Line, and a few steps down, a guy came on car and started running a shell game! (I felt like I was in a Damon Runyon story or something. There are still shell games?)

“Daddy, are you going to play?”  Viva asked.

Yikes. It seemed really grim to lay all this out for a 4-year-old (and really weird to speak in a bunch of old carnie terms), but if you live in the city, there are hustlers, con men and scammers all over the place. I’m sure they’re in the suburbs, too, but there they are more likely to be selling you bad insurance or bad religion or woo-woo health services. There are more hustlers in this world than you realize until you start walking around holding a preschooler by the hand and watching the world with their innocent eyes.

Americans (maybe all people, really) are terrible at spotting a con. If the guy with the inhaler or the shell game operator weren’t making money off of their hustles, they’d be running a different con. Clearly people are buying it. (I was near the Red Line on the North side so there were many Cubs fans and they’ll believe anything.) We’re a nation bombarded by marketing and addicted to hype, and forty-some percent of the country is ready to vote for a real-estate scammer and reality TV phony who hustles mail-order steaks, insolvent casinos and fake college degrees. Most people are as susceptible to a con as the mothers of River City.

What did I tell Viva? I told her that the world is full of people who want to trick you out of your money. (We’ll save kidnappers and child molesters for a different post.) I told her never give your money to anyone on the street, the train or in the park (Don’t even reach for it.) because there are other ways to give to people who really need it. (That’s another column, as well.) I told her that sometimes hustlers work in groups or with partners who make it look like it isn’t a trick. (Like the shills on the train.) That a cross doesn’t make you a good person. That having someone on the other end of a phone isn’t proof.

Skepticism is healthy. Skepticism (to paraphrase Ice-T, who was talking about a different kind of hustle) is necessary. Cynicism is a drag. So I told Viva about hustlers, but I also said that most people aren’t robbers or scammers. We just have to be on the lookout for the ones who are. I told her what Mister Rogers said, to “look for the helpers.” Because for every hustler, there are many more public servants and family and friends.

Hemmingway wrote, “The world is a fine place and worth the fighting for.” I don’t know if he actually believed that, but I do (ish) and I want Viva to believe it. If we don’t believe it, what’s the point?

I told her about hustlers. You should talk to your kids about it, too. Forewarned is forearmed. But I softened it with an optimistic reminder about the kindness largely present in her world. Properly framed, maybe our children can be safe and canny without being broken-hearted … and they won’t ever blow their allowance on three card monte.