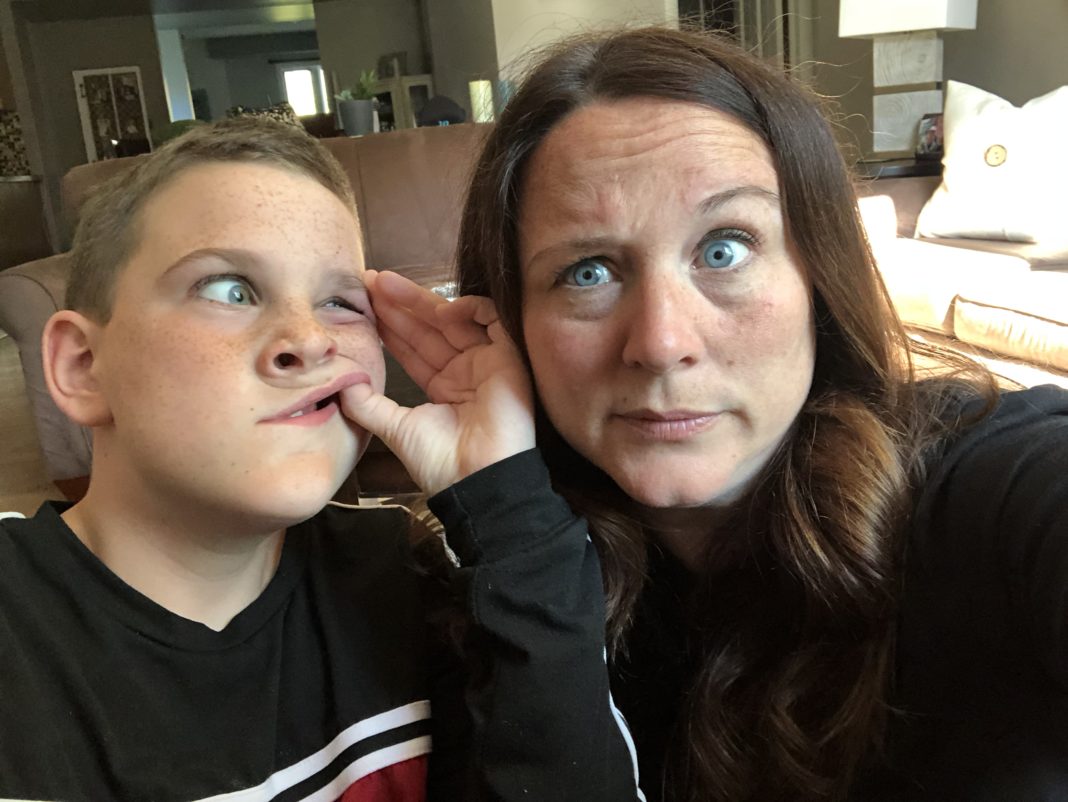 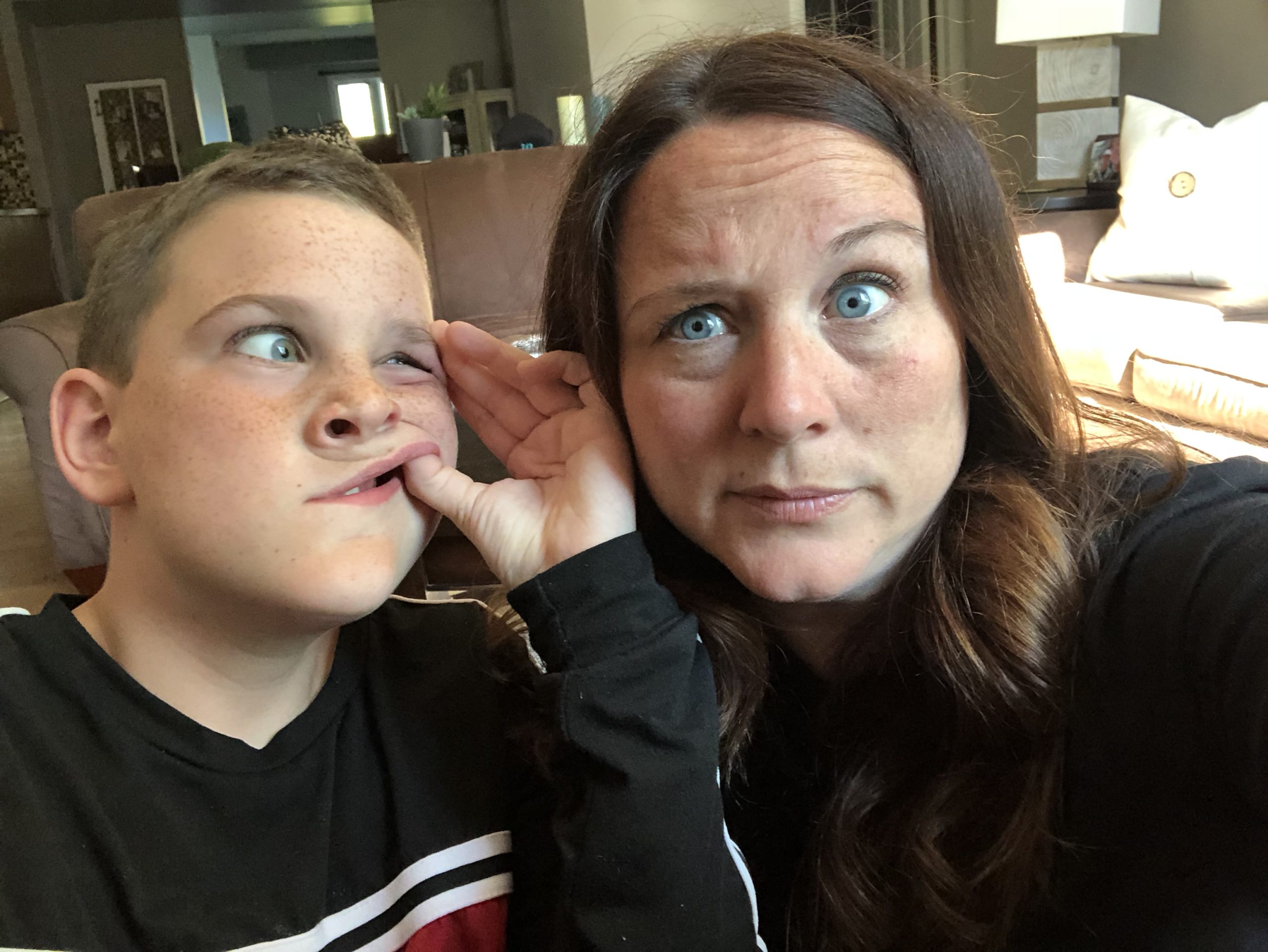 When my son said he wanted to perform stand-up comedy at his school talent show, I imagined him standing on stage telling not-so-funny knock-knock jokes. After all, Ben is 11 and I wasn’t sure what else a fifth-grader would have to say about life.

Since my husband and I are fans of a good laugh, even if forced, we gave Ben the go-ahead. He impressed us when he designated a notebook to be his joke book. For weeks, he wrote and rewrote material, hiding away his notebook in his room. I wondered what he was coming up with that needed to be kept so secret.

As the talent show approached, he began to practice and practice his delivery aloud in front of me. To my surprise, not one knock-knock joke made it into Ben’s act. He created a legitimate two-minute stand-up bit packed with mom jokes.

That’s right, jokes about me.

On the night of the talent show, as Ben waited in line to take the stage, I thought about the time when I was six months pregnant with him and my husband and I were at our favorite date spot, Zanies Comedy Club in Chicago. That night, every time I laughed, Ben kicked. The harder I laughed, the harder he kicked. I remember thinking, “This baby wants to be in on the laughs.”

When Ben took the stage, he opened with a comment about how his face was probably as red as a tomato, followed by, “Thanks for those genes, Mom.” His next joke was, “Another thing about moms is you know how they always say, ‘You can do it!’ when you can’t? Like math.”

Both got good laughs, and I admit they were funny, but hearing Ben say them in front of more than 100 people made me realize that he believed his mom jokes were meaningful. They revealed that he is always observing me, looking for ways we’re alike and unalike. That he is constantly internalizing how I react to him, discipline him and even encourage him.

That perhaps, sometimes telling him, “Math is hard and it won’t be your best subject, but do what you have to get by” is exactly what he needs to hear rather than, “You can do it!”

His teasing also gave me a sense of joy and made me feel connected to him and trusted by him. His jokes seemed like a sign of love and trust. They lacked cruelty and were graced with a hint of affection. In ways, his entire bit brought me back to being a child and stirred up similar feelings I had for my parents when I made fun of them.

Ben ended his stand-up with a joke about me calling him for help from our family room while he was watching YouTube in another room. He told the audience he found me “struggling with the TV remote.” As I asked him how to turn on Netflix, he stresses that he responded by saying, “Mom, you push the button that says Netflix!”

As the crowd roared, it hit me that Ben indeed has a lot to say about life. His perspective taught me a few insightful things about myself and my role as a parent that I never thought about before. And best of all, his bit taught me that I’ll always have someone to turn to when I can’t figure out how to use the remote.

This article originally appeared in the July 2019 issue of Chicago Parent. Read the rest of the issue.

From trendy DIY activities like rug tufting to ceramics and pottery, these spots will keep the kids busy and creative.
Read more