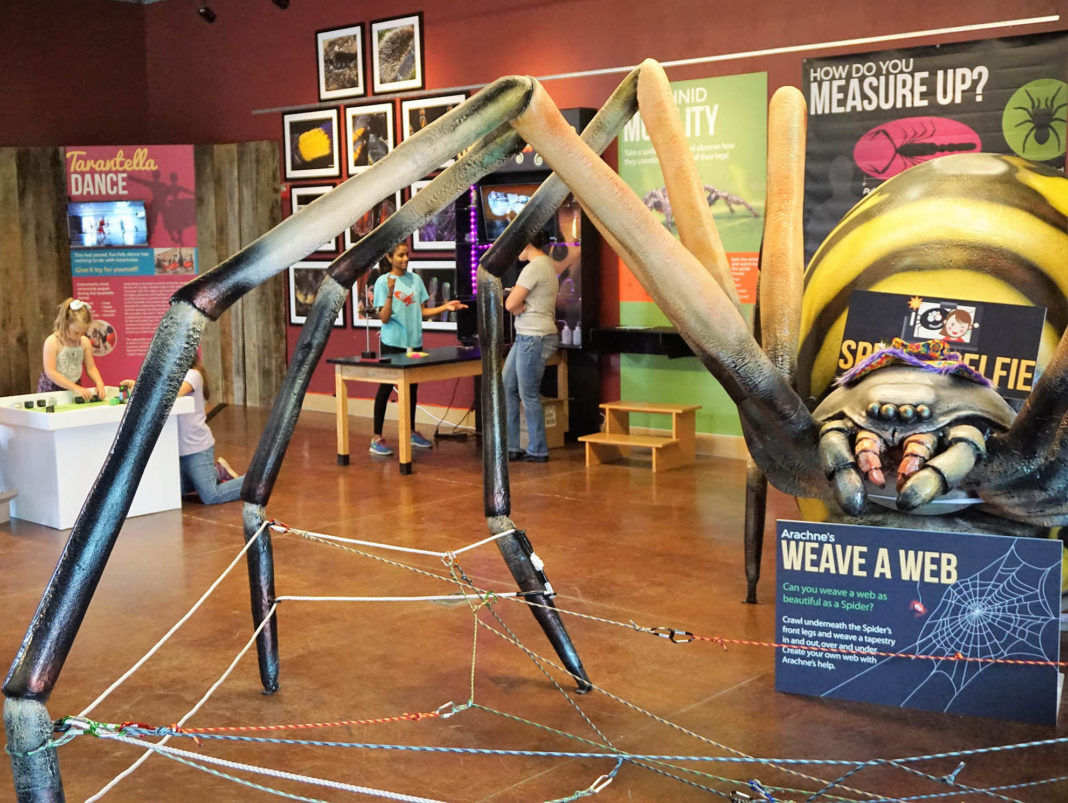 If John Kuba gets his way, spider haters will leave Brookfield Zoo’s new summer exhibit, Amazing Arachnids, with a new appreciation for the eight-legged creepy crawlies. Maybe, he hopes, they’ll even start to love them as much as he does.

In a huge white tent filled with 100 spiders and a few scorpions, it’s surprisingly fascinating to get up close to spiders you’ll not see anywhere else and spider specialist Kuba is right there to help others see the beauty and personality he sees in each one.

Spiders often get a bad rap, says Andre Copeland, interpretive programs manager at the zoo, who is especially passionate about spiders and this year’s exhibit created by Build 4 Impact.

“We wanted people to realize spiders are more than an eight-legged animal that crawls around and freaks us out. These spiders actually inspire art, entertainment, technological advances,” Copeland says. “We wanted to give people the opportunity to make their own connections and walk out deciding for themselves what spiders mean to them.”

Brookfield Zoo unveils this exhibit, the largest public collection of arachnids in North America, Saturday through Sept. 3. It takes on arachnids’ influence on science, the arts and culture (hello Charlotte’s Web and Harry Potter’s Aragog) in three sections in the exhibit.

The exhibit was built with families in mind, with spiders housed in glass cases at kids’ level and stools to help them see the higher spiders. Plus, the zoo has built in plenty of hands-on interactives, including a video teaching the fun Tarantella folk dance from Italy and weaving a spider web. Special zoo chats are planned as well; if you are lucky, you might even get to meet Fluffy, the zoo’s own bird-eating spider.

Outside the tent, located near the bison on the West Mall, families will especially love the new 3,500-square-foot Mission Safari Maze with 48 possible missions that take them through the maze while teaching about species’ survival and protection, including spiders. The maze includes a climb-on spider web, jungle vines, swinging bars and a zip slide–and plenty of dead ends to challenge the kids.

“We don’t promise that we are going to have people walking out of here loving spiders and wanting to get touchy-feely with them or that we are going to change perceptions; people may still be afraid, but they will at least have the opportunity to make a different type of connection and maybe dispel some myths,” Copeland says.