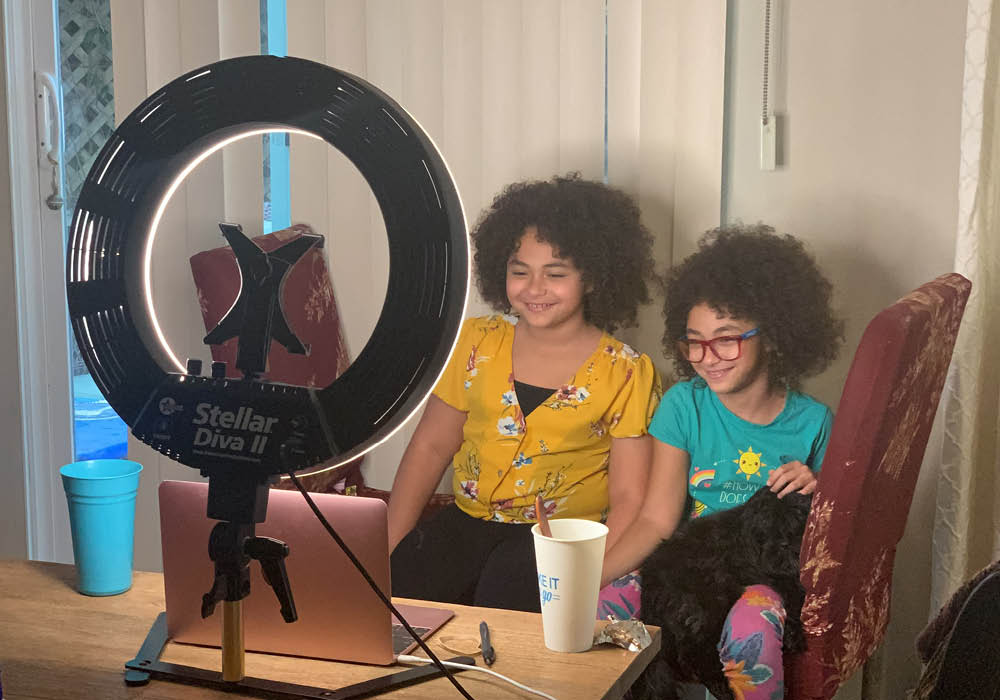 Three campers must come together to answer a series of questions, but there’s one catch: Each child can only respond with one word at a time.

It’s an improvisation exercise that takes place during The Second City Kids Comedy Camps — and it’s among the many ways that this center, which boasts locations in Chicago, Hollywood and Toronto, stretches a child’s improv muscles.

This year, The Second City has moved its camps online to keep kids ages 4-18 entertained and engaged during the COVID-19 pandemic.

“I think when the idea to move improv online first came up, there was a lot of skepticism among teachers and just not knowing how it’s going to work, but it’s been delightful to see that it actually translates quite well,” says Catharine Savage, a teacher at The Second City Training Center in Chicago.

These camps have given children a chance to connect, which is more important now than ever before.

“With schools doing different types of online learning, a lot of kids aren’t actually getting live, interactive moments with their teachers or their classmates. So for a lot of kids, this is their only live, real-time interaction with other people.”

Want to get your child involved? Camps have already begun, but rolling registration makes it easy to sign up any time.

It doesn’t matter if your child is shy or outgoing; there’s a place for him or her at The Second City.

“I think what’s so wonderful about improv is it’s accessible to students or kids who are maybe more on the shy side or aren’t your typical theater kids, because it just requires that you come in and you’re ready to play,” Savage says. “We get kids who are extroverted and already idolize Tina Fey and come in ready — and those kids are accepted as well.

“I think it’s one of the most inclusive programs that can exist out there, and it’s inclusive for people who are on the spectrum and maybe people who struggle with anxiety.”

These camps help enhance a child’s communication, build confidence and more in exciting ways. All your child needs is access to a computer to be able to hop on a Zoom conference call, and he or she is ready to participate.

Comedy pros, like Savage from The Second City Training Center, lead the camps, which are offered as one- and five-day options. Each day of camp, kids spend an hour on improv before jumping into sketch comedy for an hour and a half. After a break, they move on to musical improv, which consists of spontaneously putting words to music.

Camps run Monday-Friday, and the one-day camp is $75 while the five-day camp is $250. Advanced camps are offered for ages 7-18, as well. Registration can be done online or by calling The Second City Training Center at 312-664-3959.

Using humor is a wonderful way to cope during difficult times, and for kids who are in search of an outlet to help navigate these unprecedented times, The Second City’s camp offerings are ideal.

“We’ve heard from parents that the kids are leaving these camps feeling a bit more motivated, a little more inspired and creative,” Savage says.

And truly, what more could families want?

About The Second City

The Second City continues to bring laughs and improvisation to students ages 4-18 — even while in quarantine.