5 activities for you and your kids while riding the L 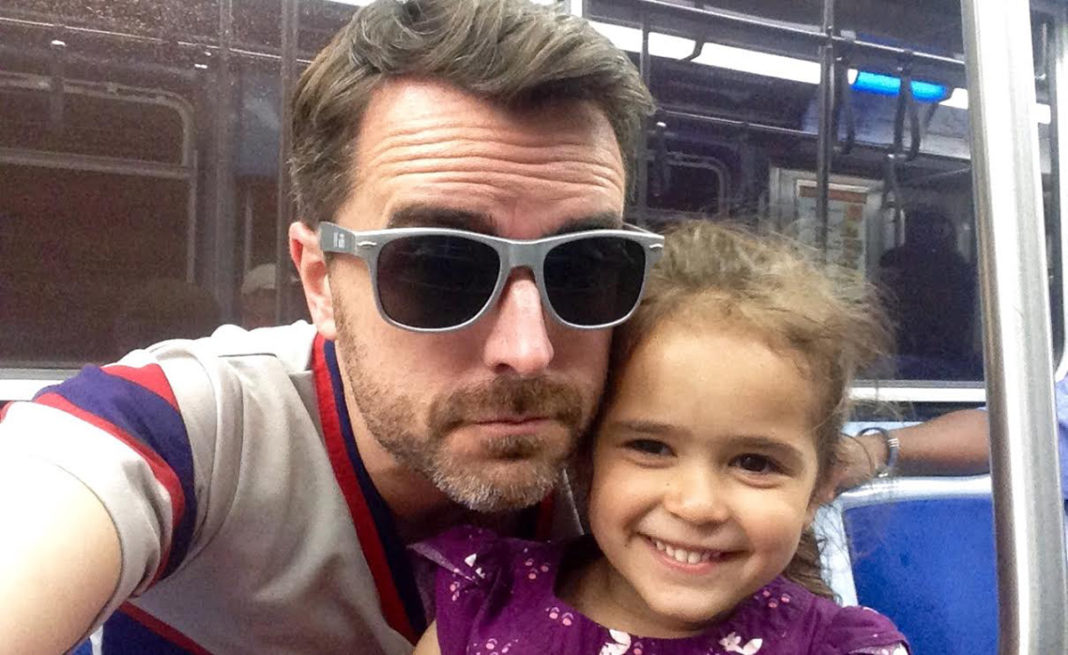 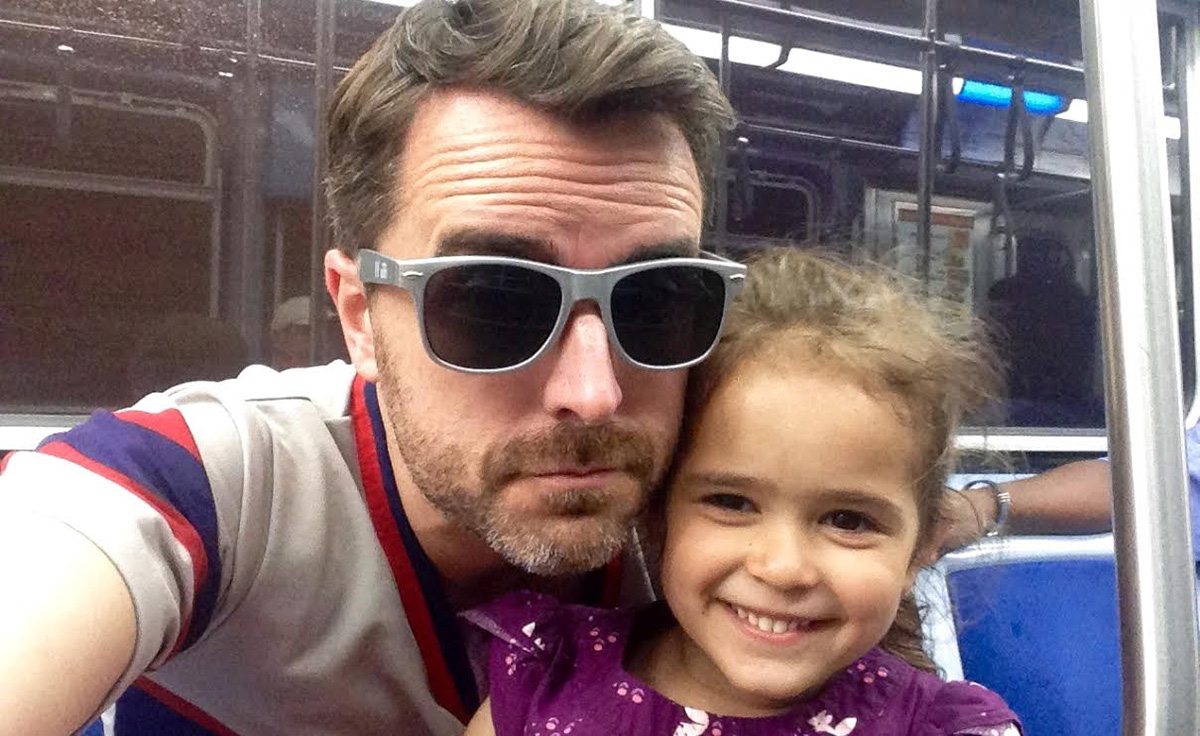 This week’s blog post is by The Paternity Test co-host Matt Boresi, who lives in the Edgewater Glen neighborhood  of Chicago with his wife (“Professor Foster”) and their 4-year old daughter Viva, who doesn’t discriminate yet between amusement rides and public transportation.

Summer in Chicago means festivals, parks, museums, ballgames and zoos, and unless you want to personally finance police oversight and Star Wars museums by paying the exorbitant parking rates around those attractions, it means you’re probably going to be spending more time with the kids on our elevated train system. (And if you happen to find the person who decided to put the subway outdoors in a city where the weather is either freezing or sweltering 10 months a year, let me know where to find them.)

The trains are relatively clean (as public transit goes), much of the city is uncommonly beautiful (even though it isn’t designed to be seen from the L), and as a way to get from point A to point B, the L is a lot more fun for your kids than a car or than watching you get run over on one of those rental bikes.

After a few stops, though, the little ones might get restless, so here are some sure-fire games to pass the time on the CTA.

“Relatively clean (as public transit goes)” is faint praise, I suppose. Why someone thought carpeting the seats was somehow something other than horrifying is beyond me. I hope you already know to stay away from the ends of the car, where most of the bodily fluids are spilled, but even in the middle of the car, you probably won’t know what you’re sitting in until you sit in it.

Let the kids know: “Anybody in a wet seat has to shower twice tonight!” Then count to three, and have everyone sit down. Is it squishy? Is there an acrid smell? No? Then you’re the winner! Listen to the squeals of delight!

Keep your eye on the little lady

When someone switches cars — or you hear the dreaded, “Excuse me, ladies and gentlemen …” — what’s it going to be?

If it’s run-of-the-mill panhandling, then you get to spend the next couple of stops explaining economic inequality and cutthroat capitalism to your kid.

But maybe it’s something more interesting — a hustle!

My daughter Viva got to watch an old-fashioned “shell game” on the L the other day. Three cups, one ball, one operator and two shills planted elsewhere in the car to pretend to win money.

“Because I’m not a rube in the 1930s visiting the city for the first time, honey. And neither are you.”

Three card monte. Thimblerig. “My wallet was stolen and I need bus fair.” So many educational games to play!

Viva and I frequent the Red Line, which runs hilariously between the South Side’s U.S. Cellular Field, where the Sox are currently in Tom Petty mode … free fallin’, and the North Side’s “Captain Morgan presents: Jeremy Piven and Friends Field,” where frat boys and people from Schaumburg go to ignore the Cubs. What a great place to teach your child one of Chicago’s favorite pastimes — hating the fans of the team you don’t root for!

If you don’t like the Sox, have your innocent child, eyelashes batting, ask some folks in Sox gear a harmless question like, “Wow, all six of you are going to the Cell? It’s going to set an attendance record.” Or, “Does your team have a manager, or did someone leave a 1989 starting lineup third baseman figure in the dugout to just stare into the void?” Be careful, though — you’re dealing with Sox fans — they may punch your child.

If you see people in Cubs gear, it’s likely either some recently graduated sorority girls from out of state who just signed a lease on their post-college apartment or some folks who left their BMW parked in Evanston and are taking the L to Wrigley to avoid door dings.

Either way, they’re probably going to ask you my favorite Red Line question: “What stop is Cubs park?” The correct answer is: “I believe they play at 95th and Dan Ryan.” Or “Take this to Washington and transfer to the Blue Line towards O’Hare.”

Use Google’s image search to help you and your kids determine whose symbols you’re seeing! The Sharks? The Jets? The Warriors? The Chicago South Club? The Dauntless Faction?

So many choices! This is information your child needs to know. They wouldn’t want to be wearing the colors of The Hand when they’re on the turf of The Foot Clan.

Use the train you’re riding as a metaphor for the linear nature and merciless inevitability of life, then let the kids ask you questions about where their life’s train is headed and where yours fell off the tracks.

Kids love trains! Don’t worry, though — just before it hits them that everyone’s journey ends in nothingness or an assumed afterlife, you’ll get off at a playground and have some ice cream.

Safe travels, and mind the gap!

Matt and Viva and The Paternity Test are going climbing this weekend, and you should join them!

At the registration desk, mention The Paternity Test and get a discounted offer of only $5 per climber.

Parents can climb or just watch for free, but you really do want to climb. See you there!

If you enjoyed this essay, subscribe for free to The Paternity Test Comedy Podcast on iTunes, Soundcloud or visit www.paternitypodcast.com.

Call The Paternity Test on their hotline (657) BAD-DADS, and leave a message or a question they can play on the podcast!

Help your little one grow into a confident young adult with these fun activities.
Read more
Outdoors