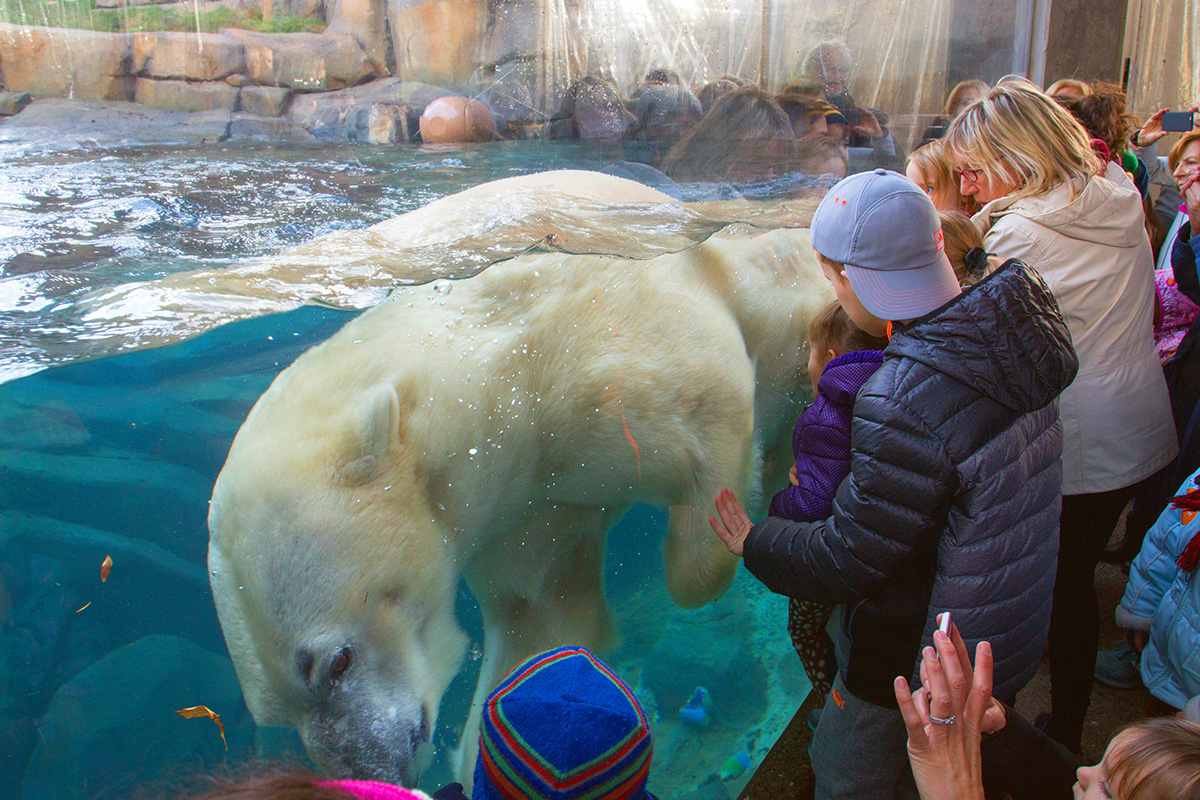 Chiberia isn’t just a cutesy name; it’s the reality of [at least] three months of the year here in the Windy City. And it turns out frigid February actually is the perfect time to head to Lincoln Park Zoo to meet its newest polar friends.

At the Walter Family Arctic Tundra (not to be confused with the arctic tundra known as Lake Shore Drive), you’ll meet Siku, a 7-year-old male polar bear. Like the first-graders you have at home, Siku enjoys swimming and playing with pool toys. He’s also a big guy, weighing in at about 1,000 pounds, who can be seen chowing down on large quantities of fish. And while Siku himself hails from Toledo, Ohio, his ancestors made their home closer to the North Pole.

The zoo’s new penguin pals, however, are practically South Pole natives, but not as accustomed to Chicago-style weather as you might expect. The 12 tuxedoed birds come from South Africa (by way of zoos and aquariums around the country) and now make their home at the Albert& Mayari Pritzker Penguin Cove, which emulates the temperate weather of their motherland. Be sure to look online before you visit, so you can use the handy cheat sheet to differentiate Mandela from Madiba and Preston from Pilchard (they really do look alike).

So while you’re probably tempted to hibernate right about now, resist the impulse. Because a visit to the penguins and polar bear of Lincoln Park Zoo might be just what you need to pull you out of that winter funk.