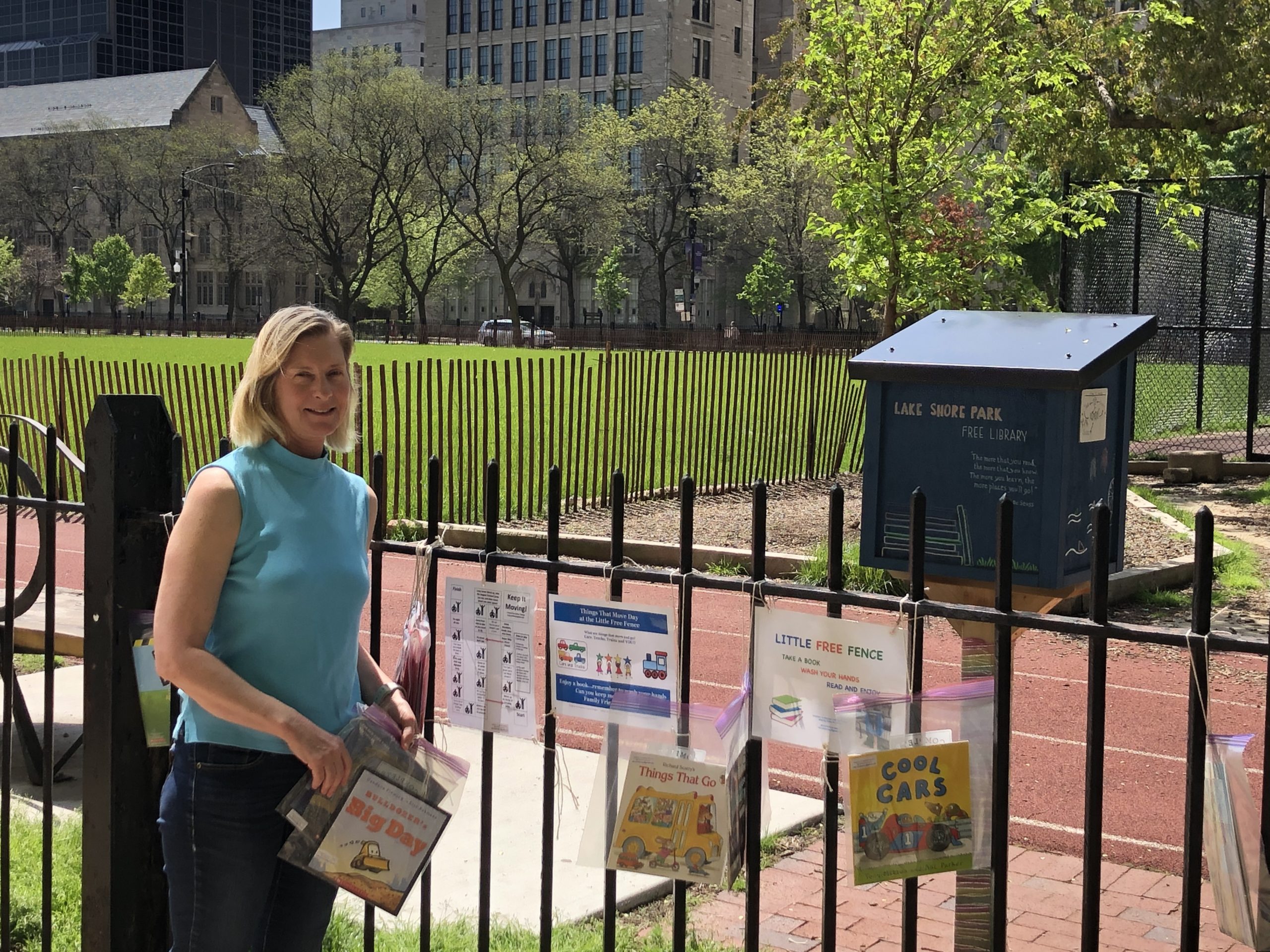 Nancy Wulkan was filling her Little Free Library box in Seneca Park when a family stopped her.

They quickly thanked her for her efforts with the library, explaining that their child had treatments at nearby Lurie Children’s Hospital, and the Little Free Library provided a respite when they’d forgotten a book or activities for the family.

“They said finding the box was ‘a light in a dark situation,’” Wulkan says. “That made me feel good and made me realize there’s more to this than putting books in a box.”

Wulkan started in 2018 with two Little Free Library boxes, one in Seneca Park and the other in Lake Shore Park. She’s since helped create 12 more with the hope to ensure that there’s one in all 77 neighborhoods of Chicago.

Little Free Libraries are outdoor boxes or designated stations inside buildings for people to “borrow” books. Some are returned or swapped while others are taken to another Little Free Library or kept without the fear of fines. 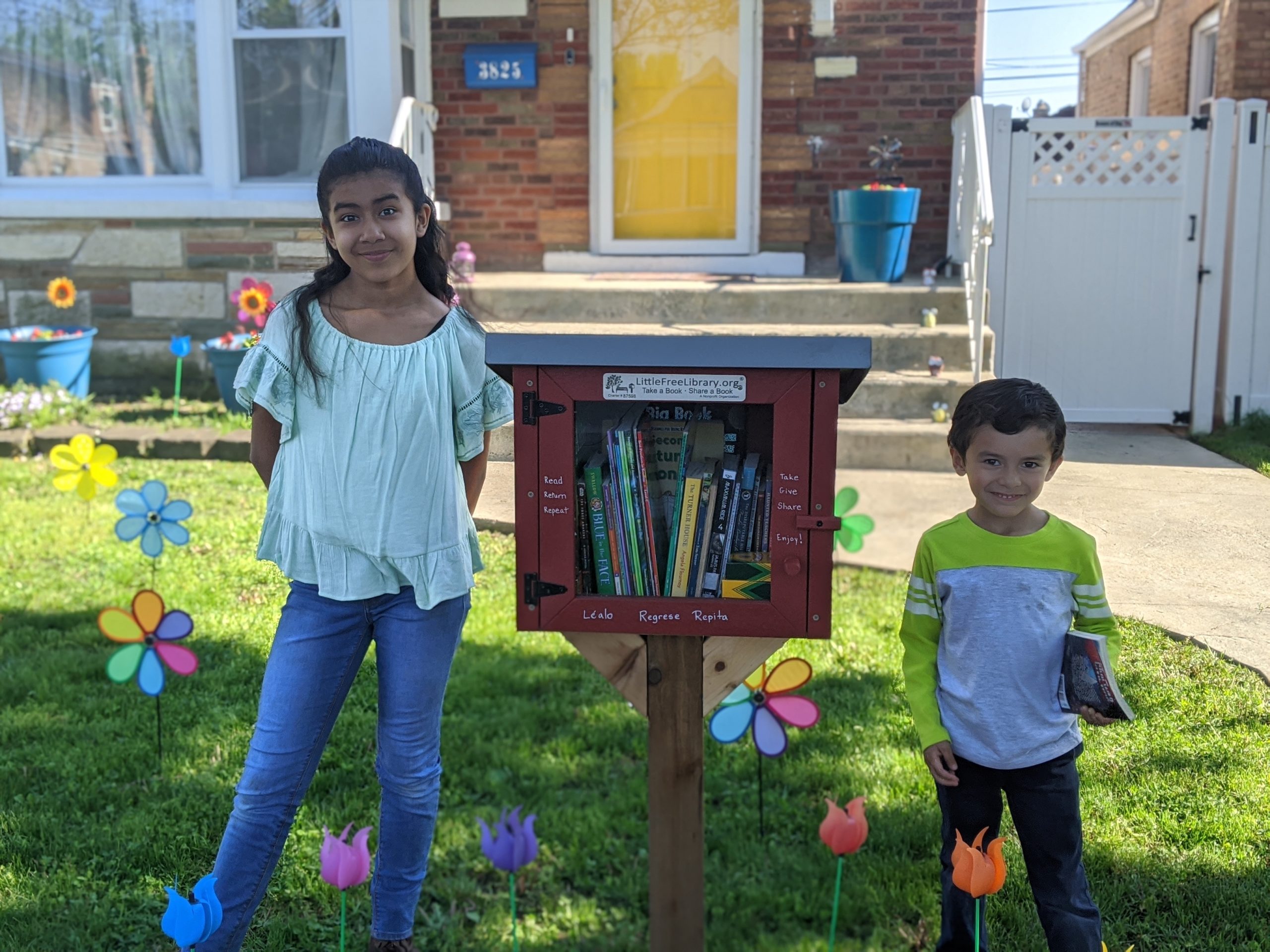 When stay-at-home orders forced the closure of Chicago Park District parks like Lake Shore and Seneca, Wulkan thought outside of the literal box.

She began posting Little Free Fence books and activity packs for families walking past the park. She has individually packaged books in plastic and posted them on the fence within sight distance of the Little Free Library box.

She was also asked to help create activity packs for a mutual aid relief in Humboldt Park to hand out with weekly food giveaways.

“I want to help people engage with books and literacy any way I can,” Wulkan says.

Have you been supporting Little Free Libraries that are converted into little food Pantries?…do you know of some in Chicago? We dropped off a donation at #35351 in this Andersonville Edgewater neighborhood this afternoon and I’d love to support some others! . . Those who are struggling right now might not be able to attend a large food bank pick up event…Little Free Pantries offer another 24/7 always available option for making ends meet This one is at 1525 W Edgewater . . If you’ve converted your little library into a neighborhood pantry, please let me know. I’d like to highlight your project and let Chicagoans know where they can lend a helping hand with a food donation. . We are all #bettertogether . #littlefreelibrary #littlefreepantry #chicago #chicagoreads #giveback #neighborshelpingneighbors #foodbank #andersonvillechicago #allinillinois #chicagostrong #edgewater #neighbortoneighborliteracyproject #sharingbooksforgood

“That was just the local caretaker of that box knowing their neighborhood enough to say ‘right now my neighbors need something more immediate,’” Wulkan says. “In some neighborhoods it was toilet paper or beans or hand sanitizer, whatever someone was in need for. It was a great way for people to see that you can help your neighbors in a simple way, but meaningful way.”

The Neighbor to Neighbor Literacy Project received its non-profit status nearly a month into the state’s quarantine orders. This means that publishing companies and individuals who donate books and money to her boxes can take the charitable tax deduction on their 2020 taxes.

Wulkan is eager to return to stocking her boxes with books and help add more to the city.

In Oct. 2019, Mayor Lori Lightfoot identified 10 neighborhoods in the South and West parts of the city for her INVEST South/West initiative, and Wulkan would like to start in those neighborhoods to ensure a Little Free Library box exists in each one.