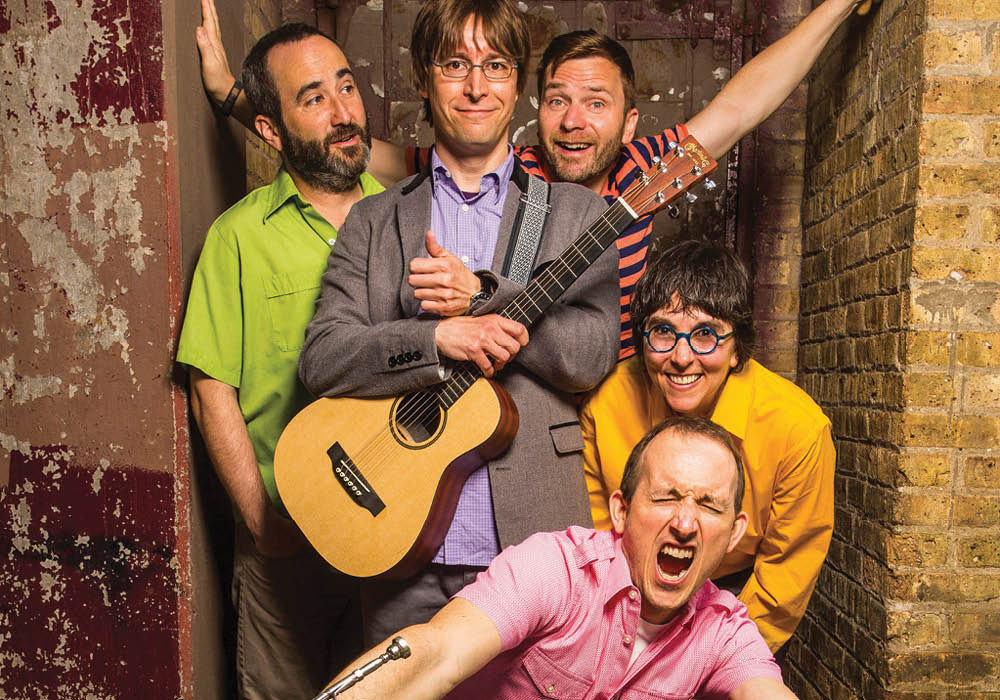 When wildly popular kids’ musician Justin Roberts and his wife, Anna Steinhoff, found out they were going to have a baby, he thought he’d better get busy writing a new album before the couple got too busy being parents.

He envisioned a big rock album with jump-out-of-your-seat music along the lines of other hit albums with The Not Ready for Naptime Players such as “Recess” and “Pop Fly.”

Instead, baby fever seemed to guide the three-time Grammy nominee in another direction.

“I just found myself writing these songs that were really personal that I wasn’t planning on releasing, I was planning them for my wife and that was it,” says Roberts from his Chicago area home. Steinhoff kept urging him to record them.

“They are all about the journey of realizing you are going to become a dad and thinking about the wonder of bringing a child in the world, the fears and all of that. It started to feel like a little concept album about parenthood. So, after enough times hearing my wife saying I should do it, I thought I should try it,” he says.

Roberts gathered up a group of instrumentalists, including pianist Lisa Kaplan, percussionist Gerald Dowd and vocalist Nora O’Connor, to bring his songs to life in his 14th album, “Wild Life.” Steinhoff plays cello on the album.

“I’m really happy with it. It’s a very different album than anything I’ve made, but I’ve been getting great responses from people who have heard it,” he says.

Unfortunately for Roberts, “Wild Life” dropped just before the coronavirus pandemic hit, and all of his tours were postponed or canceled.

The quarantine instead gave the new parents something they might not have had without it — time to just enjoy watching Eli grow and experience everything new around him.

“He just brings us a lot of joy and laughter and all of the things you need in a time like this, so it’s been beautiful to have a kid right now. Certainly I’m worried for the future, but in the present moment, it’s a magical place to be,” he says.

“Your future just seems a lot different when you are a father.”

Roberts and Steinhoff also have been sharing concerts and activities on Facebook, “connecting with families in ways I wouldn’t otherwise,” he says.

“I was trying to imagine who our child will be. I literally completed the demo and was playing it for Anna when the doctor called and said you’re having a boy. This song is all about the expectations of parents about who our kids will be,” he says.

“I’ve Got the World for You”

Since the couple was traveling a lot during the pregnancy and he spent a lot of time worrying about Anna, he says he began the song singing to Eli, who at the time was the size of an avocado. “It’s all about the parental comfort that you want to give for your child and that experience.”

The song begins with the wonder from the moment Eli was born, “how at every second he’s growing into this person that your heart can’t contain,” Roberts says.

This article also appeared in Chicago Parent’s June 2020 magazine. Read the rest of the issue here.

Chicago Parent Staff -
Grab some snacks and enjoy these fun family flicks at a park in the city and suburbs.
Read more
Outdoors

Pick your way through these awesome spots worth the drive from Chicagoland.
Read more
Education