7 new movies to see with kids this holiday season 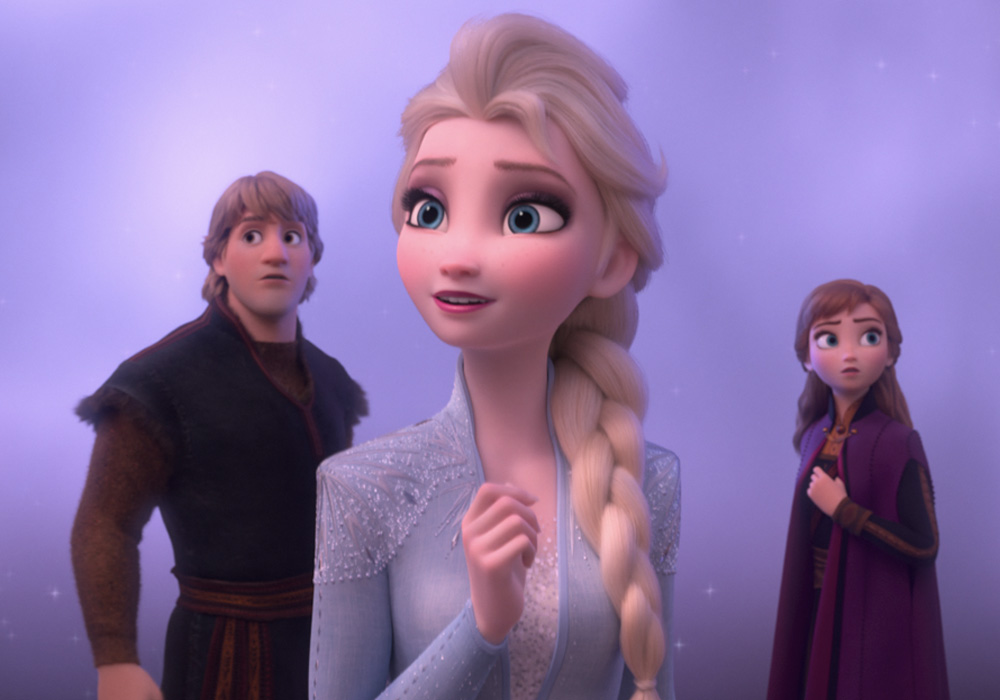 A family trip to the movies can be a fun holiday tradition, and a great way to cure cabin fever and escape from a long to-do list. Here are some soon-to-be-released films that could be great options for a trip to the theater. Don’t forget the popcorn!

Note: If a film was rated by the MPAA, we included that info. If a rating is not included, it wasn’t available when this was posted.

This animated movie about a postal worker who is stationed in the far North who befriends a carpenter who lives alone in a cabin full of handmade toys will be in theaters and then on November 15, it will also be on Netflix. It’s full of holiday spirit and shows how kindness can be contagious. The tag line “Welcome to the jingle” made us laugh, in spite of ourselves.

Elsa, Anna, Kristoff, Olaf and Sven are back on the big screen in this sequel to the largest grossing animated film of all time. They are embarking on a journey to save the kingdom and will encounter both new characters and danger along the way as Elsa learns why she was born with magical powers. It seems the past is not in the past after all. We’re hoping for great new songs from songwriters Kristen Anderson-Lopez and Robert Lopez.

Jumanji: The Next Level

This sequel to the 2017 hit movie brings back the core four cast members — Dwayne “The Rock” Johnson, Jack Black, Kevin Hart and Karen Gillan — but the game is different. Joining them this go around are Danny Devito and Danny Glover as grandfathers, and Awkwafina makes an appearance, too. Expect lots of exciting action, adventure and amusement to abound.

Star Wars: The Rise of Skywalker

The trailers to this much-anticipated movie have raised more questions than they have answered, but we expected nothing less. We do, however, expect to get some answers when the movie is finally in theaters. (Advance planners — you can get tickets now.) Star Wars movies have typically been PG-13. One consideration to keep in mind when deciding to take little ones is that, at more than two and a half hours long, it is the longest of the Star Wars movies.

Your musical theater buffs and dance fans will want to catch this flick, which brings Andrew Lloyd Webber’s long-running stage show to the big screen. The trailer looked very, well, adult and had many people scratching their heads. The cast is amazing, with Judi Dench as Old Deuteronomy, Idris Elba, Taylor Swift and Jennier Hudson, who sings “Memory.” We’re thinking this will likely be best for tweens and teens.

This animated movie debuting on Christmas Day features the voice of Will Smith as Lance Sterling, the world’s best spy who gets turned into a pigeon. Tom Holland voices Walter Beckett, his nerdy tech officer, who must save the world. We know some eight-year-olds who are really excited for this one.

Director and screenwriter Greta Gerwig has received praise from critics who have already seen the film for simultaneously staying faithful to Louisa May Alcott’s beloved novel and telling the familiar story of the March sisters in a unique way. With the tagline “Own Your Story” on the posters, we think this movie may be set in the past, but will be particularly relevant for girls (and boys) of today.

Whether it’s for a mom’s night out or your next date night, parents are in for a treat with these new films.

This holiday-themed movie featuring the music of ’80s icon George Michael is billed as a rom-com but the trailer suggests there may be a heavier current. Teens may also be into this one, though perhaps not properly appreciative of the soundtrack as parents may like.

The latest reboot stars Kristin Stewart, Naomi Scott and Ella Balinska as the angels, but we’re most excited to see Elizabeth Banks, who also directs, as Bosley. One storyline includes a female whistleblower’s complaint being ignored by big tech company employer, and there’s a distinct female empowerment message that focuses on supporting and believing women. If holiday prep has you feeling stressed, seeing some women kick some butt may be just the outlet you need.

A Beautiful Day in the Neighborhood

Tom Hanks plays Fred Rogers in this big-screen story based on his real-life friendship with a journalist. If the expectations of the holiday season are weighing you down a bit, this is a good reminder that Mr. Rogers and so many others like you exactly as you are. And if early reviews are any indication, this movie is likable, too.