Mom in the spotlight: Kristen Nicole from ‘Good Day Chicago’ 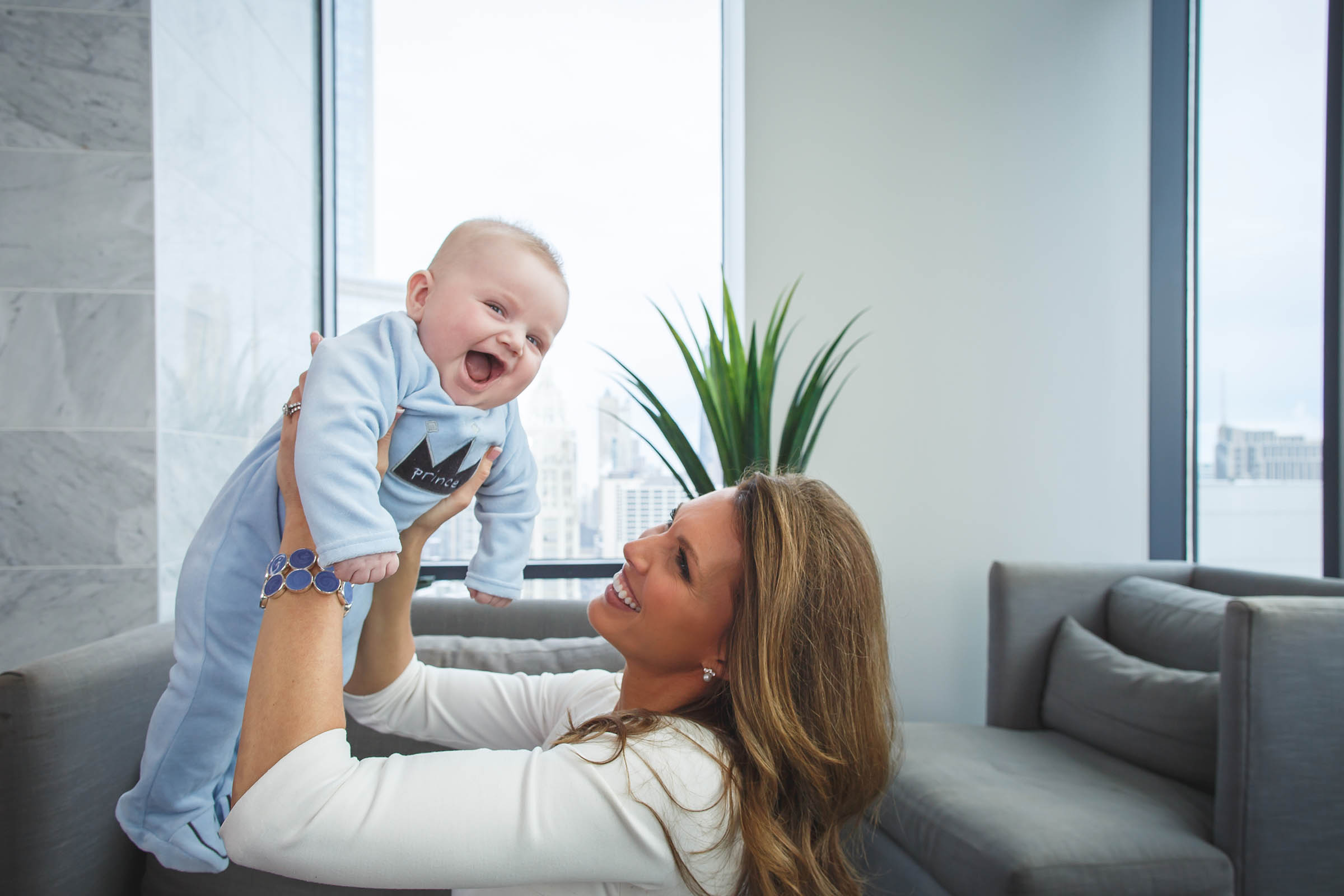 “Good Day Chicago’s” Kristen Nicole talked to Chicago Parent about being a mom in Chicago.

For you, what is the difference between being a first-time and second-time mom?

When I was pregnant, I found myself thinking, “I don’t remember any of this, going through this with my first son.” There were certain feelings that I had and the hormone differences and how I felt about the pregnancy itself. It was so different from my first one. So when [Enzo] got here, I knew immediately it was going to be different. … And even though they are both easy boys, they were both easy pregnancies, they’re different. … [I’m] just kind of throwing [it] all out the window and starting over. I think I expected it to be more of the same the second time around. It’s been different, but it’s been fun to figure out when he presents me with a challenge, how we get over that little hump. … I love motherhood for the same reason that I love my job: You never know what you’re going to get into when you walk in and you start another day. … I love not knowing what’s coming next. And it’s the same with these two. Every day it’s a different sound they make or a different face or trying a different food. The chapters make it fun and the challenges make it rewarding.

Everything had just been so positive. And in one week, I just got back-to-back-to-back nasty emails from people. … There’s always some bad that comes with the good, but I was just really thrown by how nasty these people could be and that they took time out of their day to write something so mean to me. … I’m not a confrontational person; I’m usually one that bites my tongue because in this business you’re going to get some people who just say dumb things. But that day it hit a nerve, and I decided to respond. … Looking back, I think it’s so silly that I ever even spent seconds worrying about those people. I think what bothered me most at the time was two out of the three that wrote stuff were women, and I thought, how could you sit back and judge another woman or say something like this? Don’t you have anything better to do with your time? We should be supporting each other.

How was it going back to work?

I was not a fun person to be around the night before I went back to work. … But it was like riding a bike. I got right back into it and everyone at Fox helped. … It’s family over there. … If I ever needed anything, there are a number of people I could go to in our Fox family that would be willing to help out. That’s a really reassuring thing because our families aren’t up here. … [The viewers are] really curious about his milestones. “What’s he doing this week?” “Has he rolled over yet?” “Tell me about his weight.”… It’s been fun engaging our viewers in that conversation.

What is your favorite thing to do with Enzo?

I love walking around the city. I put so many miles on my shoes when I was pregnant. … The week that he was born, I logged 22 miles on my fitness app, just walking around the city. Those are my first few favorite memories with him, getting out and showing him this great city that he was born in. … There’s just so much [in Chicago] for [the boys] to explore and so much to enrich their minds. I love that.