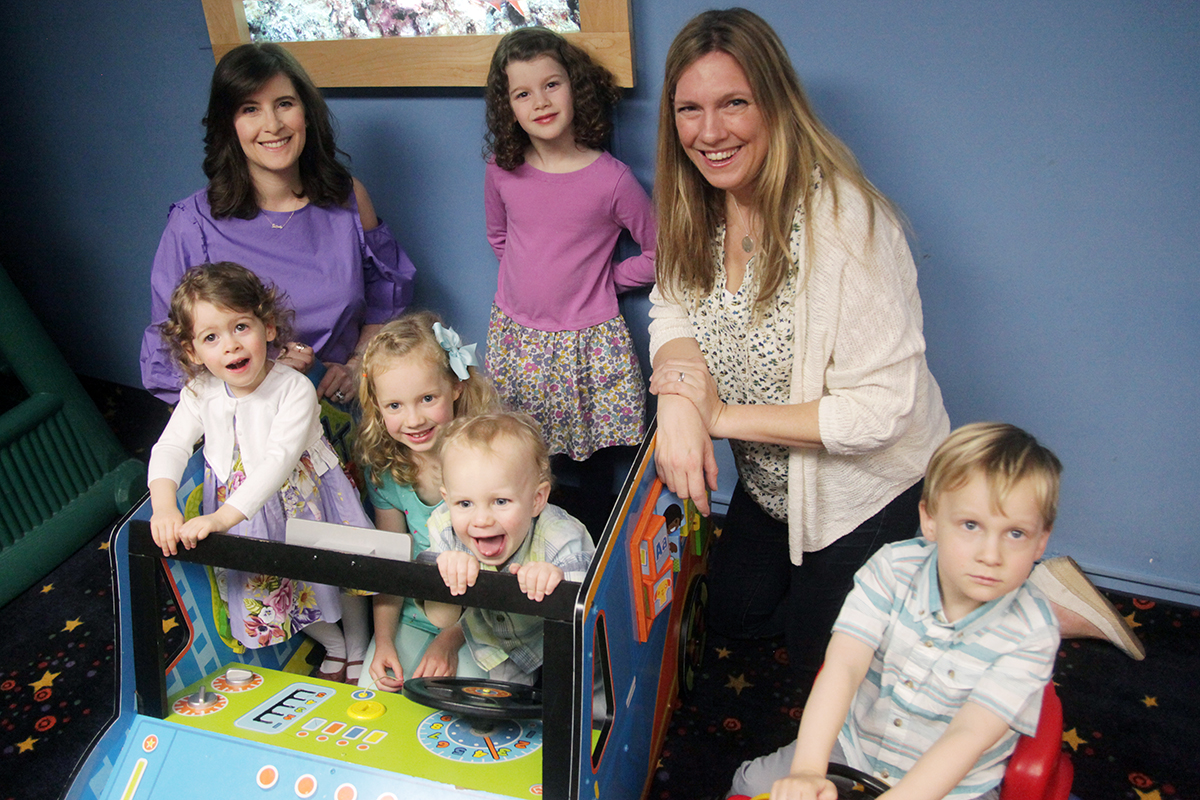 In February 2015, Laura Kowalski’s 14-month old son, Luke, wasn’t himself. He had been vomiting for nine days straight and neither the pediatrician nor the ER could pinpoint the mysterious illness. Frustrated and desperate, Kowalski turned to the Facebook group, MamaTribe, for advice.

And it came pouring in. Hundreds of moms responded to Kowalski’s post, sending prayers and words of encouragement, even providing her with names of pediatric specialists.

Through the support of these moms, Kowalski felt empowered to advocate for her son. After spending eight days at Lurie Children’s Hospital undergoing tests, Luke was diagnosed with Eosinophilic esophagitis, a chronic, allergic inflammatory disease of the esophagus. (Kowalski first mentioned EoE to a GI after a fellow mom suggested she look into it.)

Now, 18 months later, Luke is working toward remission. He recently had a feeding tube surgically placed to help his esophagus heal.

“The mothers of MamaTribe became our protectors,” says Kowalski, who remains very active in the Facebook group. “They supported, they shared their experiences and helped us piece together what was happening with our baby. During our hospital stay, they even sent care packages.”

MamaTribe is a “secret” Facebook community consisting of nearly 25,000 moms from the Chicago area.

Topics discussed on MamaTribe include labor and delivery stories, teething advice, husband rants, sarcastic memes, photographer recommendations and everything in between.

There’s also a popular buy/sell forum integrated in the page.

“I have found MamaTribe to be very helpful, both as an actual resource and as a means to talk me down from those crazy parent moments,” says Lynnie Mehic, a member of MamaTribe.

“I remember one instance where I was waiting for a call back from my son’s doctor with his pain reliever dosing chart. It took so long, so I posed the question to MamaTribe and not only got answers right away, but also other helpful and tested tips for how to soothe and reduce a fever in an infant.”

MamaTribe was born in 2011 when a group of new Chicago moms wanted a way to connect with one another, mostly for playdates and meetups.

From there, it simply took off through word of mouth.

“It’s special and powerful in a way we could have never predicted,” says Rainbow Partridge, one of the founders of the group. “We’re completely dedicated to facilitating a community of information, resources and support for our member moms.”

According to page analytics, MamaTribe engagement has remained high even as membership has grown rapidly.

“This proves that when a mom has questions or needs advice, she can count on the members of MamaTribe to help,” says Alina Slotnik, co-founder of MamaTribe.

Both Partridge and Slotnik, full-time working moms, manage the page in their “nonexistent” time. They often refer to the job as “a labor of love,” spending several hours a day responding to members’ questions and moderating the group. They don’t get paid a dime to run it.

“It’s a lot of work, but I love how much the community has helped me over the last six years as a mom, and I love hearing stories of how it has helped others,” Partridge says.

Ironically, she was in the process of posting a lost notice on MamaTribe, when she found the following post from member Shannen Chin, who had noticed a stroller unattended on the sidewalk in the evening.

“LOST STROLLER! Anyone lose a stroller today in the West Loop? I might have it! Message me with details,” the post said.

Needless to say, the two connected and Hare’s story had a happy ending.

“It renewed my faith in humanity,” says Hare. “MamaTribe makes Chicago feel like a smaller town where everyone looks out for each other.”

While these feel good connections happen daily through MamaTribe, as with any other online forum, there are some hot button topics guaranteed to ignite mommy wars, with birth plans, cry it out, co-sleeping, and breastfeeding (or not) at the top of the list.

While the administrators allow these topics to be discussed, they remove any post that is dismissive or offensive. The only baby-related topic that’s strictly off limits is vaccinations.

“While we respect different opinions, experiences, and methods of parenting, we have found that controversial topics have over and over again ended sourly and against our mission of supporting and respecting each other,” says Partridge.

Partridge and Slotnik approve about 200 new members to the group each week.

Watch This, Do That: Encanto

'Even in our darkest moments, there’s light where you least expect it.'
Read more
At Home

Lego is something that kids never grow out of.
Read more
Sponsored Content

Is Your Child a Gifted Learner?

Brought to you by Quest Academy.
Read more