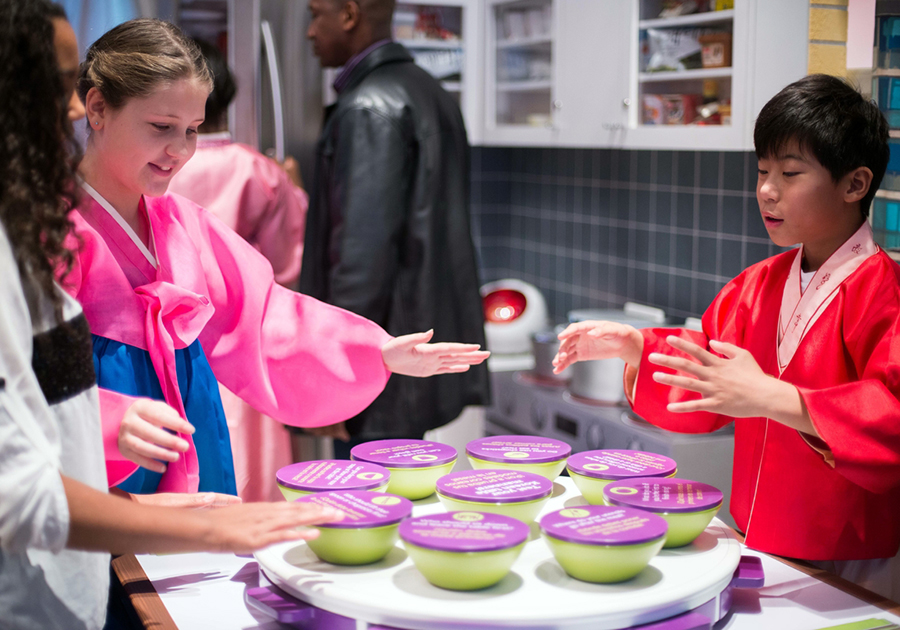 On Feb. 9, the Winter Olympics will officially open in PyeongChang, South Korea. A week later, Lunar New Year will be celebrated throughout East Asia, observed as Seollal in Korea. And all month long, Chicagoland families can learn about modern-day Korea thanks to Chicago Children’s Museum’s new temporary exhibit, “Heart & Seoul: Growing Up in Korea.”To create the exhibit, the Houston Children’s Museum recruited Korean kids to share their experiences.

“When you have a child create [an exhibit], they’re creating what they know,” says Rachel Giannini, early childhood specialist at CCM. “An exhibit that looks like the world you live in, just a little different, is really powerful for kids to see.”

The exhibit includes lots of interactive components. Giannini says it’s aimed at kids over the age of 5—although littles will find plenty that’s on their level, too.

It includes a classroom, an apartment, a Hanok guest house and a restaurant to help kids understand what “normal” life is like in Korea. But the undisputable highlight is the K-Pop Studio, where visitors can duet with K-Pop stars on a large screen. There’s also an animation studio where kids can create their own Korean-inspired cartoons and a Taekwondo studio where on-screen Korean kids demonstrate martial arts moves.

Giannini calls it a “small stepping stone in the land of empathy,” designed to teach kids about how they fit in to the grand puzzle that is humanity.

Heart & Seoul: Growing Up in Korea

Here are some extras to consider for overnight campers.
Read more
At Home

These snacks will put the "super" in your Super Bowl watch.
Read more
Camps

"Everything I ever needed to know to succeed in life, I learned at summer camp."
Read more
Travel