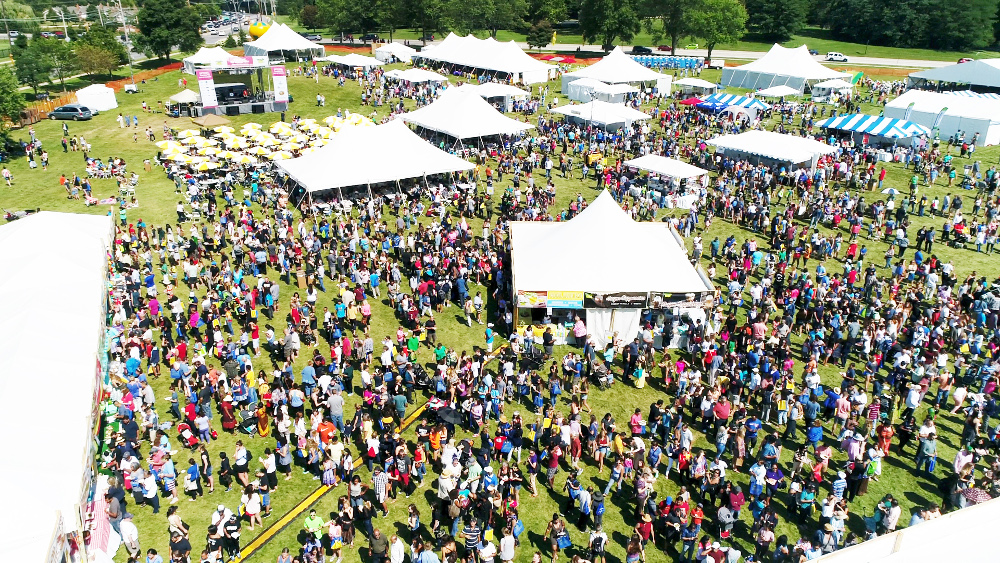 It’s a scenario happening every day somewhere in the Chicago area: A child comes home from school and announces she’s becoming a vegetarian. Dr. Natalie Santiago understands a parent’s surprise and concern with the announcement because she says she was once that child.

Santiago, who grew up on Chicago’s South Side and is now known as The Vegan Pediatrician, has one simple piece of advice for concerned parents: Support their decision.

Santiago is a featured speaker at this year’s Veggie Fest Aug. 10-11 held on the grounds of Danada South Park at Navistar in Lisle. She’ll be answering parents’ top health concerns, providing tips for living a plant-based lifestyle and even healthy recipes that will make busy parents’ lives even easier.

Once she made her own decision to become a vegetarian and later, vegan, she says her mom made her take a multivitamin and ultimately changed the way she cooked for the entire family.

She wants parents to know that veganism and vegetarianism is safe and sanctioned by the American Academy of Pediatrics. She knows parents’ first question usually is: Doesn’t my child need meat to grow?

The answer is no. “Children can thrive on a meat-free diet,” she says. Also, they do not need to drink milk for strong bones and teeth as the milk commercials tell you, but rather they can get calcium from calcium-fortified cereals and dark leafy greens, she says.

Because the diet focuses on whole food, grains, vegetables, nuts and seeds and should avoid processed foods as much as possible, it is a healthier way to live, she says. It’s not true that a vegan diet is expensive, she says. Parents can feed their kids good, healthy meals that don’t break the bank or require hours spent in the kitchen cooking.

She said the lifestyle is growing rapidly.

At this year’s Veggie Fest, now celebrating its 13th year, also expect a weekend filled with family fun. As one of the largest, free vegetarian food and wellness festivals in North America, it offers a huge international food court, speakers such as Santiago talking about diet, lifestyle and the environment and food demos. Families especially love the opportunity to pick up new vegetarian, vegan and raw food recipes from cookbook authors, guest chefs and coaches.

Not to miss is the children’s tent filled with activities, plus live music and more than 100 vendor booths to explore throughout the fest.

“Veggie Fest is all about families. It’s a safe, fun festival with great affordable food, live music in a beautiful park. Next door is the Sensory Garden Park and the DuPage Forest Preserve will be there to teach and engage the kids and adults. Come enjoy the day!,” says Jonathan Kruger, Veggie Fest’s spokesman.