‘The Color Purple’ shines as an empowering tale 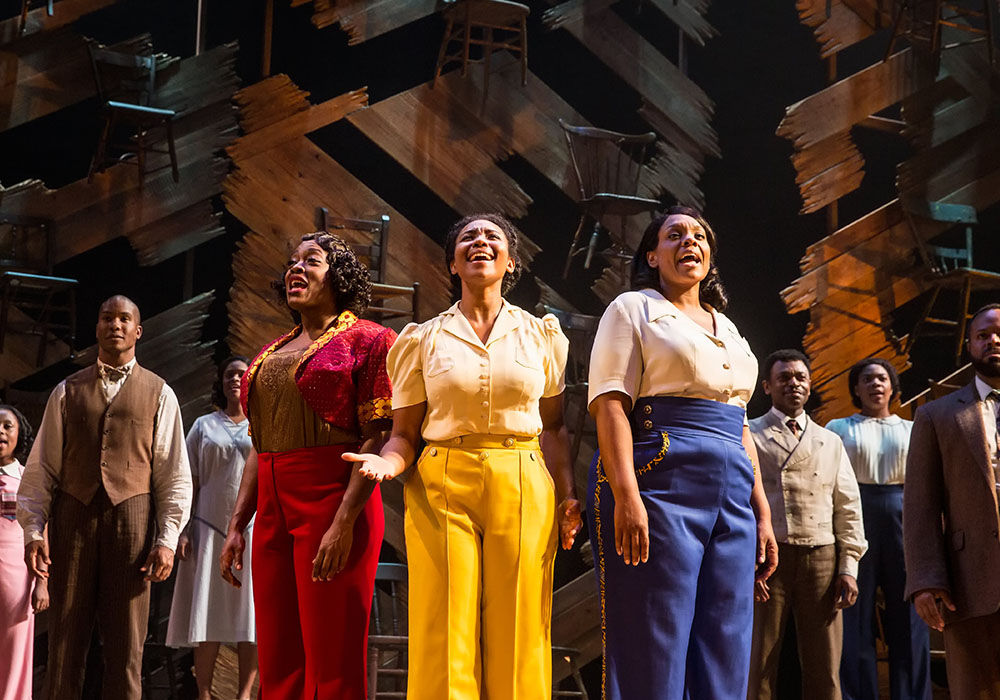 With a Pulitzer Prize-winning story told for 36 years now, the latest musical revival of The Color Purple still holds true to its original message.

The adaption from the original 1982 novel (and 1985 film) tells the story of a struggling heroine searching for confidence, hope and love in her own tragic journey. Mix in the powerful genres of gospel and jazz, and you’ll understand why the classic tale resonates as a musical.

Set in rural Georgia in the early 20th century, the main character, Celie, faces abuse while lost with finding her identity. The help of strong female role models became crucial in Celie’s story. Get ready to cheer along with the crowd along the show as Celie shines and becomes her own self throughout the show.

This revival, first of all, sticks to a really minimalist set that doesn’t change at all. Instead, the cast members pull down the chairs attached to tall wood panels to create scenes quickly from church pews to tools to use in the fields. This setup allows the audience to focus instead on the emotions and songs.

There’s something about the music that goes beyond moving the spirits in the room. Adriana Hicks, who plays Celie, uses her singing voice to showcase character development with songs like “Somebody Gonna Love You” and “I’m Here.” Every cast member’s voice brought down the house especially Carrie Compere who plays Sofia, a wife who doesn’t accept the mistreatments she faces as an African-American woman and fights in order to live her best life.

The Color Purple will remain a classic for generations to come and this musical proves it. We recommend the show for ages 14 and up due to serious themes. Feeling lucky? Enter their digital lottery for a chance to win $25 seats.