Grab your best gal pals and hit up these upcoming shows 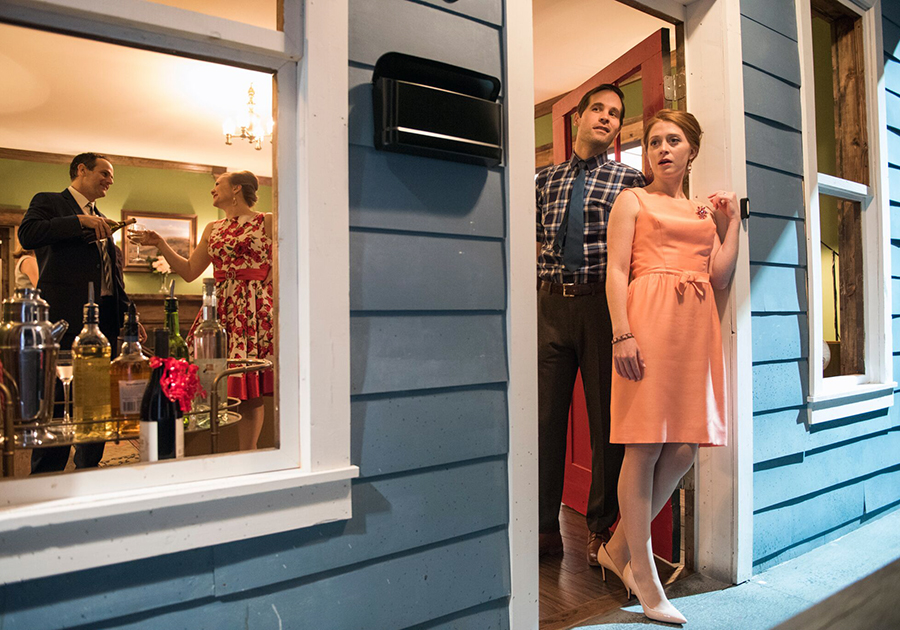 Think outside the ‘girls’ night out, tried n’ true’ box! Mamas in Chicago have plenty of footloose n’ fancy-free options for hanging with their best gal pals, the kind they’re unlikely to find anywhere else. Here are three of our favorite upcoming picks to get in some good female bonding — with zero carpool chat allowed.

Southern Gothic’s tagline may as well be “the Real Housewives of Ashford, Georgia.” As far as juicy, gossip-filled evenings go for you and your crew, this party at the home of Beau and Ellie Coutier reads like an immersive US Weekly, circa 1961. Political ambitions? Passionate love affairs — which don’t involve your husband? And long-buried secrets dating back to high school? Check, check and check. It doesn’t hurt that the action takes place inside an absolutely stunning set — an actual house — through which the stellar cast and intimate audience members meander during the 90-minute show. (It also doesn’t hurt that all “guests” are served complimentary 1960s-tastic party cocktails during the fly-on-the-wall action. Tom Collins, anyone?) There’s no way that you’ll pick up on every single sordid detail in this promenade-style production, but half of the fun is comparing notes with your friends in the lobby for post-show drinks. (As always, Windy City Playhouse crafts the perfect drinks and tailors them to the show’s themes and dialogue. We highly recommend the “political suicide,” a cinnamon-infused bit of bourbon joy.)

Step aside, Disney: Les Ballets de Monte-Carlo’s take on Sleeping Beauty is less about playfully feuding fairies and way more Mommy Issue Central. Based off the original fairy tale, La Belle is the story which sparked the Aurora tale we all know and love, but where the animated version ends with “happily ever after,” Marius Petipa’s version picks up a little after that. Les Ballets de Monte-Carlo, the premier dance company of Monaco, spins this story with their signature grace and visually stunning style, all set to Tchaikovsky’s beautiful score. With stowaway children and newlyweds whose love nest exists in secret, this Sleeping Beauty (from Artistic Director and award-winning choreographer Jean-Christophe Maillot) is a much darker take than the one your kids twirl along to. Adding to the drama? The Ogre Queen Carabosse, the Prince’s mother, seems hell-bent on killing — and eating — the members of Aurora’s family. (And you think YOU’VE got mother-in-law issues!)

Want to relive some of the fun of a bachelorette weekend — without having the headache (or hangover) of an actual bachelorette weekend? Kiss Kiss Cabaret at the Uptown Underground might just be the ticket for revisiting your slightly wilder side. Billed as “top shelf retrotainment,” this speakeasy cabaret is now in its eighth year of providing rollicking fun every Friday and Saturday night. Sure, there’s burlesque (featuring the Kiss Kiss Coquettes and the Underground Vaudettes), but each performance also promises a unique blend of comedy, music, magic and surprises, all guided by one of Kiss Kiss Cabaret’s welcoming hosts. (Your move, book club.)

Underneath the Uptown Underground

Why Have a Primary Care Physician for Your Child?

Brought to you by North Shore Country Day
Read more