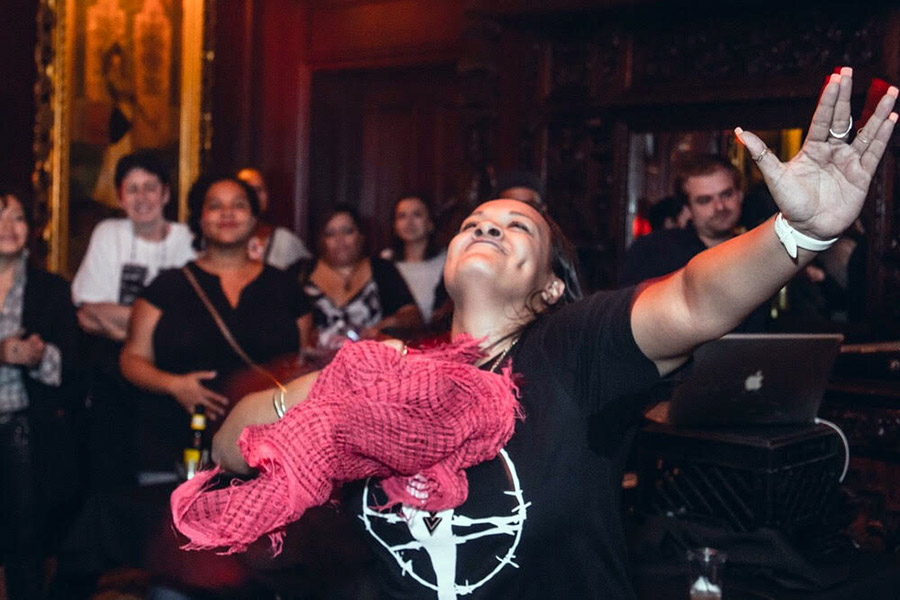 It’s practically mandatory to list the things for which you’re grateful during November. Arts-wise, we could use a longer notepad for everything that fills us up with thanks, but we’ll settle for highlighting the stellar events that embody everything great about the season; among them, making (and shaking to) a joyful noise, indulging in decadent treats and honoring our heritage. Just pace yourself, OK? The season is—thankfully—long enough to squeeze in every last bit of fun.

For those times when only a fierce dance party will stomp away the seasonal madness, the good folks at Old Town School of Folk Music have just the ticket; their Friday night Global Dance Party series offers up a dance class followed by two hours of music from live bands or DJs in the Myron R. Szold Music & Dance Hall. Nov. 17’s evening is a Bomba Dance Party featuring La Escuelita Bombera de Corazón, with Afro-Boricua star Ivelisse Díaz. The lead singer of Buya, Díaz helms the celebration—and technique—of dancing to Bomba, Puerto Rico’s oldest music style. This is the best way to stave off holiday pounds yet.

Based on the popular children’s book and series by Laurie Keller, ‘Arnie’ follows the charming path of a chocolate frosted, rainbow-sprinkled doughnut named Arnie and his new owner Mr. Bing, the guy who gets the surprise of his life (and a pal for the ages) when he buys what he believes will be a simple snack. Lifeline Theatre’s KidSeries’ newest—and sweetest—tale champions the idea that friends can come from the most surprising of places and that common ground is easier to find than you’d think. (Hold on to that one around the ol’ Thanksgiving turkey, perhaps?)

There’s no better time of year for waxing poetic about family traditions, and the Art Institute’s latest gallery of textile greatness is a fantastic way to get the conversation started about the whos, whens and whys of what we all bring to the table—both literally and metaphorically.

‘Making Memories: Quilts as Souvenirs’ showcases 29 stunning works crafted between 1840 to 2001, and hail from America, Mexico, Ireland and England. The images depicted are the truest measure of what each artisan took away as the most important souvenir of their family and culture. What would make it onto your quilt?

What’s the secret to igniting a love of learning in your child? An appropriate early learning environment offers many advantages of preschool, says an expert from Smart Love Preschool.
Read more
Indoors