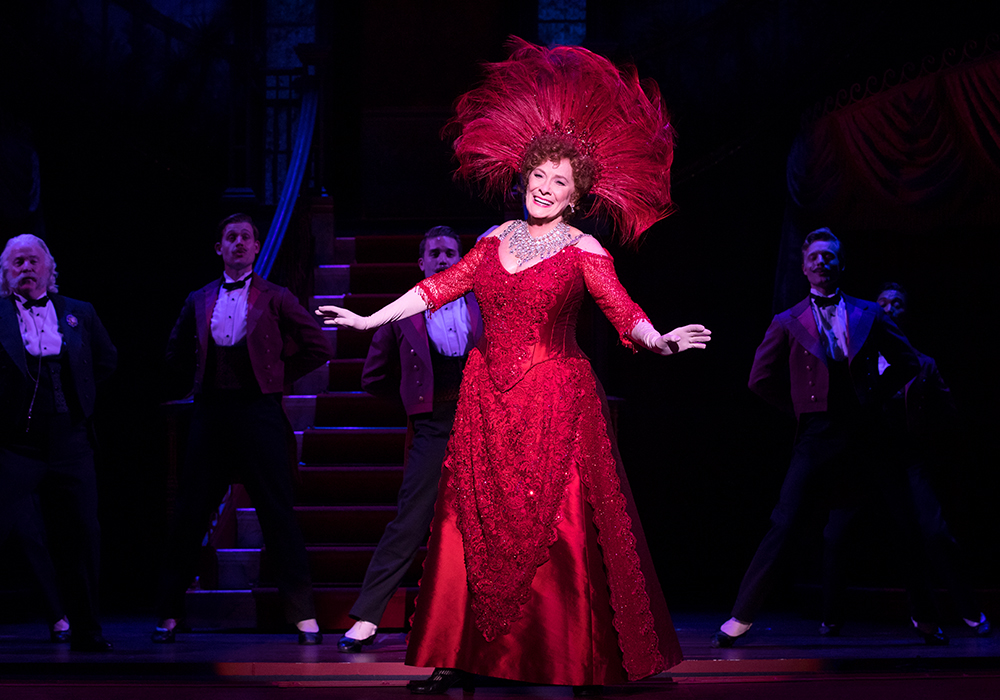 Oh Dolly, it’s always nice to have you back in town.

There’s no denying that this comedy musical is a classic, right? With the Broadway revival making a stop in Chicago, you’ll even want to take the kids to see this visually-stunning and joyful production.

Set in the late 19th century, matchmaker Dolly Levi goes out to Yonkers, New York to arrange a marriage with half-a-millionaire, Horace Vandergelder. Meanwhile, she convinces his niece and his niece’s intended to travel to New York City with her. Meanwhile, Horace’s two clerks tag along to set on their own city adventure.

“Hello Dolly” is simply a spectacular show that effortlessly brings so much energy in the room. As soon as we see Tony award-winning actress Betty Buckley as Dolly Levi, the crowd immediately cheers. How can you not love the strong-willed and daring widow? Buckley’s high-spirited portrayal is needed to enjoy dear Dolly’s ridiculous meddling (in a good way, of course). Other characters shine in the show too including grumpy Horace Vandergelder (Lewis J. Stadlen), loveable Cornelius Hackl (Nic Rouleau), confident Irene Molloy (Analisa Leaming) and more.

One of the most enjoyable parts of “Hello Dolly” is how visually pleasing the entire production is. You’ll feel transformed in the period piece thanks to the elaborate costumes and grand set design (Santo Loquasto). Not to mention, the choreography by Warren Carlyle allows the ensemble cast to wow the crowd (with some instances of the audience applauding during a number). It’s the perfect amount of dazzle and charm you need to have a great time at the theater.

If you’re wondering if “Hello Dolly” is a family show, we recommend it for kids ages 9 and up. It’s a great introduction of a musical theater classic with enough dancing and slapstick humor to keep them entertained. For the Pixar fans, your kids might recognize the songs “Put on Your Sunday Clothes” and “It Only Takes a Moment” mentioned in Wall-E.

“Hello Dolly” is still glowin’, after all! Be sure to watch this delightful show before it hits the road again.