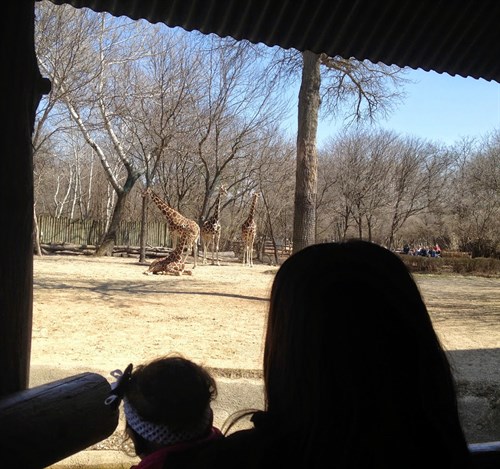 The Zoo! THE ZOO! I used to love going to Brookfield Zoo when I was little. However, it has probably been at least fifteen years since the last time I was there. I have never been to Lincoln Park Zoo, but I have heard good things about it, plus it’s free. What’s not to like about that?

My wife decided that we should take our seven-month-old daughter to Brookfield Zoo for an afternoon. Me, hesitant at first, considering she is probably too young to appreciate anything, or even care, reluctantly agreed. Now, I am glad that I did. I think I enjoyed it more than my wife and daughter did. Hey, did you know they serve beer?

We didn’t see any of the shows that they offer, but only because we didn’t give ourselves enough time. We would have liked to see the dolphin show because I think Brynlee would have been interested in seeing the action. But we missed it. It’s around $4 per adult.

Brynlee actually enjoyed most of the visit. She liked to see the giraffes feeding outside. She liked the stroller ride through the park. The monkeys were fun to watch. There is a new baby gorilla there and she happened to be feeding on her mother when we were inside the exhibit. Not thinking, I exclaimed “Hey honey, that reminds me of you!” I don’t think my wife caught the joke as I had planned. Anyways… 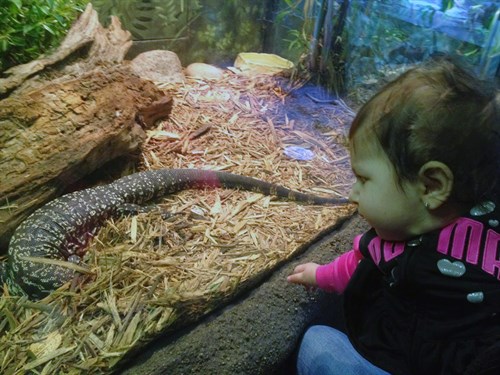 Brynlee  was also able to get up and close to some sort of “dragon.” I don’t remember exactly what it was called. Luckily she couldn’t touch it, because she sure wanted to!

The primate house was very noisy, hot and smelly! It’s incredible how they can recreate the natural habitats of these animals, though. They do a good job, but I still feel a little bad for the animals in captivity. I think they would rather be somewhere else. But, that being said, the zoo is an educational place and children love it! 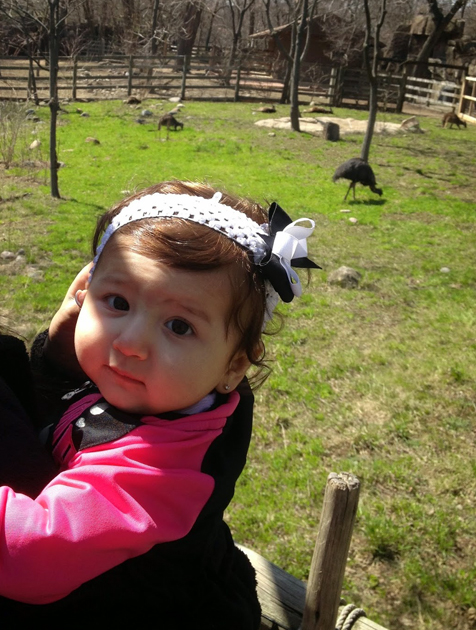 The trip wasn’t wasted. Brynlee had a great time. She didn’t really know what all the animals were, nor will she probably even remember this trip, but it was worth the money. I enjoyed it and am looking forward to going back. Take your kids, they will love it!