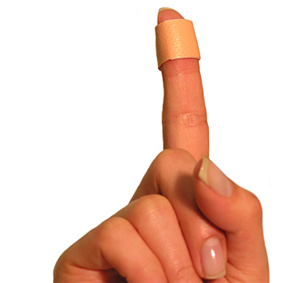 “Freeze! Get on the ground and show me your hands!” Come to find out the Chicago Police really do yell that as they are pointing their guns at you.

I know this because two years ago, the Chicago Police were pointing guns at me yelling this exact thing.

This is how it started:

We decided to take our son, whose middle name happens to be “Dash,” to the Big Winter Fiesta at Navy Pier. It looked like fun and since he is a day care kid, his immune system would be up for the impending battle.

As we drove up to the parking garage my wife and I both told our son: “Dash,” you are not allowed under any circumstances to take off running. You can have as much fun as you want, go on any rides, eat all the junk you want, just no running!” We explained to him that there would be a huge crowd of people and if he took off we could lose him and it was potentially dangerous.

Apparently what he heard was, “The second we turn our backs, take off as fast as you can and hide so we can’t find you and have to get the police involved and have to shut down the entire Navy Pier after an extensive search.”

After ten minutes of running and panicked yelling by both me and my wife, we had to get the police involved. Now everyone was looking for “Dash.” The “thoughts” started to take over my brain as every minute passed. Panic had set in and the police were trying to get us ready for “next steps.” A parent’s worst nightmare.

I decided to walk off on my own to clear my head and that’s when I walked past the display of trucks and SUV’s from a car company. It was just a glance, but out of the corner of my eye, I saw tiny little hands on the steering wheel of a pickup truck. My blood boiled with anger and relief as I reached in and grabbed him. I wanted to hug his brains out and strangle him at the same time. My son was alive and well and was goofing off inside a display!

Before I could make a decision on whether to hug or strangle him, a policeman saw me grabbing “the missing kid.” Not knowing I was his father, he pulled out his gun and yelled those words. Luckily we worked it all out, calmly and slowly, and we took our young fugitive home.

After a lot of research and discussion, we decided “Dash” needed a leash. I have always thought the parents who leash their kids were cruel, but after the Navy Pier incident, it was time for something drastic.

We opted for the simple arm leash. It’s a Velcro strap that goes around their wrists, it’s not big or uncomfortable like the backpack leashes. We discussed what was happening and why and told him he would have to wear the leash until he learned not to run away. We spoke to a child psychologist and explained the situation and he predicted it would take about two weeks, if we were diligent.

Unlike our dog, we never yanked on the leash, it was more like we were always holding hands, gently. He was able to walk freely and be apart from us, but when he decided to wander or take off, a little tug and a “Sorry buddy” was all that it took.

Even when we were walking him into school he had to wear the leash. His friends would ask about it and to our surprise, he explained what was going on in a very matter of fact tone.

The child psychologist called it perfectly. After about two weeks “Dash” was more like “saunter casually along.” He learned his lesson; there were no tears or yelling or mental scars. He is still very much a runner, but now he knows to ask, “Can I run?” before he takes off.

The leash is still in the car, but buried under DVD’s and old coupons. It served its purpose and we all learned plenty from it. I wasn’t a “leash” person before the Navy Pier incident, but after, I realized that I am more concerned with the safety and long term well being of my kids that with what other people might think.