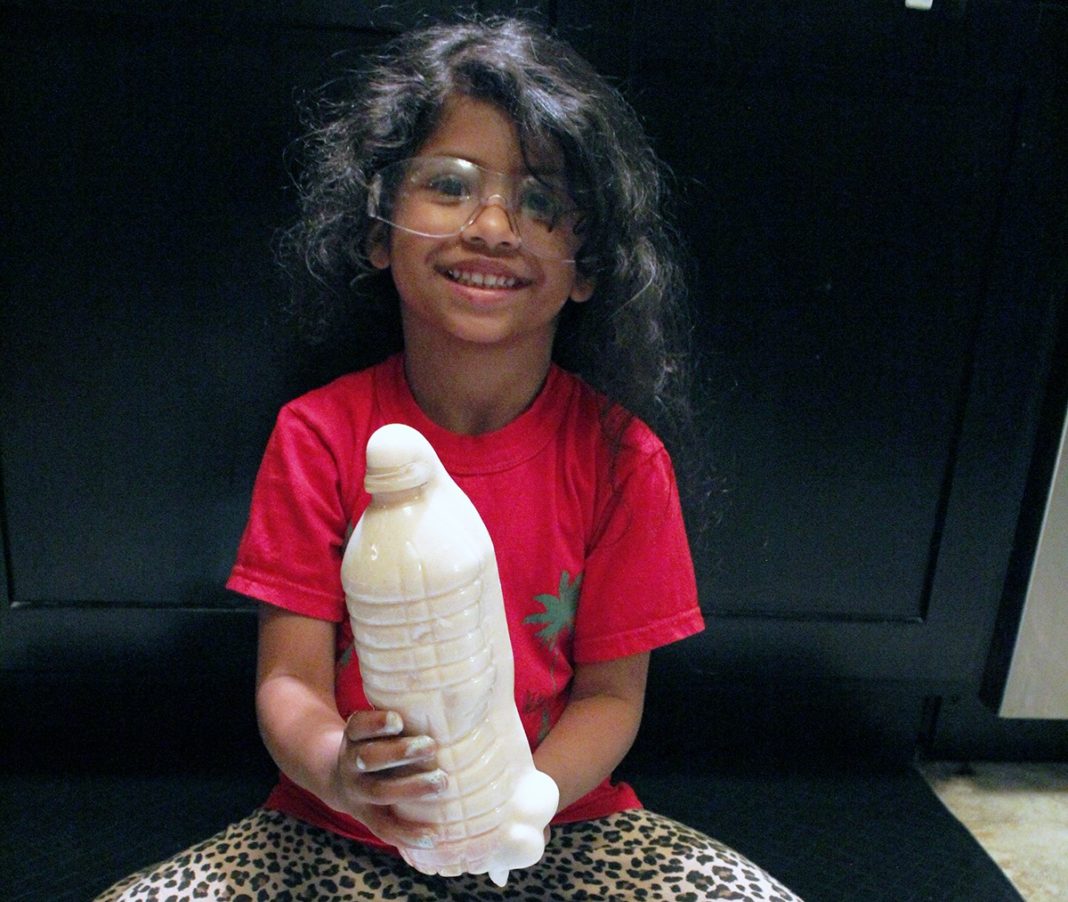 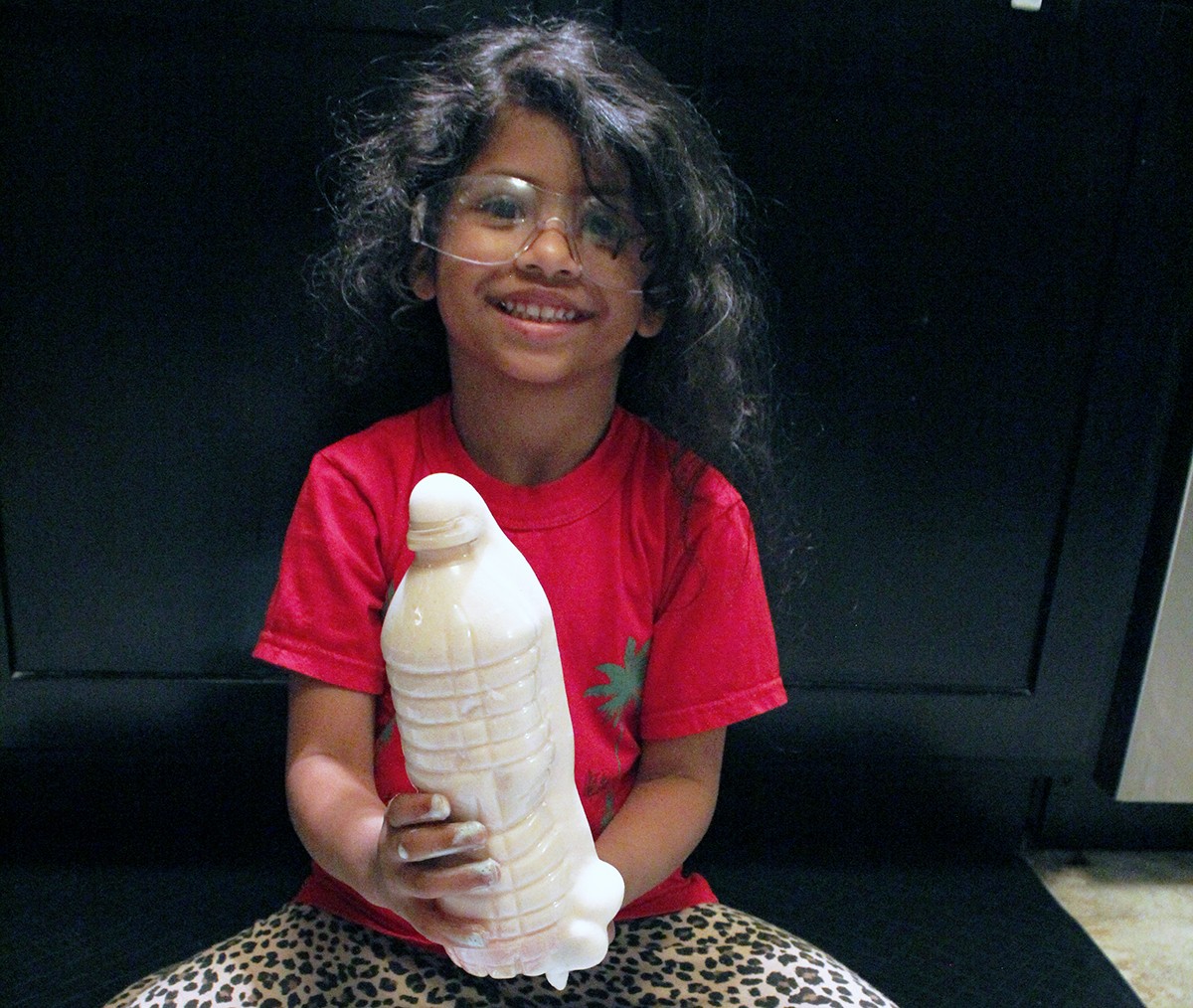 Looking for a new experiment to try out with the kids? Here’s one that has been around for ages and is still so much fun to do: elephant’s toothpaste!

The science behind the experiment

The yeast acts as a catalyst. It breaks down the oxygen from the hydrogen peroxide quickly which creates a vast amount of bubbles. It also gives off heat during the process, which is known as an exothermic reaction.

This is a fun experiment that can entertain all ages. And I do mean all ages. My 15-year-old was just as amazed as my 4-year-old. In addition to the entertainment factor there is also a chance to learn some science.

Here’s what you will need to get started:

A tray to place the bottle in to catch the foam (I used an aluminum tray.)

Pour the half cup of peroxide or developer into the plastic bowl and add the food coloring of your choice. (We added multiple colors but they fused into one color when the action was taking place.) Then, stir in the glitter and soap.

Using a funnel, pour the peroxide mixture into the plastic bottle. We used an empty plastic water bottle but I think the next time we will use a narrower bottle to see if the foam will rise higher.

Place the bottle in the tray, put on your safety goggles and pour the yeast mixture into the bottle.

Sit back and watch the foam rise!

The kids loved watching the foam slowly rise to the top and ooze over “like lava.” You wouldn’t think that only a half cup of peroxide would do much but it oozes for quite a while. My kids were amazed at how a small amount of solution created a tray full of foam!

The fun didn’t stop there, though. After the foam finished oozing, my kids dug their tiny hands into the tray feeling the warm soft bubbles against their skin. They gave each other hand massages, brought some plastic toys in for a bubble bath, then pretended the toys were trapped in lava. It was endless imagination at play.

Plan ahead! We've rounded up some of the best activities and events to do with kids in Chicago and suburbs this month.
Read more
Indoors

Since the pandemic, even more children are struggling with reading. What to look out for and how to help, with advice from Redwood Literacy.
Read more
Guides