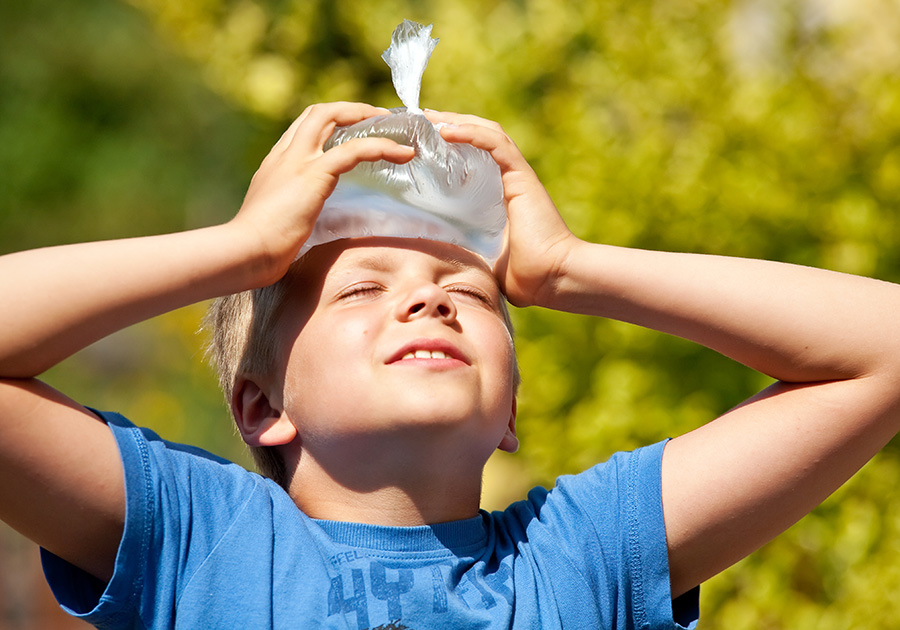 For better or worse, summer is one of the busiest times of year. Between cookouts, vacations and plenty of outdoor activity, someone is bound to end up getting ill or injured. Don’t let sickness ruin your fun. Here are a few tips to help ease the pain and get you back to enjoying your summer as quickly as possible.

Catching the dreaded poison ivy rash can be scary (especially for kids), but not to fear — relief is possible. The plant produces something called urushiol oil, which is what causes the rash. The oil is highly contagious, so Healthline recommends washing your skin as soon as you know you’ve come into contact with poison ivy. You’ll also need to wash your clothing (and anything else that could have touched it, like your shoes or cell phone) immediately in order to prevent further spreading. To ease the itch, you’ll want to take cold water baths and use cortisone or calamine. Some people swear by using a paste of baking soda and water to soothe the skin as well. An allergy pill like Claritin or Benadryl can help keep you comfortable while you waiting for the rash to subside (on average, around one to three weeks).

Picnics = an array of salads sitting in the sun all day. Food poisoning can be hard to avoid over the summer months. If you’re unlucky enough to come down with a case, the Mayo Clinic recommends giving your stomach some time to rest before eating or drinking. Replacing lost fluids is essential once you’re feeling up to having liquids, however, and ice chips or Gatorade is a good place to start. When you’ve reached the point where you’re ready to eat again, avoid dairy and fatty foods and instead opt for bland choices like Jello, soda crackers and bananas until you’re back to 100 percent. Food poisoning typically resolves on its own after 48 hours.

Heat exhaustion can happen quicker than you think. One second, you’re enjoying a day outside, the next, you’re feeling light headed and dizzy. Mayo Clinic suggests getting to a doctor ASAP if you’re feeling confused, having trouble breathing or start vomiting, as you may be suffering from heat stroke, which is more severe. If your symptoms are under control but you’re still feeling the effects of too much sun, going inside and cooling off in the AC, taking a cold shower or bath and laying under damp sheets next to a fan can also be helpful. Once you’re feeling better, stay away from caffeine and alcohol (since they can be dehydrating) and avoid being outside in hot weather for the next several days.

Getting bitten by a tick can be frightening, but it doesn’t mean you’re automatically going to contract Lyme Disease. First and foremost, always check for ticks after being outside for an extended period of time, especially in wooded areas. According to Healthline, they like to hide in warm, moist areas of the body, like your armpits and scalp, so they can be tough to spot at first. If you find a tick on your body, carefully remove it with a pair of tweezers. Make sure to clean the site thoroughly afterwards. If you suspect you’ve been bitten by a tick, contact your doctor immediately, especially if you’re exhibiting a rash or fever, nausea and weakness. Antibiotics may not be necessary, but it’s best to err on the side of caution.