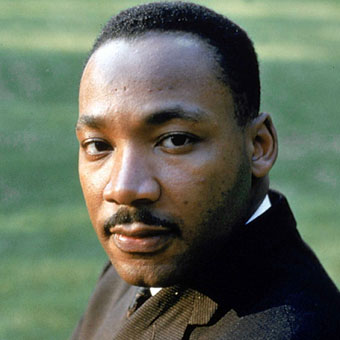 The celebration of Rev. Dr. Martin Luther King, Jr.’s birthday has become very special to me. As a child it was about a day off from school or class assignments centered on his prolific “I Have a Dream” speech and the March on Washington. It wasn’t until I left home for college that I began to interact differently with his legacy. It was then that I learned that he was more than just a Southern preacher with a dream. He was a man who imagined a world that didn’t exist.

He was a radical social activist

He was concerned with the plight of all marginalized communities

His dream hasn’t been actualized. Yet.

A New Way of Thinking

I know that race is not an easy topic for many parents to speak about with their children. Perhaps they think that by not talking about it they are raising their children to function in the same world that Dr. King imagined. Instead, I think some parents have unconsciously created what Duke University sociologist Eduardo Bonilla-Silva, PhD calls “colorblind racism.” This concept means that we can say, “I don’t see color!” yet maintain beliefs that certain groups of people are inferior or incompetent. To do this is to ignore one of Dr. King’s primary goals: creating a just world. Can we have a just society if we hold onto stereotypes about one another? Dr. King’s work was about breaking down barriers that keep us all from getting to see beyond (but not forgetting) color. Our cultural heritage is an important part of who we are, but it’s not all we are. What a radical idea.

When my son was in Kindergarten I asked him what he had learned about Dr. King in school. He cheerfully responded, “He wanted to free Black people!” I smiled as a mother does when their child is excited about something and said, “He wanted all of us to be free.” In his Letter from a Birmingham Jail King writes,

“I am cognizant of the interrelatedness of all communities and states. I cannot sit idly by in Atlanta and not be concerned about what happens in Birmingham. Injustice anywhere is a threat to justice everywhere. We are caught in an inescapable network of mutuality, tied in a single garment of destiny. Whatever affects one directly, affects all indirectly.”

This was written after his trip to places like Ghana and India where he was able to witness countries that were fighting for independence. While he was unquestionably concerned with the plight of Americans of African descent, he was also trying to make us global citizens.

A Dream in the Works

One of the reasons that I moved to my ‘burb was because of its emphasis on diversity of all kinds. On the outside there’s a nice racial, ethnic, socioeconomic and religious mix of people. When I take my son to the park I feel like I’m in Dr. King’s utopia. However, now that I’ve become more involved in our school’s PTO, I recognize that there are some issues that need to be addressed. There’s a frightening achievement gap between racial groups and students of different socioeconomic backgrounds. This school year was my first real introduction to the Common Core standards with its emphasis on preparing children for college and career.

However, I’m not sure what role, if any, it plays in helping to address the achievement gap. This is not to absolve parents from their role as primary educators, but it’s never that simple. We still have work to do.

“Now, in order to answer the question, ‘Where do we go from here?’ which is our theme, we must first honestly recognize where we are now. As citizens of a global community, let’s raise our children to acknowledge injustice and work towards repairing it. Then we can all be free.”

From special museum exhibits to our favorite hiking spots, get ready to have the best Spring Break ever with these fun activities for kids.
Read more
Indoors