Here Are the Best Pies to Devour on Pi Day 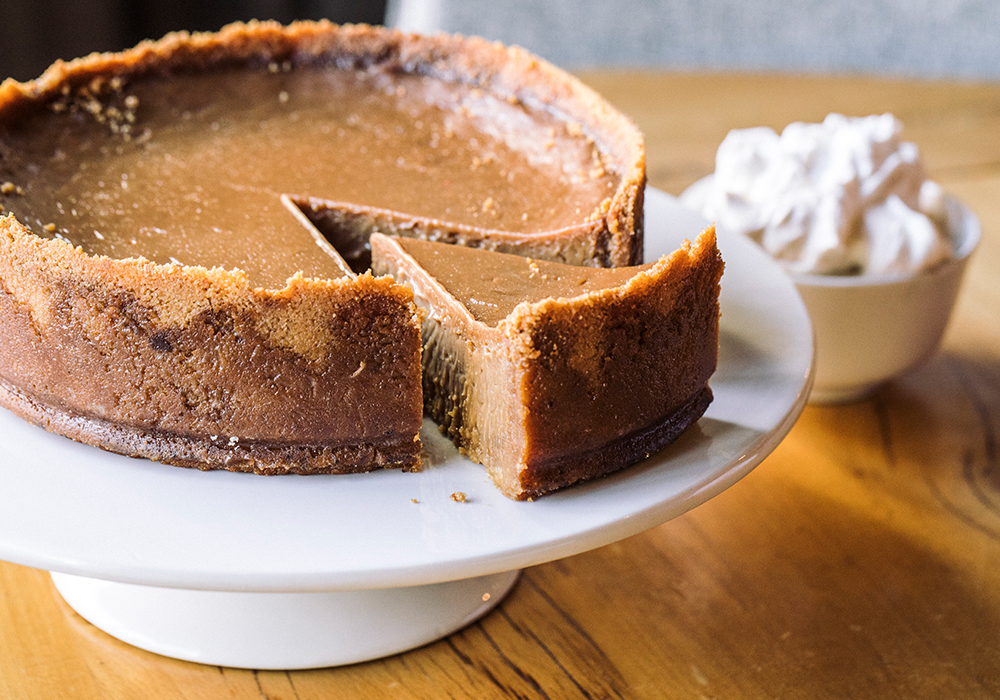 March 14 is Pi Day, a day to celebrate the mathematical constant 3.14 and eat lots of pie. OK, who are we kidding? It is just an excuse to eat lots of pie. No matter how you slice it, the Windy City does not disappoint in this category. From traditional dessert pies to famous pizza pies and everything in between, here are the best of the best Chicago pies.

Lito’s Empanadas is a tiny takeout joint in Lincoln Park and Pilsen with a hidden gem on its menu: the #7. The Hawaiian Empanada is good for breakfast, lunch, dinner, snack or all of the above. It’s a savory dish loaded with pineapple, ham, mozzarella cheese and roasted red peppers served with a side of house-made green chili sauce that packs a punch. (If you’re looking for something a little sweeter, kids swear by the #10 – Nutella & Banana.)

If chocolate pudding and pie had a baby, this would be it. The River North steakhouse is known for this dessert, which has a thick pudding-like texture and intense chocolatey taste. Sitting on top of a chocolate crust and topped with caramel whipped cream, you’ll need to take a few breathers in between bites if you plan to finish it in one sitting. If you can’t secure a table, not to worry, this delectable dessert is on the a la carte takeout menu.

Four words: Dark. Chocolate. Pecan. Pie. Baked into this spectacular pie is all the goodness you can expect from those four magical words. Even better, this little bakery is home to a transitional employment program that helps at-risk and homeless youth ages 16-24 with paid jobs and job skills classes!

Once upon a time, in 1890, a sales associate at Marshall Field’s named Mrs. Herring fed a very hungry client a piece of her homemade pot pie. The dish was so well received, word spread and shoppers flocked to the store just to taste the dish, which eventually landed on the menu in what is now known as the Walnut Room. Today the dish remains unchanged. Once you try it, you’ll live happily ever after.

Chocolate Bacon Bourbon Pecan Pie from Justice of the Pies

A post shared by Justice of the Pies (@justiceofthepies)

This online shop is pie exclusive, with savory, sweet, tart and quiche options – all of them a special taste of heaven. The Chocolate Bacon Bourbon Pecan Pie is a mix of both the savory and the sweet, with the addition of bourbon making this pecan pie the perfect taste! Order online at justiceofthepies.com.

The perfect way to combine two comfort foods – the pizza and the pot pie – this made-from-scratch single serving dish can be stuffed with all of the meat and cheese your heart desires before it is smothered in a special tomato sauce that simmers for eight hours. It’s all held together in a triple raised Sicilian style dough crust. You can even buy them frozen to take home and surprise your family on a non-pizza night.

The name – Possum Pie – might make you say “What?!” but the taste will make you say “Wow!” The crust is a pecan shortbread with a filling of dark chocolate pudding (the “healthy” chocolate), sweet cream cheese and whipped cream. Buy it by the slice or treat your family to a whole pie, available for takeout.

Oh My! Caramel Pie from Beatrix

A caramel lover’s dream pie, this scrumptious dessert combines the perfect buttery shortbread crust with a creamy, rich interior that’s made with real caramel. Served with a side of vanilla bean whipped cream for dipping (or just for eating alone), with one bite, you’ll see why the dessert is to die for.

Apple with Crumb Topping from Defloured

Every item on Defloured’s menu is gluten free, so indulging in a cookie or cake – or two – won’t hurt. With seasonal flavors at the heart of this kitchen, keeping the Apple with Crumb Topping on the menu all year ‘round is a great feat! It’s also great tasting, and with a taste almost better than Mom used to make, you’ll forget about the flour.

While this pie is pretty to look at, put it in your belly the second it comes to your table and don’t share! A cross between a cheesecake brownie and a flourless chocolate cake, this pie is made with almond cream and topped with dark chocolate drops. Due to its popularity, it’s readily available by the slice or whole pie (hey, we won’t judge). Another bonus? Surprisingly, it’s also gluten-free.

Simplicity shines in this luxurious dessert made basically with sugar and cream. The closely guarded recipe has been passed down from generation to generation in the owner’s family and remains true to its origins. With a flavor palette that’s between creme brulee and caramel ice cream, the brown sugar filling is sweet enough to awaken your taste buds and keep you coming back for more.

This story originally published on ChicagoParent.com on March 13, 2020. It has been updated with the most recent information and can also be found in our March Let’s Go download.

The Centers for Disease Control and Prevention has listed their 2022 vaccine guidelines.
Read more
At Home