A message of peace: What Chicago parents can learn from Malala and their own kids 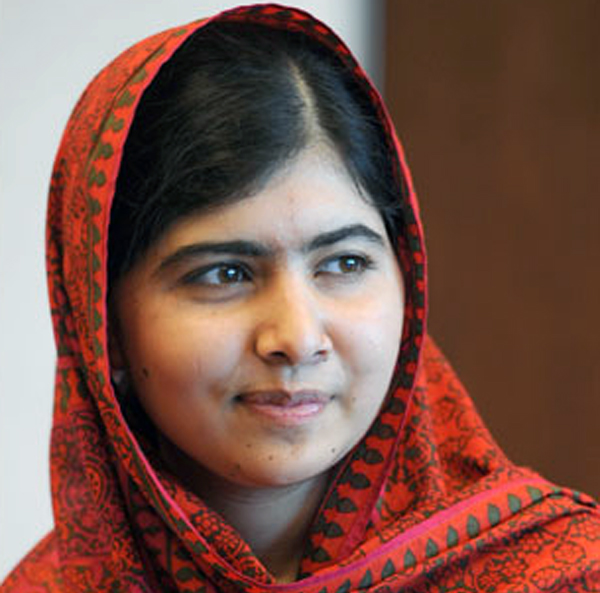 Thanks to my tween and the Norwegian Nobel Committee, I learned three important lessons last week when Malala Yousufzai won the Nobel Peace Prize, which she shares with India’s Kailash Satyarthi.

Both are advocates for children who focus on the importance of education. Thorbjorn Jagland, chairman of the Norwegian Nobel Committee, said, “Children must go to school, not be financially exploited.”

My tween, though, was the one to school me.

Last year, my tween daughter was caught up in the media frenzy surrounding Malala. The Pakistani girl who had been shot in the head by the Taliban while on the way to school had been considered the front-runner to win the Nobel Peace Prize then. The honor instead went to Organisation for the Prohibition of Chemical Weapons (OPCW). My tween was bitterly disappointed.

Malala, however, was not. She made it clear that she was voicing the need to educate children, particularly girls, not to win awards but because, as she says, “One child, one teacher, one pen and one book can change the world.”

My tween followed Malala consistently this past year. When discussing people she admired recently, Malala was still at the top of her list.

When my daughter first declared that she considered Malala a hero of hers, I was certainly pleased, but I admit that I thought my tween’s admiration was fleeting. It was not. Malala made a lasting impact on my daughter. I should have known that she would not be fickle, and trusted her to recognize an amazing and inspiring individual when she saw one.

A delay is not a denial.

When talking about the Nobel Prize, my tween stated that she thought Malala would win this year. I cringed a bit. CNN said Pope Francis was the odds on favorite. I worried my tween was in for another disappointment like last year.

My tween didn’t bat an eye. She said that just because Malala didn’t want last year did not mean that she was out of the running this year because her advocacy work for education was still impressive. A “no” at one point did not necessarily mean a no down the road, she explained to me.

My tween was right.

More importantly, though, what a great example of not giving up, and of how not achieving a goal at some point does not foreclose the possibility of achieving it at another point in time.

Side note: I also learned that popularity does not equal victory and may in fact even work against you (at least, that may be true if you’re up for the Nobel Prize.)

Kids can change the world, and they should be empowered to do so.

Malala is 17 years old, making her the youngest Nobel Prize winner ever.

Thorbjørn Jagland, chairman of the Norwegian Nobel Committee, recognized the power young people have. “Despite her youth, Malala … has shown by example that children and young people can contribute to improving their own situation,” he said.

At a press conference after learning that she had won, Malala echoed that sentiment, saying said that children around the world “should stand up for their rights” and “not wait for someone else.”

I love that she empowered children to have an impact when being recognized for the impact she herself has had.

She also thanked her dad for not clipping her wings and letting her fly she said. It’s such a great lesson for parents everywhere to never underestimate our kids and to help them reach new heights.

They have the ability to amaze us.

The Nobel Prize will be presented on Dec. 10, the anniversary of prize founder Alfred Nobel’s death in 1896, and my tween and I will be very much looking forward to hearing Malala’s speech at that event. I expect we’ll both continue to learn a lot from her.

These recipes will give your kids the fuel they need to get going for the day.
Read more