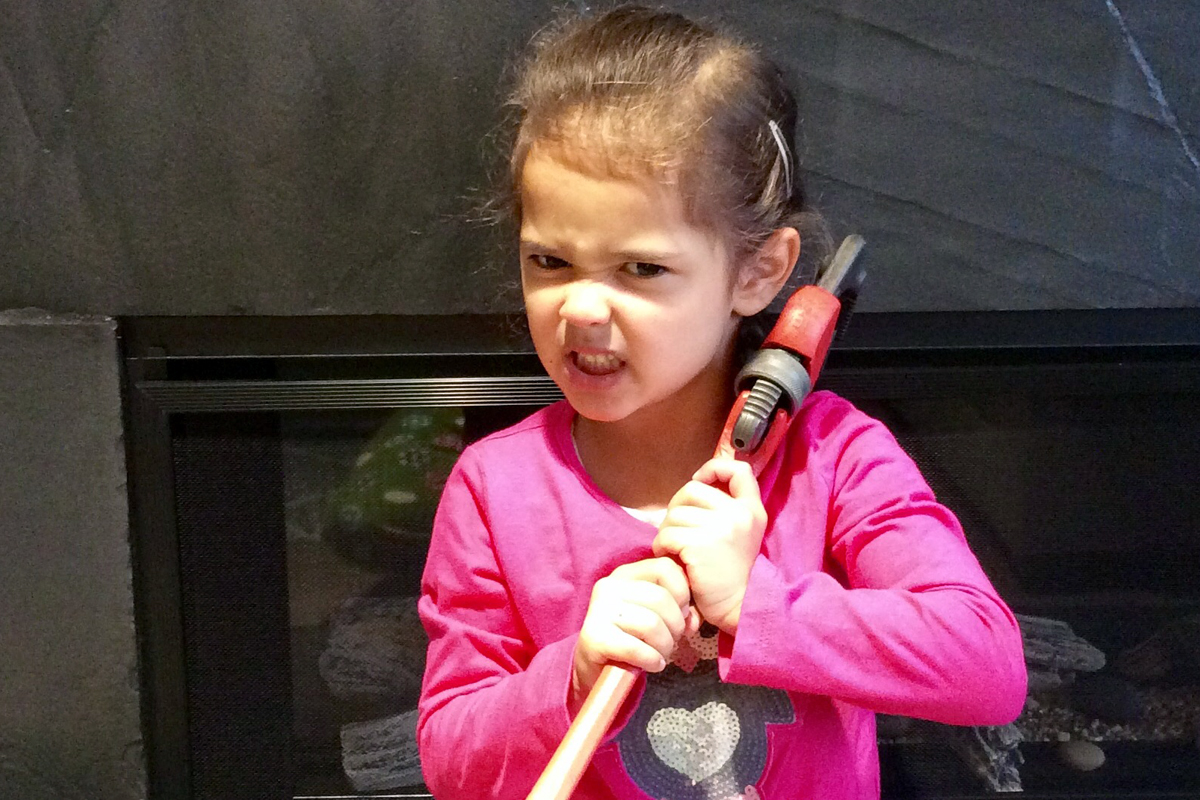 DISCLAIMER: The opinions expressed here solely represent those of the blogger and not those of Chicago Parent.

This week’s blog post is by The Paternity Test co-host Matt Boresi, who lives in the Edgewater Glen neighborhood of Chicago with his wife (“Professor Foster”) and their 4-year old daughter, Viva, who is suing for a refund from the now-defunct Trump Preschool.

The votes are in, and thanks to enthusiastic right-wing voters, conscientious third party voters, voters who stayed snuggled in their homes, an inscrutable 18th century electoral system, and the assistance of those great patriots James Comey, Julian Assange and Vladimir Putin, you’ve now had the privilege of telling your child that their next president will be a shrieking, illiterate Dreamsicle in a shapeless suit.

Donald Trump will soon be occupying the same office Abraham Lincoln once held, but unlike that low energy loser from Illinois, the Donald is going to make America great again. I know because he sold me a $25 baseball cap that says so, and you can’t argue with a primary color and the repeated use of the word “great.”

Life is about to be very different with a new sheriff in town, at least if his campaign promises tell us anything. (And given Trump’s long history of honesty and personal conviction, why shouldn’t we take him at his word?) We haven’t got long to prepare for his ascension, so I’ve assembled a short list of presents you can give your kid this December to ready for them for our soon-to-be great new nation and all its great greatness.

President-elect Trump’s skin might look like Mario Batali’s Crocs, but it is not nearly as thick. He has vowed to “loosen libel laws”–which requires fiddling with the First Amendment–to prevent the press from making him look bad (which usually involves printing things he’s actually said). Should Trump successfully curtail freedom of the press, and should your child want to get their information from someplace other than Breitbart, they may need to pass secret notes with their other friends in the rebellion. Invisible Ink can be purchased locally at The Wicker Park Secret Agent Supply Co. and proceeds support 826CHI, a not-for-profit promoting free writing classes for grades 6-12.

Mr. Trump doesn’t go to Washington alone, he’s bringing with him Indiana’s favorite science-hating, enemy of women and the LGTB community, Mike Pence. Afraid your child is looking a little … wimpy? Perhaps they best bulk up before Mikey P sends them for conversion. Perhaps your children need a few moves to protect themselves from the bullying that has already begun? Chicago’s Thousand Waves is a not-for-profit, volunteer sustained program supporting anti-violence through karate for adults and kids.

Perhaps it would be best if you just teach your child to perform medical procedures at home. Grab your little Doc McStuffins a doctor’s kit at any of Toys et Cetera’s three Chicago locations.

The president-elect tells us that Mexico sends us its “criminals” and “rapists,” and that we should ban the entry of “certain people coming from certain horrible … where you have tremendous terrorism in the world, you know what those places are.”  (His ban has disappeared from his website, btw. It’s almost as if he just makes stuff up? … Nah.)

Maybe your kid needs to lose that foreign accent because they sound suspicious. There is a lot of speech therapy available all around this “hell” we call home.

Donald Trump is the business man who can kick our economy into gear, as his long history of business successes clearly demonstrates. Revel in his success with a Trump steak washed down with some Trump vodka under your framed diploma from Trump University!

He’s a got a great budget plan and even better plans for trade. It’s fun to spend wildly on infrastructure while eliminating revenue! Go 45 percent tariffs and trade war with China! Go collapse of American GDP and a global recession! My hat says this is great! Everything is great! He also wants to deregulate financial services and privatize social security because nothing ever goes wrong when we deregulate financial services.

Perhaps your child needs to put their money in a case and bury it in the yard. There’s a lovely piggy bank available at Lincoln Square’s Timeless Toys.

No one respects women more than Donald Trump. “My women are beautiful,” he boasts presidentially. None more so than our new first lady, speech-plagiarizing model Melania Trump.  It’s time your frumpy daughter learned to gussy up so she can perhaps marry a real estate developer someday, too!

This Bratz Doll wears boots with six-inch heels and a mini-skirt, and is all dressed up to head to the Kremlin and meet Putin. He’s a great leader!

One final gift item your child might find useful when they greet tomorrow’s dawn: