Get your family into the Super Bowl spirit in Chicago 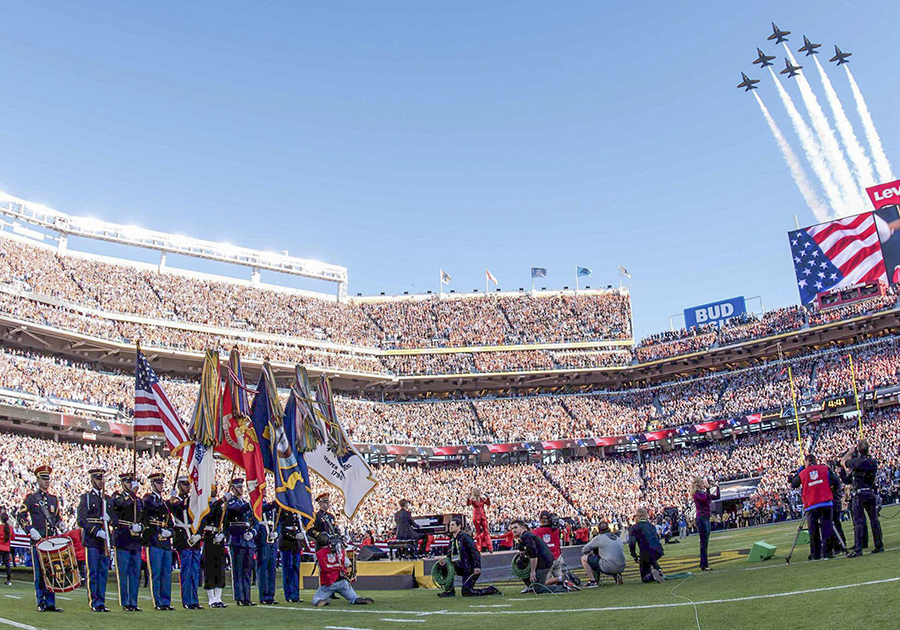 Our beloved Bears may not be playing in Super Bowl LII this Sunday, but there are still plenty of fun ways for Chicago families to get into the spirit of the big game. Whether you’re rooting for the Philadelphia Eagles or the New England Patriots, or taking a neutral stance, Super Bowl-related fun can be found locally.

Philly-style soft pretzels are twisted by hand and served fresh from the oven at this Naperville spot. Mini pretzels are a good size for little ones, and if you want to go full-on Philly, opt for the cheesesteak pretzel. They also have party trays if you’re hosting friends and family or needing an item to take to a Super Bowl party.

If you love the Eagles, spend time observing a real bald eagle

“Fly, Eagles, Fly!” is a popular rallying cry for the team. And given that bald eagles can have a wingspan of up to eight feet, it’s an impressive sight to behold in person. Your best shot for doing so is to head to the zoo. Check out the bald eagles residing in the mesh aviary in the Great Bear Wilderness exhibit at Brookfield Zoo or the Regenstein Birds of Prey exhibit at the Lincoln Park Zoo.

It may be a challenge to see bald eagles in the wild, but the folks at the Will County Forest Preserve report recently spotting an immature one (without the distinctive white feathers, which come with age) at the Rock Run Rookery Preserve in Joliet. There have also been several eagle sightings at Lake Renwick Preserve in Plainfield.

If you’re a Patriots fan, or one who swoons for seafood, head to Ravenswood and grab some New England taste treats

Ravenswood may not be Foxborough, MA, but it has some Boston-style treats that you don’t want to miss. New England clam chowder springs to mind as the quintessential New England food. There’s a raging debate about where to find the best version in Chicago, and Glenn’s Diner & Seafood House is often a top contender. This neighborhood fixture at 1820 W. Montrose not only serves delicious chowder and seafood, it’s family-friendly. Even better, breakfast is served all day and even offers a dozen kinds of cereal, which great for kids (or adults) who aren’t so into chowder.

Sweet Sensations Pastry is just down the street at 1918 W. Montrose and they have delicious Boston Cream Pie cupcakes. They’re not open on Sundays, though, so be sure to pick up before game day. They’re so good you’ll cheer, even if the game isn’t on.

If you’re feeling patriotic, check out these nods to revolutionaries around Chicago

The Patriots logo is a minuteman known as Pat Patriot. There are not a lot of references to minutemen around the city of Chicago, although there is a playground at Minuteman Park, 5940 S. Central Ave. in Chicago. It’s so named because it opened during the 1976 Bicentennial celebration.

At the Art Institute of Chicago, you can see a portrait of George Washington in Gallery 167 and colonial-era rooms as part of the Thorne Miniature Rooms. Another option is visiting the Nathan Hale statue outside Tribune Tower at 435 N. Michigan Ave and learning about him through Statue Stories.

Or head to Hamilton. The musical doesn’t feature any of the Boston-based revolutionaries, but one song references John Adams. After all, they were on the same side. Try entering the digital lottery for $10 tickets.

If you’d like to reminisce about the ‘86 Bears, or are just counting down the days to Opening Day for the Cubs, head to the Chicago Sports Museum

You can try on a replica of William “The Refrigerator” Perry’s Super Bowl ring, which is the largest one ever at the 8,000 square foot space. There are also virtual reality games which let you and your kids test your football skills. More of a baseball family? The museum also claims to have Chicago’s large collection of 2016 World Series memorabilia. After your visit, grab a bite to eat at Harry Caray’s 7th Inning Stretch restaurant, which is next door. (Get complimentary admission with minimum restaurant purchase.)

If your family loves animals, plan on watching Puppy Bowl on Animal Planet

Puppy Bowl, featuring adorable pups in what is billed as “a competition of cute and a dedication to dogged determination” kicks off at 2 p.m. on Animal Planet. You can stream the Puppy Bowl Pre-game show any time you want between now and Sunday on the Animal Planet website.

The puppies competing are all shelter dogs from around the country. If you’re looking for a pet for your family, you can see some adorable dogs (and cats) in need of homes at PAWS Chicago, which has adoption centers in the city and in Highland Park.

If you’re looking for Super Bowl party ideas for kids, find some here.

The Hyde Park nonprofit is inviting children of all colors and backgrounds to play, learn and grow together.
Read more
At Home

These snacks will put the "super" in your Super Bowl watch.
Read more
Guides

Plan ahead! We've rounded up some of the best activities and events to do with kids in Chicago and suburbs this month.
Read more
Camps

"Everything I ever needed to know to succeed in life, I learned at summer camp."
Read more