‘Falsettos’ shares a touching tale about love and family 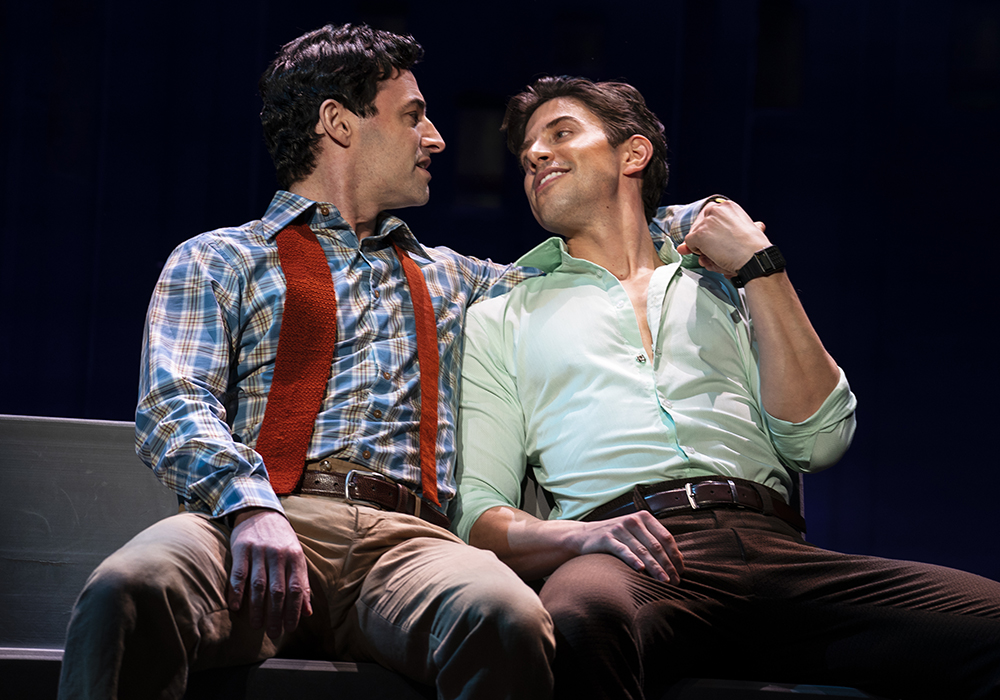 The original “Falsettos” Broadway production premiered in 1992 in a time where the concept of a modern family was still new to most audiences.

“Falsettos” is not a musical for everyone. There are no big dancing numbers and flashy jazz hands. This musical is deeper than that and for good reason. Now, 27 years later, the show resonates even more in our growing world of blended and LGBTQ families.

It’s 1979 and we meet Marvin (Max Von Essen), a gay man who left his wife and son to be with his lover, Whizzer (Nick Adams), but still wants to keep his Jewish family close. His ex-wife, Trina (Eden Espinosa), speaks to Marvin’s psychiatrist about the end of her marriage. Meanwhile, her son, Jason, is not happy with the new situation and dealing with his own developing emotions as a preteen. 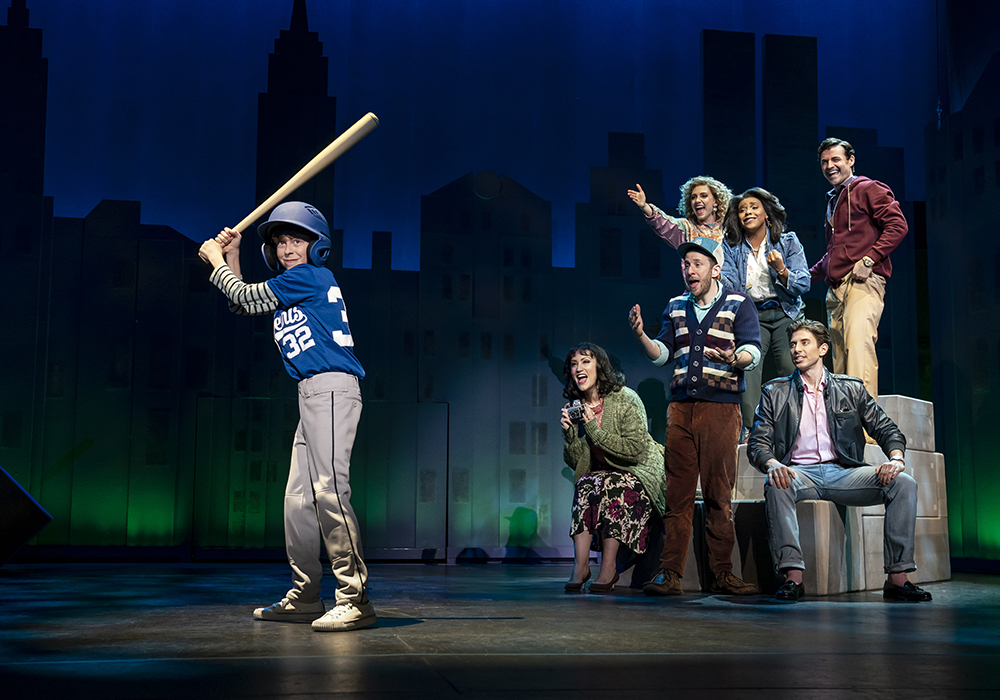 William Finn (music, lyrics and book) and James Lapine (book) explore this theme with family and relationships during the early years of the AIDS epidemic. They showcase different stages of love: “Love is blind/Love can tell a million stories.” And love is not a blissful feeling for everyone: “Love’s unkind/Spiteful in a million ways.”

Through each song, we can hear every character’s struggle whether it’s Marvin who wants it all, including a “tight-knit family” and Whizzer, even though his life begins to spiral down when Trina starts developing feelings for his shrink, Mendel (Nick Blaemire).

The chemistry between the cast still makes you love this family because as dysfunctional as they are, they love and support each other, even when their situation is out of the norm for them. Other beloved friends come in the picture as well—Dr. Charlotte (Bryonha Marie Parham) and Cordelia (Audrey Cardwell) aka as the “lesbians from next door”—reminding us that love and support can come from anyone. 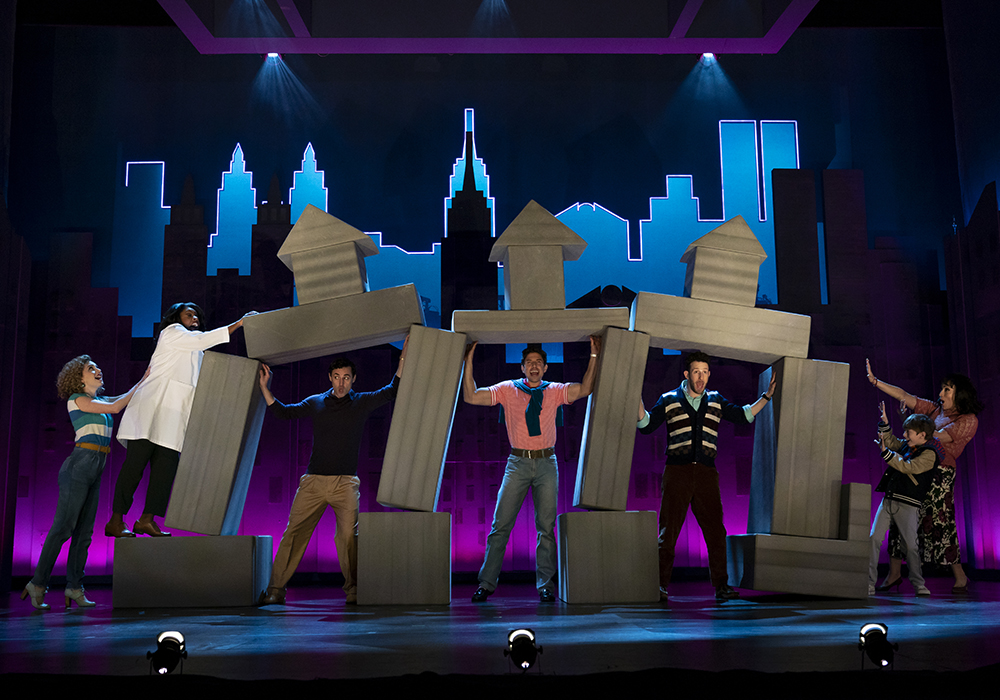 Humor is key in the music to make us laugh along as well. For example, Jason (Thatcher Jacobs on opening night), sings side remarks like “Just because you failed as parents” and fighting with his parents on not wanting a Bar and Bat Mitzvah. Mendel helps Jason with some therapy—“Everyone hates his parents – that’s in the Torah!” It’s also worth mentioning that the set design by David Rockwell adds to the story with its contemporary idea of the cast moving blocks around to help visualize the story.

While “Falsettos” does contain intense adult themes and strong language, don’t stay away on taking your older kids and teens to the family musical. We recommend it for ages 12 and older, since the story shares a powerful message on love and family that many will still appreciate for years to come. 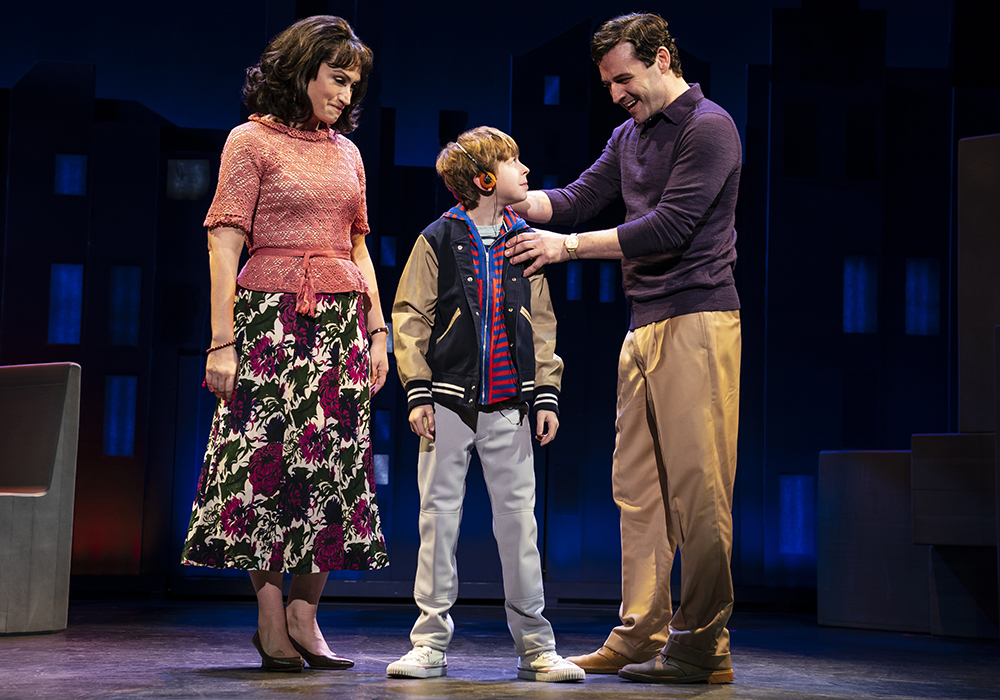 Recommended for ages 12 and up