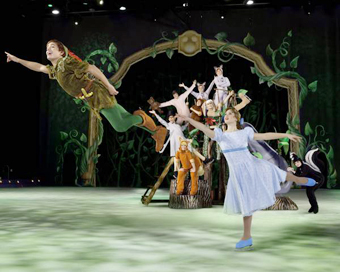 I‘m not going to lie. I took my twins to a Disney on Ice production thinking I might zone out while the kids were enthralled with skating and flying princesses. Not so! I actually had just as much fun as they did watching lovable characters-Simba from The Lion King, Peter Pan, Alice and the Mad Hatter, Rapunzel, and of course Mickey, Minnie, Goofy and Donald.

Don’t tell anyone, but I even got slightly misty during the Circle of Life song.

Make plans now to attend the Rockin’ Ever After production at the Allstate Arena and United Center in January and February.

Starting Dec. 13, ChicagoParent.com will
be giving away three family four-packs to Rockin’ Ever After. Be
sure to stop by for your chance to win free tickets!