The Need for Diapers Is Up 900 Percent in Chicagoland 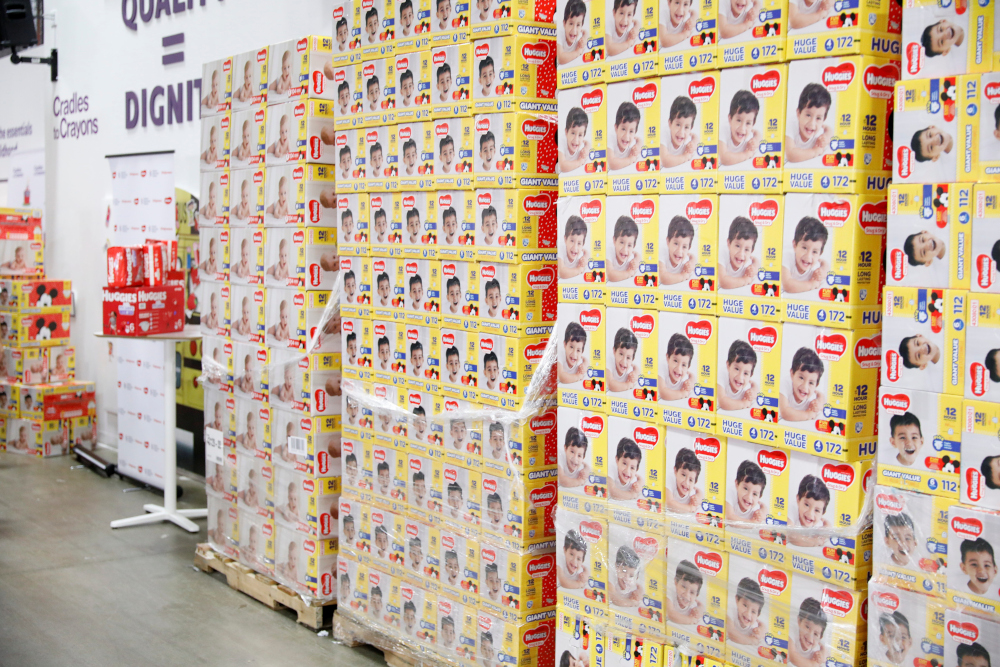 The pandemic has caused so many families to struggle financially, but one area not getting a lot of attention is the number of Chicago area families desperate for diapers.

Cradles to Crayons has seen a need for diapers jump more than 900 percent from last year, says Shoshana Bucholz-Miller, its executive director. “Obviously the need is really overwhelming.”

Now, Huggies and Walgreens are stepping up to help by donating one million diapers, 150,000 wipes and $10,000 to the National Diaper Bank Network. The diapers Cradles to Crayons receives through that donation will go directly to Chicago-area families to help them keep kids safe, healthy and dry, she says.

Nationally, a new study conducted by the National Diaper Bank and Huggies found that one in three families reported a diaper need, with three in five families reporting missing school or work because they didn’t have clean diapers needed for childcare services.

Two in five of the families in need told researchers they keep their child in the same diaper longer, raising the risk of diaper rash, urinary tract infections and other issues.

Families’ needs continue to soar in Chicagoland. Since April 1, Cradles to Crayons, which provides families with new and gently used clothes and necessities as well as essentials such as diapers, has served more than 120,000 children in Chicagoland, up from 100,000 served the entire year in 2019, Bucholz-Miller says. “We are really trying to do our best to meet that need.”

The coronavirus has forced the organization to change up its operations, moving from large groups of volunteers processing the donations in the warehouse to smaller groups with additional safeguards. However, it is still very much in need of volunteers, she says.

To help, sign up to volunteer, donate new or gently used clothes (there are five drop off locations available), or make a financial donation.

Families can help with diaper donations, too. Through September, if you buy Huggies diapers or wipes at Walgreens, Huggies will donate a day’s worth to the National Diaper Bank Network.

“Diapers are a basic necessity for every baby and toddler,” says Joanne Goldblum, CEO of the National Diaper Bank Network.

After watching this sequel, try these activities with your family including a talent show, baked treats and dance party.
Read more
Sponsored Content

These recipes will give your kids the fuel they need to get going for the day.
Read more
At Home

Bust out the lemonade or kick back by the pool and embrace the heat of the season with these summer-themed children's books.
Read more