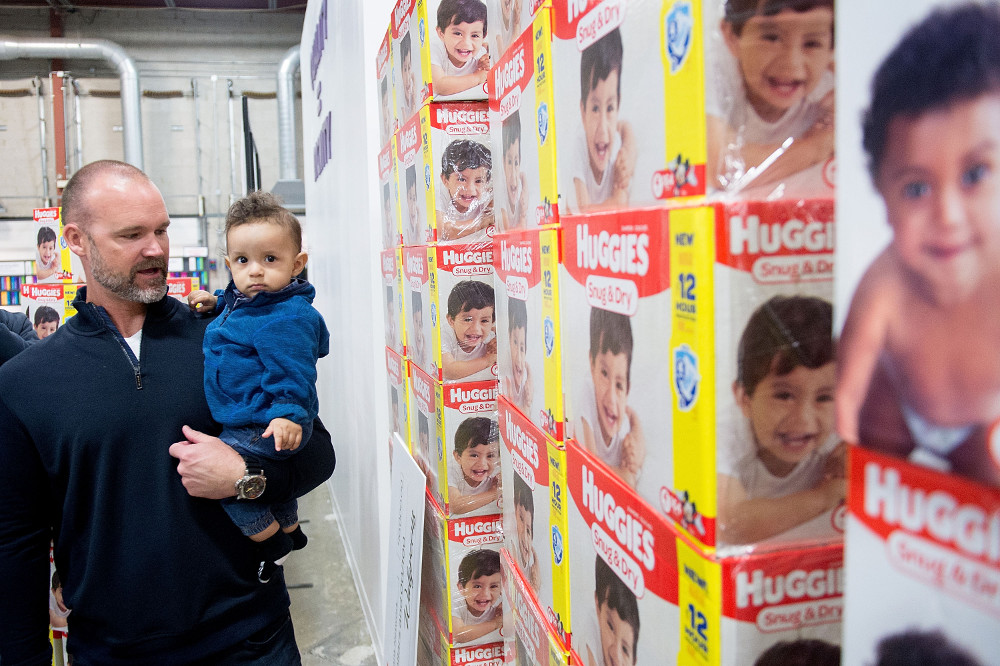 Former Chicago Cub David Ross paid a visit to Chicago on Thursday, but he wasn’t here to talk baseball. Instead, the former catcher for the 2016 World Champion Chicago Cubs used his celebrity to raise awareness about the under-discussed issue of families facing diaper need in Chicago and around the country.

Ross has teamed up with Walgreens and Huggies to be the face of their efforts as they help families unable to provide diapers for their children. Kristine Rhode, senior brand manager at Huggies, says a study in 2011 commissioned by Huggies 1 in 3 families in the United States “struggle to provide enough clean diapers to keep a baby or toddler clean, dry, and healthy.” Forty-seven percent of Chicago families face diaper need. If you’re surprised to hear about the high instances of diaper need, you’re not alone.

A dad of three, Ross says he didn’t know until approached by Walgreens and Huggies. But he jumped at the chance to get back to Chicago to do some good.

Walgreens and Huggies have partnered to provide $10,000, 250,000 wipes and 1.5 million diapers to the National Diaper Bank Network to help families in need around the country. Of that donation, 250,000 diapers are already set to help families in Chicago thanks to Cradles to Crayons, which helps families all across Chicago.

Huggies has partnered with the NDBN since 2011 when Joanne Goldblum,the organization’s founder, reached out asking for help. Goldblum says her days as a social worker made her realize a family’s need for the little things in life (like diapers) can cause a lot of stress and impact a family’s life.

Yesenia Rodriguez, a Chicago mom of three, says main concern during her most recent pregnancy was figuring out how to provide diapers for her baby, Negan, since she is also caring for her older two children and works part-time.

Rodriguez was introduced to Cradles to Crayons at the end of her most recent pregnancy, and she has been receiving diapers since Negan was born last May.

According to NDBN, 65 percent of families in need don’t even know diaper banks exist. Rodriguez says she is so grateful to the NDBN and Cradles to Crayons because they help keep Negan in diapers.To continue spreading awareness, Walgreens and Huggies are providing everyone an opportunity to help. Every purchase of Huggies diapers at Walgreens or at walgreens.com through April 29 will spark a donation toward the goal of providing 1.5 million diapers nationwide. Cradles to Crayons and the NDBN accept donations year-round.