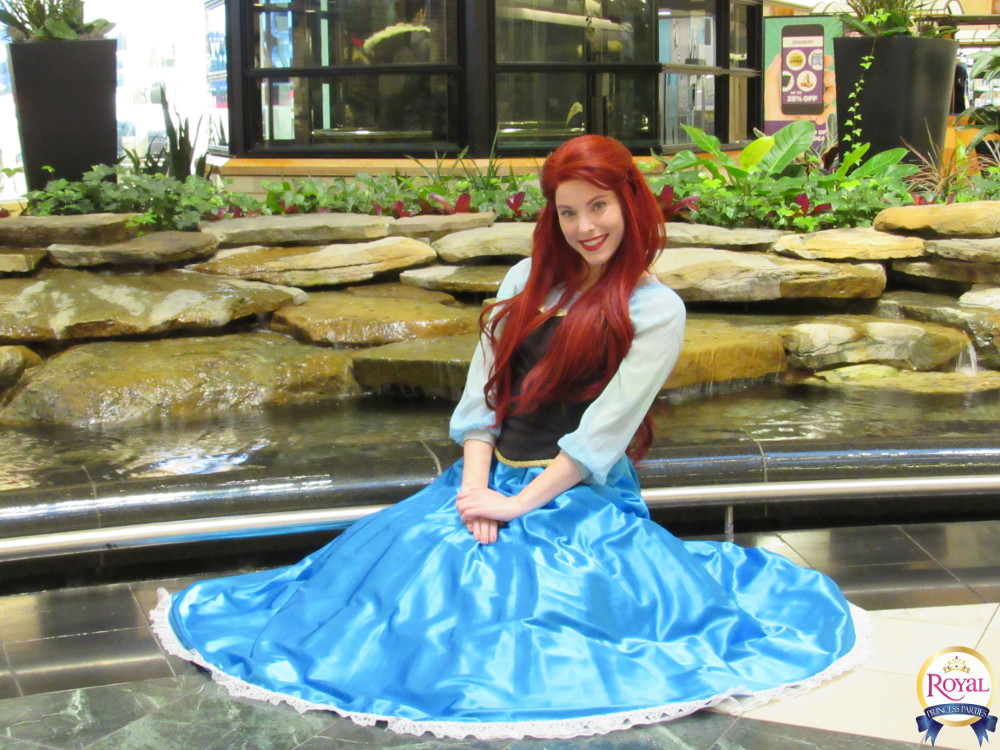 On Oct. 22, the Naperville Yard will be full of fun, music and magic at the Chicago Parent Playdate thanks in part to entertainers that are set to delight attendees, young and old.

“There is nothing more magical than a child’s smile,” says Melissa Duncan, co-founder of Royal Princess Parties. The appearances of Super Royal Girl and the Little Mermaid are sure to get lots of big smiles, and kids can join in and train with the Little Mermaid as Royal Girl teaches her how to be a human hero.

The Playdate is a family affair and that’s also true of Cielito Lindo, a musical group of five young siblings who perform traditional music of Mexico and some Cuban and Latin songs.

The music continues with an interactive musical sing-along show by Scott Ingerson of Twisticity, who promises puppets and lots of surprises at this year’s event. Parents and kids sing along together. “It’s a chance to play with something really important. Music is a wonderful part of life and when you play along with it, you get more out of it. It’s very enriching,” he says. He keeps the show moving to hold the attention of little ones but the memories of having fun together last a long time.

Super Stolie describes her musical performance as a “good time music celebration.” The good news for parents is that celebration gets kids on their feet and doing some energetic and athletic dance moves. “The dances are pretty simple, but it gets them huffing and puffing,” she says. “I feed off the energy that they give me.” She says that every performance is a unique experience, and the Playdate will be extra special, as will her 10th anniversary performance at the Windy City Playhouse on Nov. 11.

Rob Nacu, who is better known as Rob the Magic Guy, has been entertaining kids for more than 25 years, and this marks his inaugural appearance at the Chicago Parent Playdate. He says that kids love the “foolishness and fun” of his family-friendly shows and he includes lots of improv and dry humor to appeal to parents. “Sometimes, parents enjoy it more than the kids, but the goal is to have lots of fun for everyone,” he says. You won’t want to miss him in his David S. Pumpkins suit.

What to wear is just one of many quandaries that people face in a day, and to help with some of those, the WTTW Kids BIG IDEA lab aims to help kids to solve every day conundrums, large and small, while capitalizing on little ones’ natural desires to learn.

“The WTTW Kids BIG IDEA shows are so much fun for kids and adults alike because they give everyone an opportunity to stop and enjoy things that we often just take for granted,” says Grace Winston, senior account executive at WTTW. “We explore everything from emotions to recycling and we do so while wearing our imaginary super cool coats of curiosity!”

Kids’ curiosity will also be piqued when they see the giant dual-lane slide, human bowling, the 40-foot obstacle course and more from The PlayGround Games

“When adults see their kids playing with a lot of innocence and no stress, that brings out the kid inside all of us. They can’t help but join in,” says Ryan Miller, CEO and President of The PlayGround Games. “It’s fun for them, and a fun throwback for the grown-ups.”

We hope that you, your inner child and your children join in the fun at the Chicago Parent Playdate!