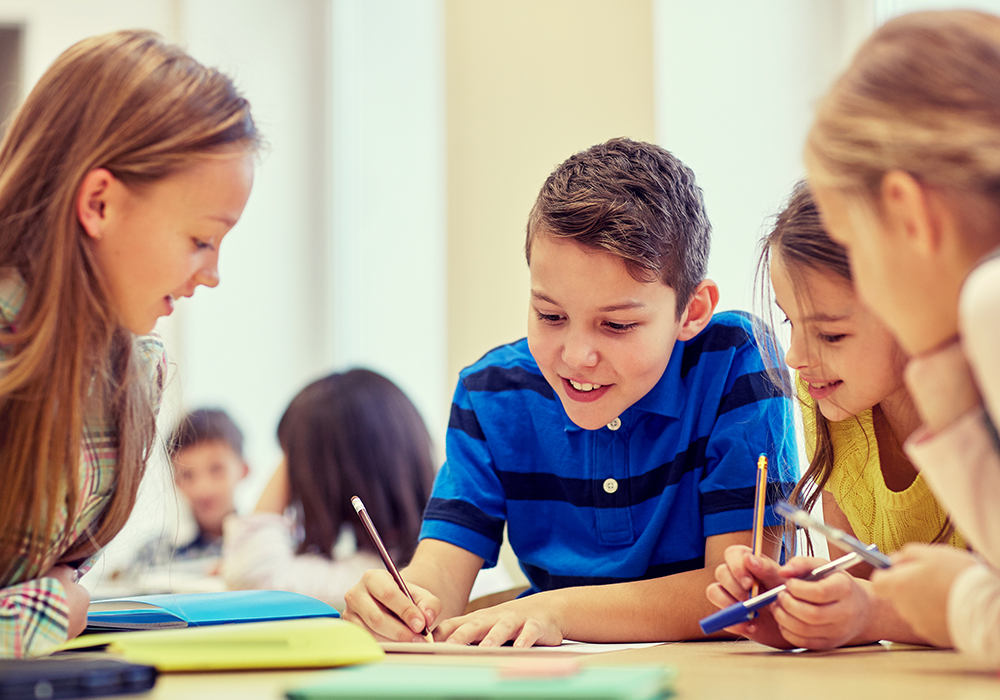 When my second son graduated eighth grade this past June, I was not the joyous mom in the crowd reflecting on how quickly the time passes. I did not shed tears of nostalgia. I did not look out at the graduates and see the adorable kindergartners they once were. My only thought?

Two kids down, one to go.

My older brother John is a junior high administrator. He warned me that these years were going to be rough. He assured me that kids go through kind of an “icky” period but turn out OK in the end.

After countless school emails about kids vandalizing bathrooms, cheating, and engaging in destructive behavior, I was not convinced. It all felt hopeless.

Still, I knew I had to attend the graduation parties and pretend this age group was marvelous.

At one such party, I suspiciously eyed a group of boys playing sports and goofing around. I waited for them to start throwing things at cars or stealing beers.

Instead, I noticed that wherever the crowd went, one boy rested his arm on a buddy and was sort of “led” to the next activity. My initial thought was the kid was just physical, as boys tend to be.

With a shock, I realized the boy was blind.

I spoke to the host who told me this is how the friend group had operated for years. Wherever they went, someone would always take responsibility for ensuring this young man was included and safely transported to wherever they were going.

Instantly, I felt like the grumpy old man yelling at kids to get off his lawn.

I know I can be the unforgiving sort when it comes to my children. Wrong me? I’ll forget about it in a week. Wrong my kids? I will place a pox upon your house and curse your progeny for all eternity.

It’s probably not the healthiest mindset. I may be part Sicilian gangster.

Yet in this one instance, I got a glimpse into the very best hearts of a middle school crowd. A drop of faith was restored. My brother was right. Compassion and kindness were always there, it’s just that kids often bury these under bravado and group think.

But whatever the case, please don’t tell my brother he was right, I have a reputation to uphold.

I suppose there is still a middle schooler in us all.

This article originally appeared in the September 2019 issue of Chicago Parent. Read the rest of the issue.