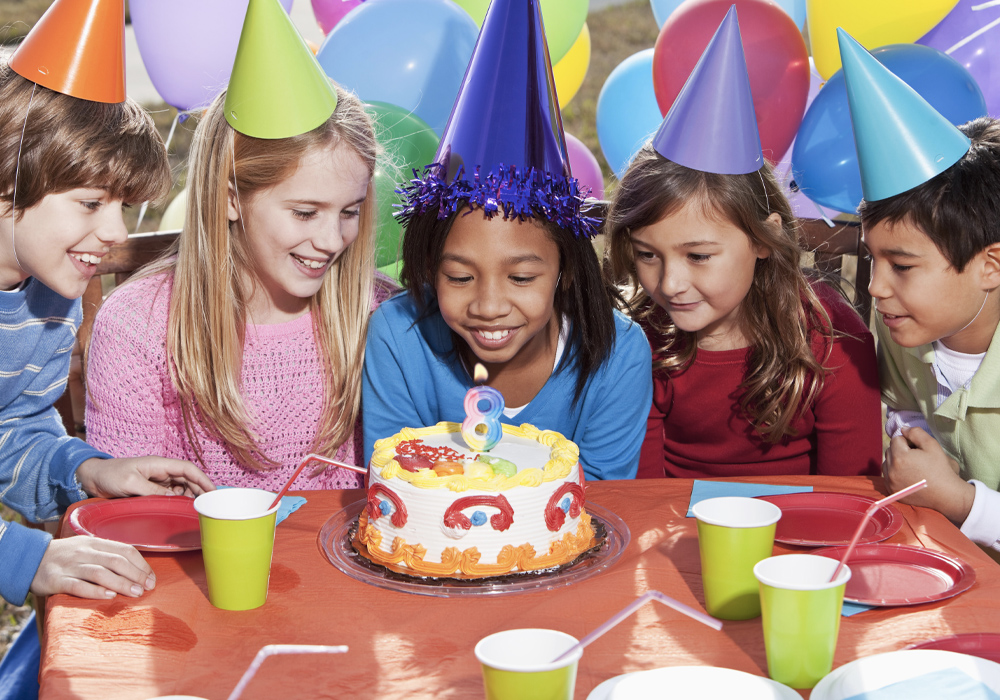 Birthday parties seem simple for kids, but they can raise some tricky etiquette questions for parents. We got answers to some of the trickiest from etiquette experts Daniel Post Senning, author and spokesperson for The Emily Post Institute, and Sherry D’Amico, co-founder and etiquette consultant of the Etiquette School of Chicago.

Do guests always have to RSVP?

“The first rule of etiquette for any guest is that you reply to an invitation,” says Post Senning, who says failure to RSVP is one of the biggest complaints he hears from people when it comes to entertaining.

D’Amico agrees. “It’s just as important to be a good guest as it is to be a good host. Good guest manners begin as soon as you receive the invitation.”

Both experts recommend responding within one to two days of receiving the invitation. “You don’t have to handwrite a reply on stationary. Rather, just match the medium of the invitation. If you get an evite, click the link. If a written invitation has a phone number, call them,” he says.

One reason he often hears for not RSVPing is that guests don’t want to have to say they are unable to attend and disappoint the host. “People don’t want to say ‘no,’ but it really is OK,” he says. “It’s more difficult for hosts when they don’t know.”

Include kids in the RSVP, and if they can, have them click or call so that they learn how and why to respond to invitations.

If an invitation says “No Gifts, please” should you honor that request?

If you feel like you absolutely must give something, Post Senning says do so “with your antenna up and have a little awareness. Don’t make a big show about giving it in front of a lot of people because it brings awkwardness for the host and other guests.”

Is it OK to ask if siblings may also attend a birthday party?

If you’re wondering if it’s a mistake that only one child’s name was on the invitation, chances are that it is not. “Invitations are extended to the people the hosts want to invite and no one else. I would stay away from asking if you can bring your other children,” D’Amico says.

If you need to attend the party with your child who was invited and can’t get a sitter, it’s best to decline the invitation.

What if I don’t know if I should stay or drop my child off at a party?

Post Senning says that if a parent is unsure whether or not to leave kids alone or should stay, it is advisable to ask the host. It’s a perfectly reasonable question and the parent will appreciate you asking rather than assuming.

If you do stay, take advantage of the opportunity to model good manners for your child. Post Senning says that parents should remember that little ones listen closely when parents talk about parties. “If you’re feeling burdened by it, kids will pick up. If you’re enthusiastic, they pick up on that, too,” he says.

Pay particular attention to the greeting and parting. Post Senning says it’s important to do both of those times of transition well and they offer an opportunity to show your host gratitude for including you and your child and all they did to take care of their guests.

At what age should kids be encouraged to write thank you notes?

“There is no exact answer. You know your child and their abilities,” says Post Senning. He adds that it is important to work with children on practicing skills they already have and on developing skills they don’t have yet.

More importantly, he stresses the attitude parents have when approaching thank you notes. “When it comes time to sit down and write them, it’s not ‘we have to do this,” but rather it’s that we want to do it so people know we care and appreciate what they did,” he says.

D’Amico adds that children can “write” thank you notes “as early as they can speak,” explaining that parents can have their little ones dictate the words to them and then the child draws a picture on the card or “signs” his or her name on the note the parent wrote.

“The important thing is to make sure your child thanks guests either with a note, email, phone call or a ‘Thank you!’ in person.”