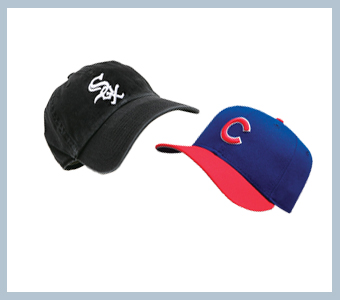 For Chicago baseball fans, next year is here.

A new season brings optimism on both sides of town that the Cubs and Sox will still be playing meaningful games by the time fall arrives.

Although no one can predict on-field success for either team during the 2012 season, you can count on 81-162, if your family has split allegiances-opportunities to see your family’s favorite team in person at Wrigley Field or U.S. Cellular Field. There are also plenty of other ways to enjoy the next six months of baseball in Chicago.

Here’s a few to know this year.

Parents, try not to feel too old when you explain to your young baseball fans that you remember when the new managers on both sides of town started their respective careers. Popular former Sox third baseman Robin Ventura takes over on the South Side. He was a cornerstone of Sox teams during the 1990s along with “The Big Hurt” Frank Thomas.

New Cubs manager Dale Sveum (pronounced Swaym) never wore Cubbie blue during his 13-year career that ended in 1999, although he was a teammate of Ventura’s in 1992 with the Sox. Dig around in the garage enough and you might find some ’90s baseball cards of both players to further date yourself for the kids.

Take me out to the ballgame

The managers and many of the players might be new in 2012, but Chicago’s baseball stadiums remain tried and true in the terms of game experience and offerings. Wrigley Field remains just about the most perfect setting for a baseball game, especially on a summer day when the kids are out of school. History might not be their favorite subject to study, but you can charm them with stories about the players who have graced Wrigley in its 100 years. If that doesn’t work, hang out near the players’ parking lot after the game to try for a few pictures and autographs.

U.S. Cellular Field has plenty to keep the kids entertained even if the game doesn’t keep their attention. Head over to the Comcast Fundamentals area behind the left field stands to swing a bat or pick up a few ground balls. Also keep your eyes open for a something green and furry in a Sox uniform. It’s not the team’s fifth starter, it’s team mascot Southpaw coming to say hello. If you’re at your child’s first Sox game, tell a nearby usher and they’ll usually be able to print up a commemorative certificate marking the occasion.

Whether you’re going North or South for a game, try to get there early to experience batting practice. It’s a chance to get a little closer to the field and chat up the players. Plus, you could get a baseball. Young or old, that’s still pretty cool.

Watching the game is one thing, playing is another. Both teams offer their own camps for young players at locations around Chicagoland throughout the summer.

The White Sox, which operate year-round camps and training sessions at the Bulls-Sox Academy in Lisle and other locations, have more than 20 camps scheduled for players 5-11. Camp participants also get an opportunity for an on-field visit to U.S. Cellular Field and ticket vouchers for a game.

The Cubs are also offering camps for players 5-13 at six different locations between June and August. The week-long sessions include on-field instruction and games, while campers get their own Cubs uniform and a chance to be on the field at Wrigley as part of a stadium tour.

More information on camp offerings can be found by going to cubs.com or bullssoxacademy.com, respectively.

Brought to you by Chicago History Museum
Read more
Guides