Where to Find a Baseball Game in Chicagoland 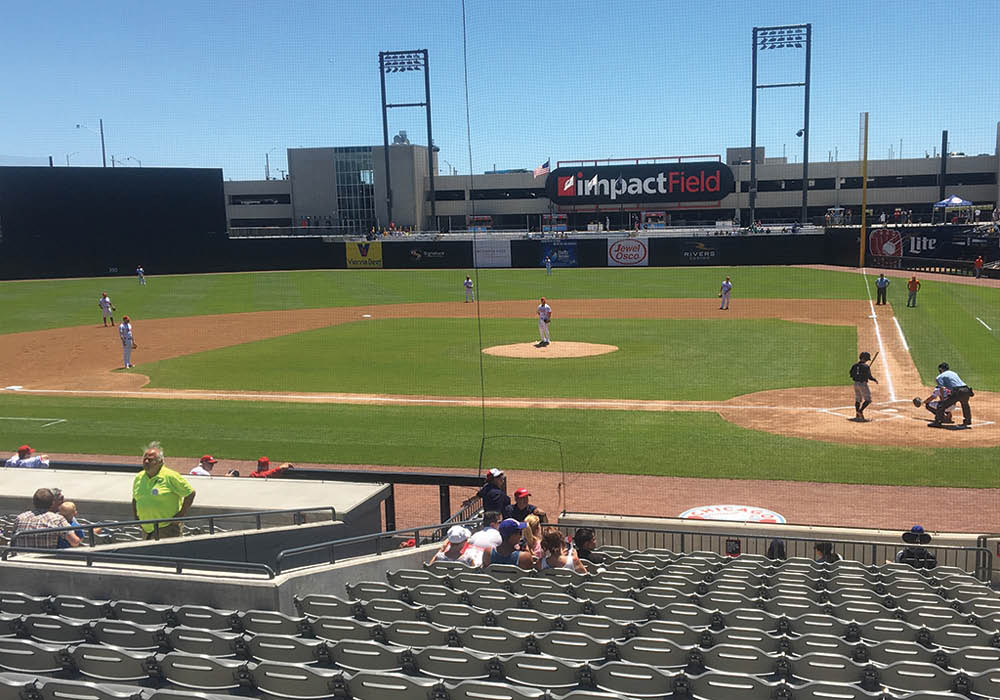 The crack of the bat, the smell of hot dogs and songs about Cracker Jack spell s-u-m-m-e-r.

This summer, the opening of ballparks for fans started a little later.

Major League Baseball allowed players to come back in early July, but closed down the season for minor league teams like the Kane County Kougars. The Frontier League shut down its season, closing up games in Schaumburg, Joliet and Crestwood.

But baseball can still be found in Chicagoland.

Though the American Association is playing a shortened season – 60 games instead of 100 – one of the six teams playing is the Chicago Dogs in Rosemont.

The Dogs season will run through Sept. 10. Preparing for the season meant following new guidelines by the league and getting approval from the state to hold games.

The stands will look a little different – and certainly not be as crowded. At Impact Field, seats can be purchased in groups of two, three, four or seven. A row of seats separates groups of fans, and in rows with more than one group, four seats will separate each block. That means that a full house at the stadium is around 1,300 fans instead of the regular 7,000.

The Chicago Dogs have increased the number of hand sanitizer dispensers around the park, and all fans will have their temperature checked before entering the stadium.

To buy food, drinks or items in the gift shop, fans must pay with credit card or debit card. Cash will not be accepted at the park.

Traditional Kids Zone bounce houses and games have been postponed for the season, as have player appearances and players will no longer throw balls into the stands for fans. For those lucky enough to be picked for a ceremonial first pitch, pitches will be thrown to a family member instead of a player or coach from the Chicago Dogs.

Once in their seats, families and fans can take off masks they wore to enter the park, but on the concourse and in restrooms, masks or face coverings are required.

The Major League Baseball season has been shortened to 60 games, starting on July 23. Part of the agreement between the players and owners to reopen the season was that fans wouldn’t be in the stands for the start of the year. When they’d be allowed in would depend on the process of the COVID-19 virus and the requirements of the city or state the stadium is in.

Phase 4 of Gov. JB Pritzker’s Restore Illinois plan allows for outdoor stadiums to reach no more than 25 percent capacity, but both the Chicago Cubs and White Sox also needed to submit plans to Mayor Lori Lightfoot for approval to let fans in.