When Maximo made his debut last year in the Field Museum, we had wondered where they moved Sue, the largest and most complete T. rex ever found. As one of the most important dinosaur fossils ever found, it was about time to have the therapod dinosaur showcased in their new home in the “Griffin Halls of Evolving Planet.” Well, after visiting the dinosaur’s new digs, here’s what you can expect to see at the entire suite fit for the dinosaur king (or queen, since we do not know Sue’s gender.)

This new gallery does a better job showing everything you ever wanted to know about Sue including how she had been found and how Sue has made an impression on the world. There are also touch screens located throughout that give you more insight into the fierce predator with a fun quiz included.

As you may remember from the past, Sue’s skull had been displayed on the second floor overlooking Stanley Field Hall. Now, it is finally closer to the actual skeleton. Enclosed in a glass case, you can come face-to-face with the ferocious predator’s teeth that could easily crush a car door.

See the star of the show.

After learning about Sue’s beginnings, you’re then taken to another room where the dinosaur is showcased. For a neat experience, I’d suggest grabbing a seat along the wall and waiting for the narrated show. During the show, the lights are dimmed and Sue looks more ferocious than ever! Specific bones on the skeleton are then highlighted revealing healed broken ribs to a jaw infection that scientists say may have led to Sue’s death.

Sue is bigger than ever before.

You may notice that Sue seems a little more (robust) than in the past. Could it be because she is showcased in a new room? In actuality, Sue is actually bigger than before with the addition of gastralia (or belly ribs). When scientists first found the fossils, they discovered a set of bones they didn’t know where it belonged on the dinosaur. After about 20 years of research, they figured out that these belly ribs may have helped the beast breathe. 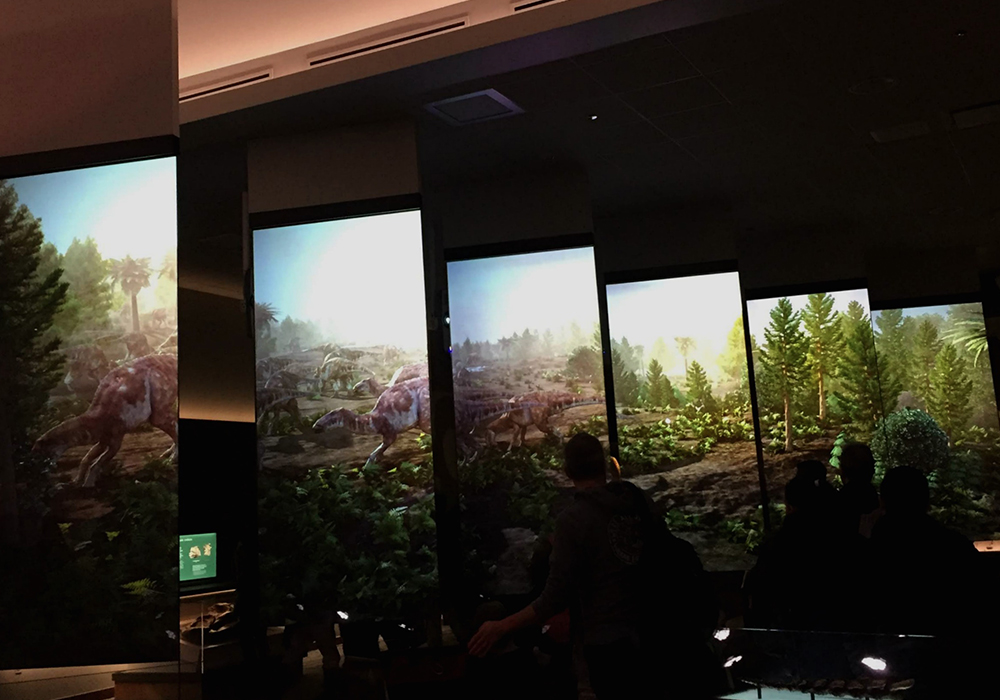 Can you imagine Sue moving through the forest hunting, fighting or even pooping? Now you are able to see it all through projected digital animations. This gets extra cool points by having six separate video screens that form a panorama.

Without a doubt, Sue is the main star in this new gallery but the museum included other fossils and even common prey (sorry, triceratops) found during the same era. Many of these items were found with Sue.